Precipitation did give us a break this morning. The sun shone brightly. Since we’re not too far from the equator relatively, a shining sun means sweltering and scorching heat. Tear glands were overtaxed in their efforts to cool off meatbag human bodies. However, Irfan’s school sports day did not yield to the heat.

Participating with Irfan’s school is its sister school, where the kids wear violet-and-yellow as opposed to Irfan’s blue-and-yellow uniforms. There no real competition, just the kids all having fun doing the stuff they’re doing in the following photos.

In other news, Irfan seemed to be under constant attack by a smaller kid who likes to push him around. From my observation Irfan just avoid the blows until he gets hit then he pushes the kid hard, which dissuades from further attacks for the time being. If this keeps up, I’ll have to write an entire entry around this sociopathic character including pictures (which I already have on file).

Yeah, I’m mean enough to do that to him if he keeps up pushing Irfan around.

In the meantime, here’s the start of the day. Irfan’s already visibly upset because of his nemesis targeting him and physically pushing him around. I really did want to slap the kid silly, but instead I just told Irfan’s teacher who repositioned the two kids further away from each other and whispered something into the assailant’s ear which I guess was some sort of rebuke. 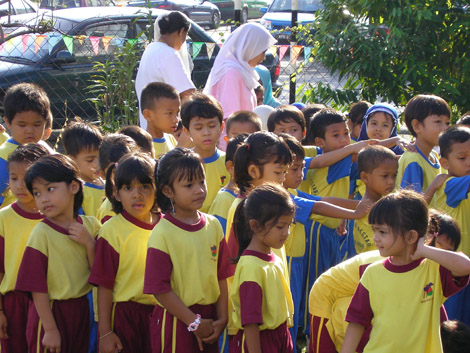 Irfan then gets into position and he gets handed some frilly pom-poms. 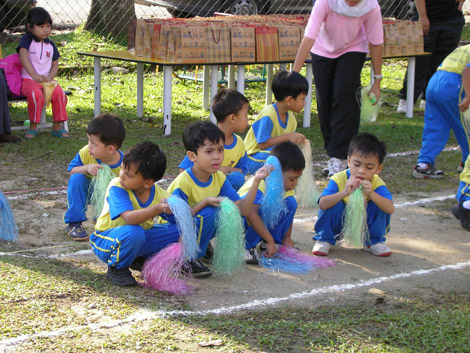 Pom poms galore. No Homestar though

Even when he’s still visibly upset he moves to the beat with some semblance of precision. 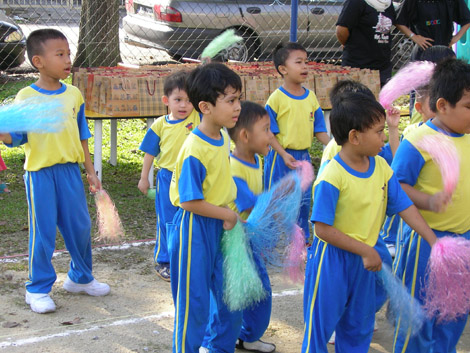 Dancing to “Berdua Lebih Baik”. Those Indons can really write a good song

Because of rehersals, Irfan’s also got his moves right off the top of his head. 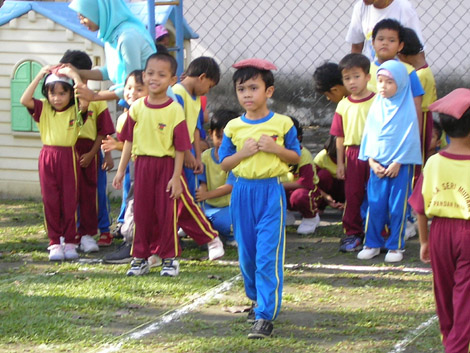 Roll Dexterity with difficulty of 12

After missing the carrying an egg on a spoon event by crouching with the kids that’s finished it, he finds his stride in running with a sponge, soaking up water from a bucket and squeezing it into a bottle at the end of the field. It was the first time I saw Irfan crack a smile that day. 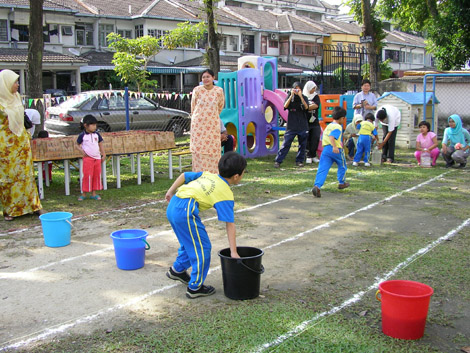 Real sponges live in a pineapple under the sea

Irfan asked for some water, so I walked over to the restaurant not far away to buy a bottle. 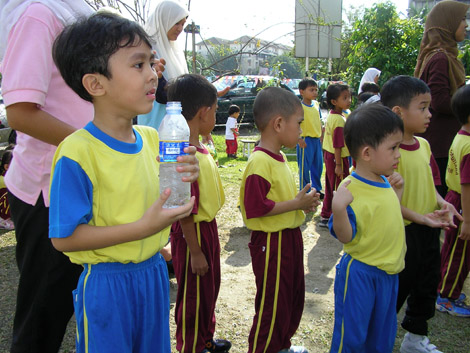 Everyone wins. No one loses. 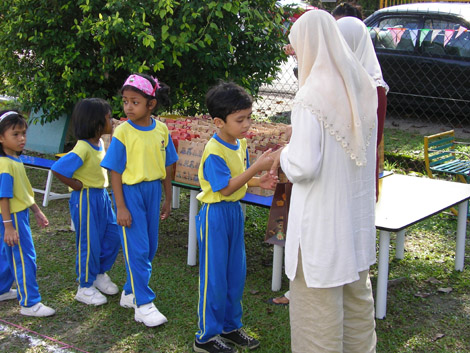 At the end of the session, everyone reassembles for a group photo. Then, drinks are distributed to the kids as parents kiss good bye their kids to leave for work and other such pursuits, like adventuring to the Earth’s core… or costumed superheroing. Just maybe. 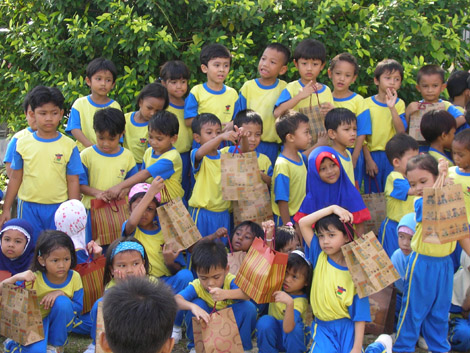 Group photo with Irfan and friends