The night before we had to return home, Cik Su took us to the new BookXcess book store nearby, at a mall which looked pretty impressive but appear to be incomplete. The only other outlet we visited before was at Amcorp Mall. The books there were cheaper than standard retail value because these were old stock copies which were to be pulped. 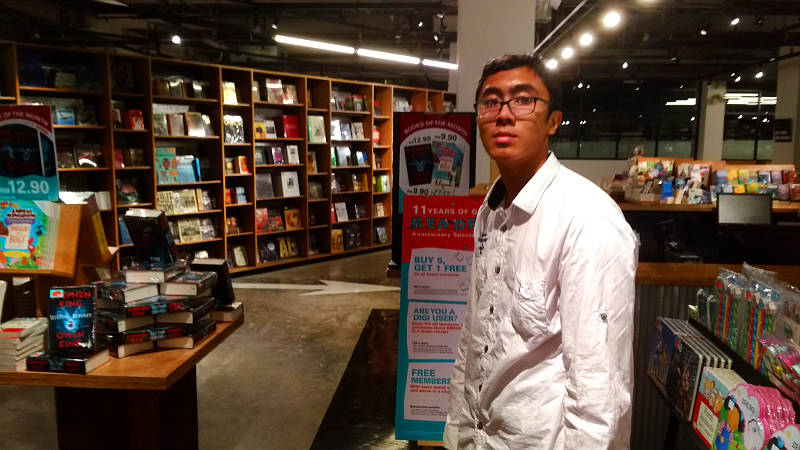 An excess of books so to speak 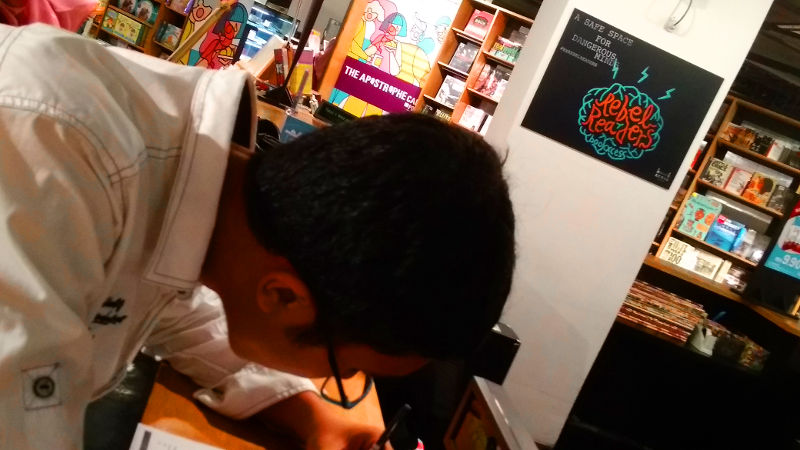 Irfan puts his signature to the store membership card form

Irfan also signed up for a store membership card which he hopes to use some day. Perhaps, he offered, he would be able to use the card to order books online at a discounted price. 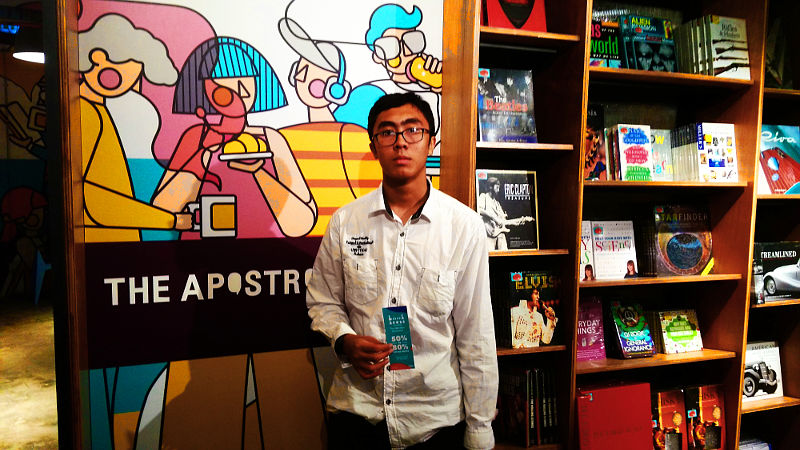 There is café beyond the wall

I found a Star Wars Millennium Falcon: Owner’s Workshop Manual for less than half its retail price, but I thought I should save. I bought a much cheaper China Miéville 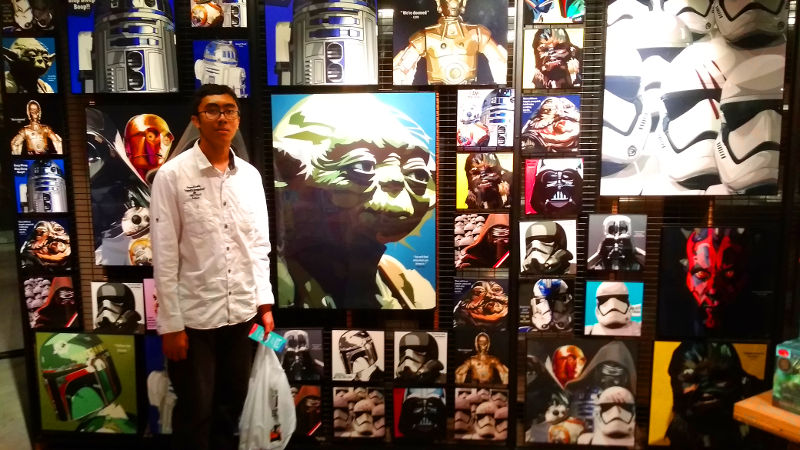 There are a bunch of Star Wars character artwork on this wall, complete with character quotes

This store turned up the pop culture references level to eleven. 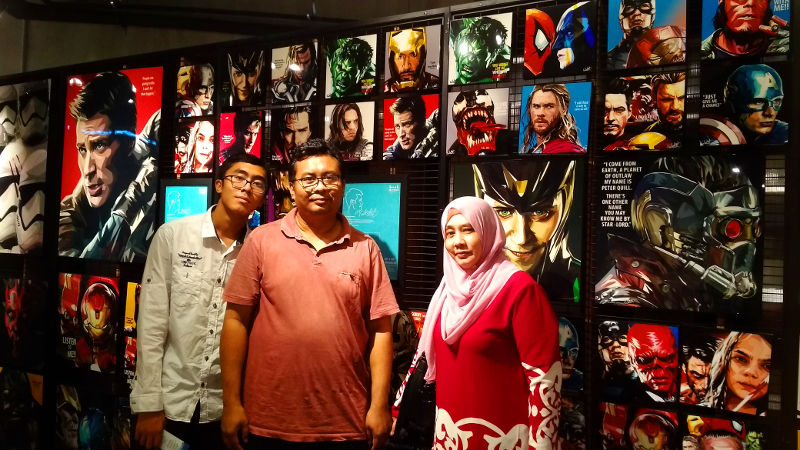 Okay. Let’s all take a photo with the comic book-based movie characters here on this wall. 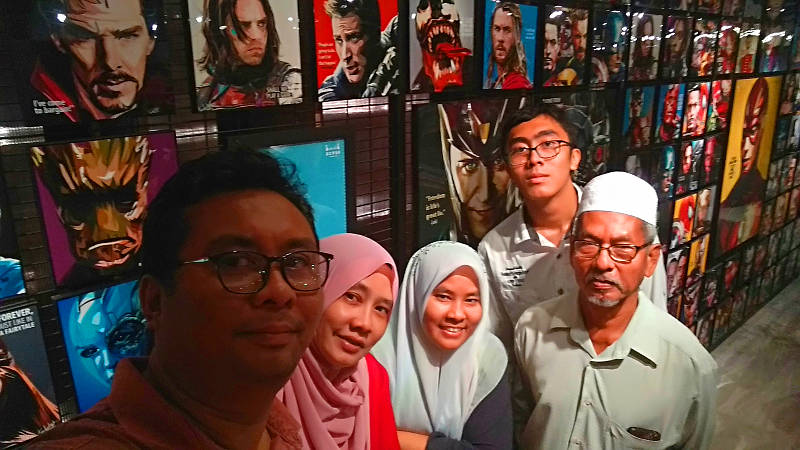 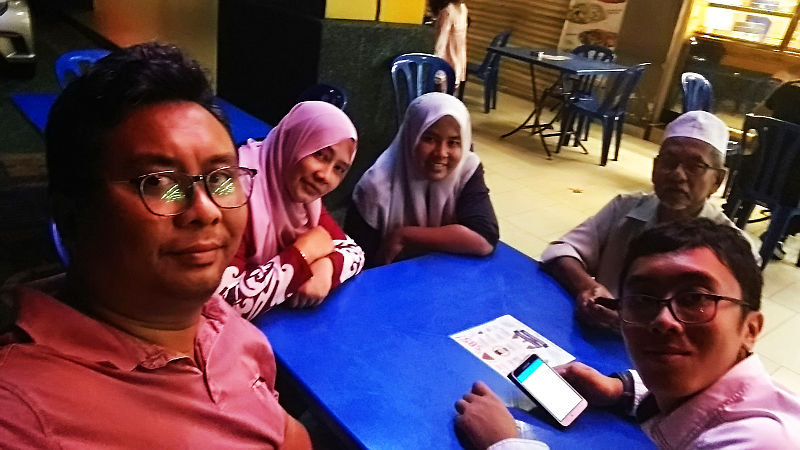 We are not Groot

Before heading back to Nia’s house, we stopped for some teh tarik and the likes. 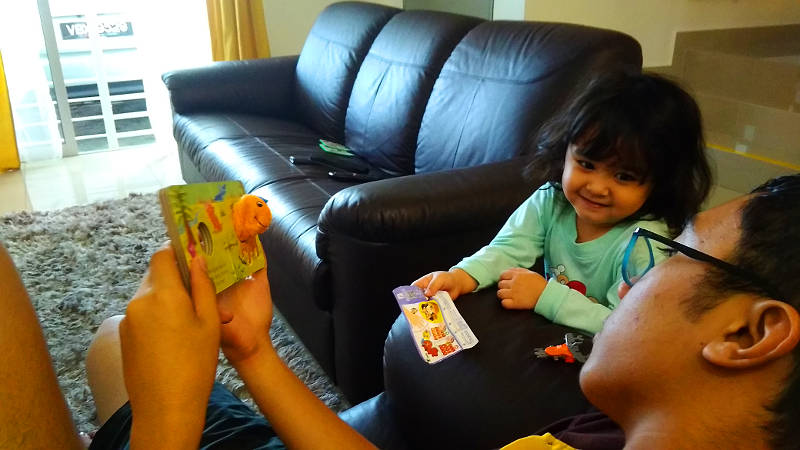 Irfan reads a book AND plays a finger puppet to Nia

It was time to head home. Irfan spent some time reading for Nia. She appreciated his efforts. 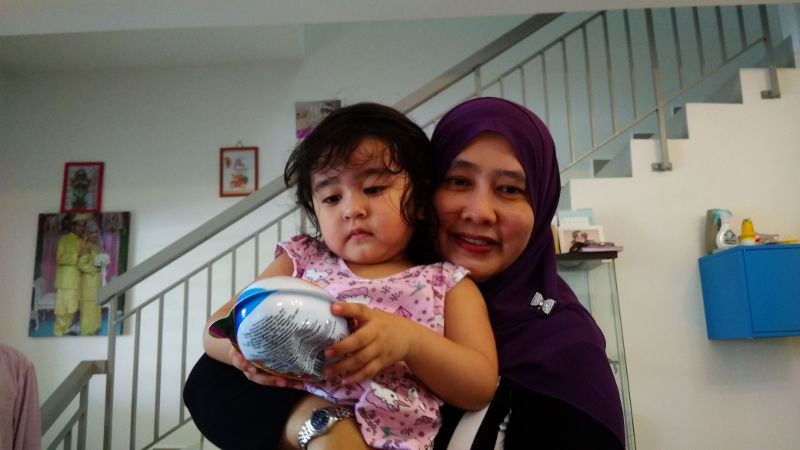 Ain also took the opportunity to take a photo with her little niece before heading out. We were later told that Nia looked for us in the guest room after we had left. 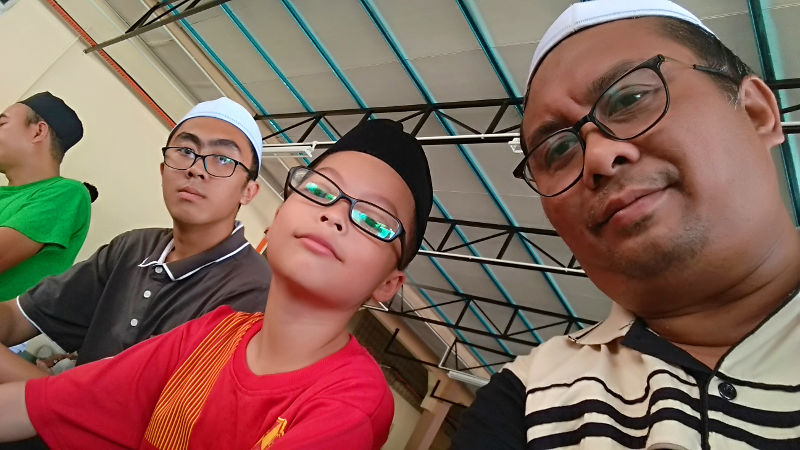 Instead of heading home, we stopped at Aiman and family’s house for a bit where we had lunch with them. Ain bought us all nasi bajet from a roadside stall near their house that they did not know about. 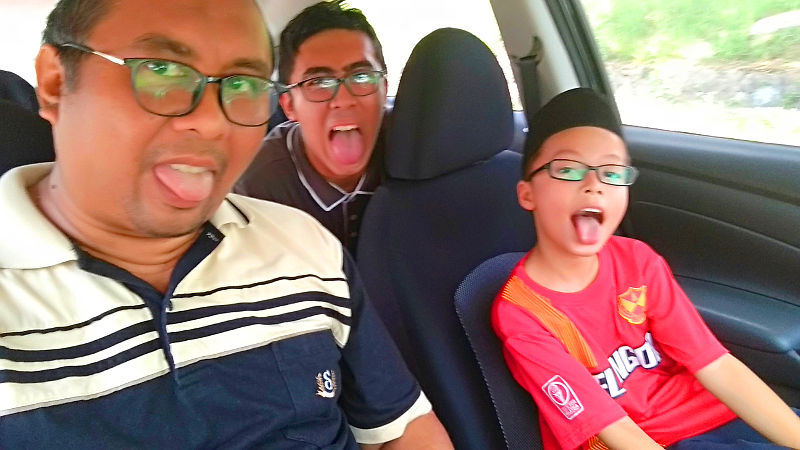 It was scorching in the car when we returned to it

The photo above shows our expression at how fiendishly hot is was that day upon our return to the car after Jumaat prayers. 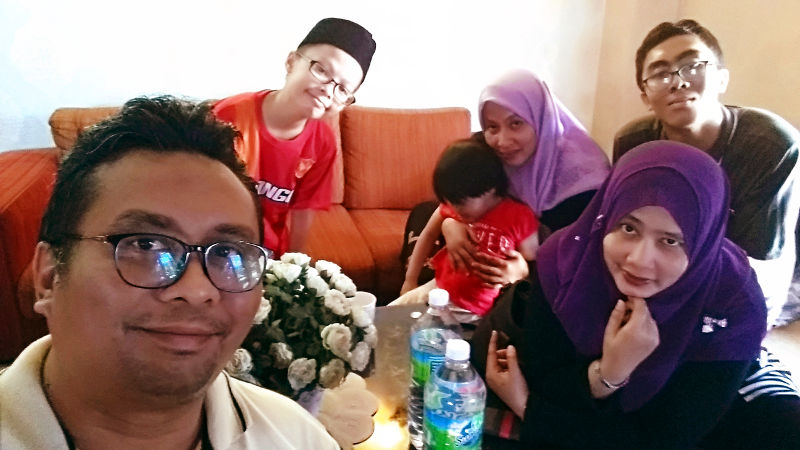 One final photo before heading back to Perlis

We hope to see everyone again soon.