The day after Aidiladha we thought we would head into the city to check out the borough of Pandan Indah where Irfan grew up. 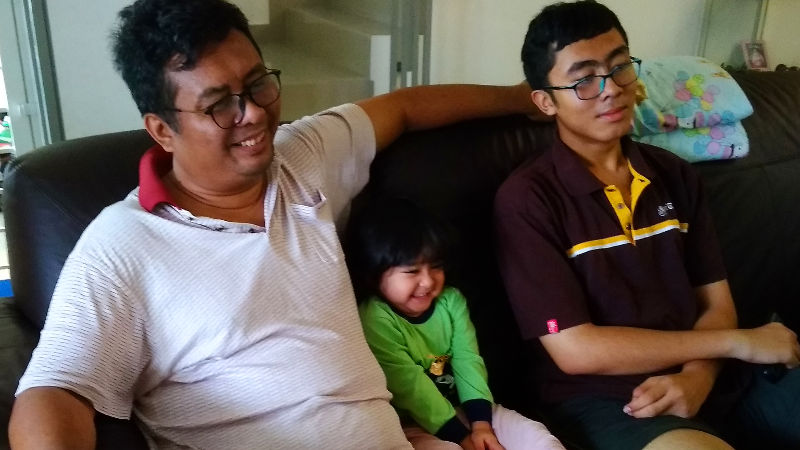 It would literally be a balik kampung for him even though the kampung was Kuala Lumpur. Born less than 10 klicks away as the crow flies in Kuala Lumpur Hospital, he knew no other home other than Pandan Indah before we moved to Perlis nearly four years ago. 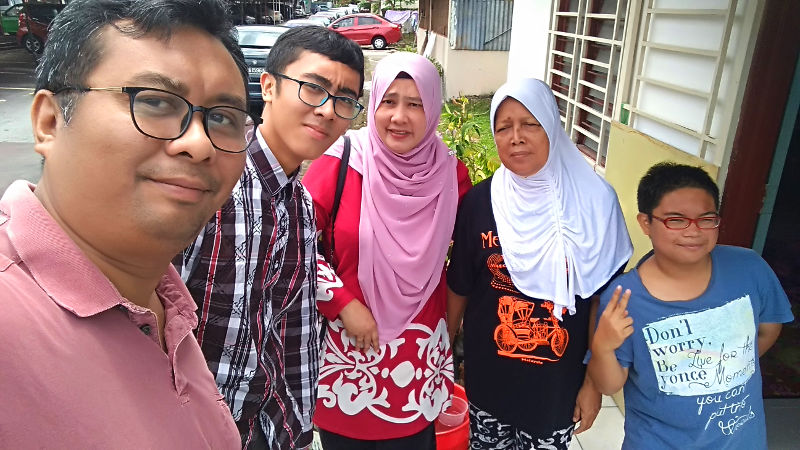 From Nia’s house all the way south, we travelled up north via the MEX and inserted ourselves into the MRR2. We thought we would visit Wan Cik who took care of Irfan from when he was 1 year old until he enrolled in pre-school.

It was Nia’s first time at Wan Cik’s house too. Wan Cik had expanded her house since the last time we were there. Irfan caught up with Afzan who is actually his uncle. Soon after, we split up with  Irfan and I going to explore Pandan Indah while the others headed for a nearby Ikea. 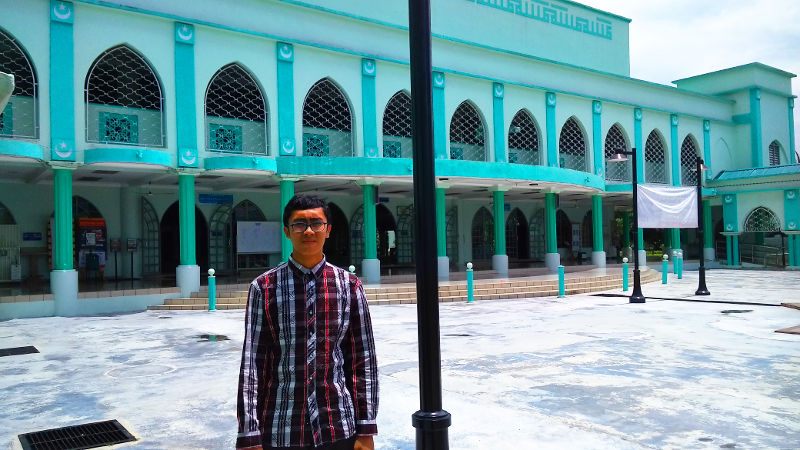 I remember that it took some years before we were able to have Friday prayers here. Thankfully in those early years I spent Fridays away from Pandan Indah where I worked. 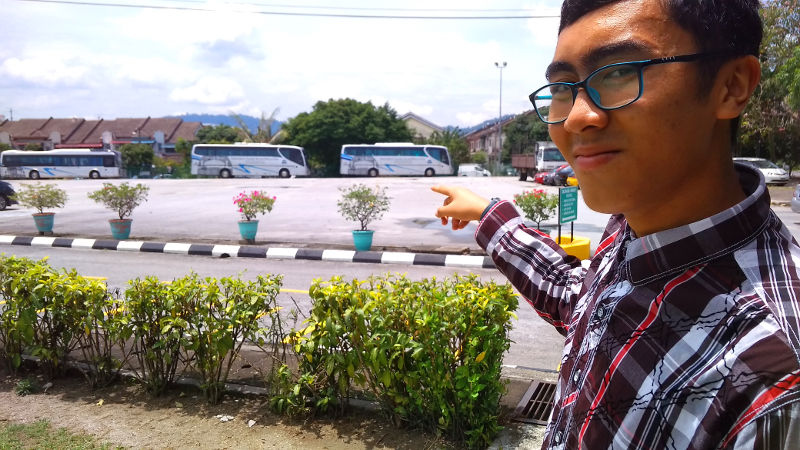 As a pre-schooler, Irfan used to point to the USIM buses parked at the back of the mosque and said that the largest was the father, the medium-sized bus was the mother and the smallest bus was the baby. I think these buses were newer buses.

We both went to Friday prayers here for years, meeting his school friends and their parents here too. 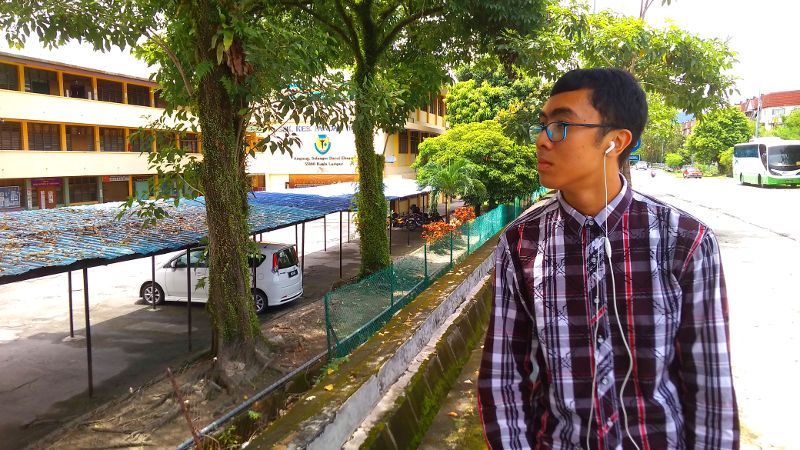 I still cannot believe that I once fretted about Irfan going to primary school. We still remember his first day in school. Here he was nearly four years after his last day of primary school, and a year before he has SPM to plough through. 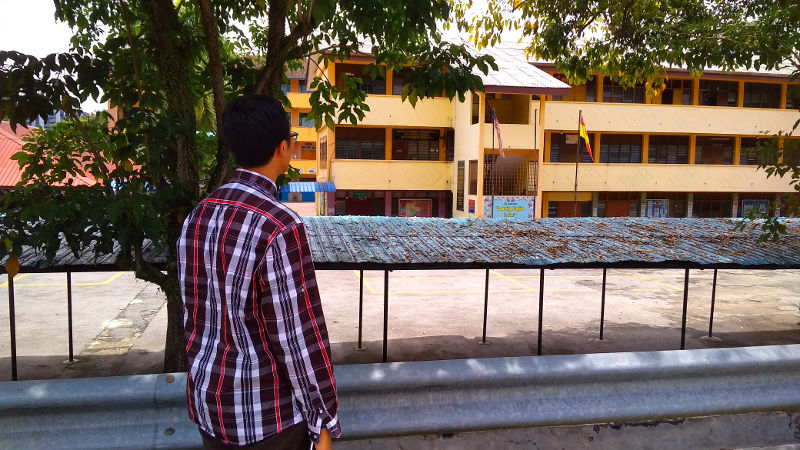 Here was the location of his school’s food fair. We attended a few of them and bought food that the students were selling. 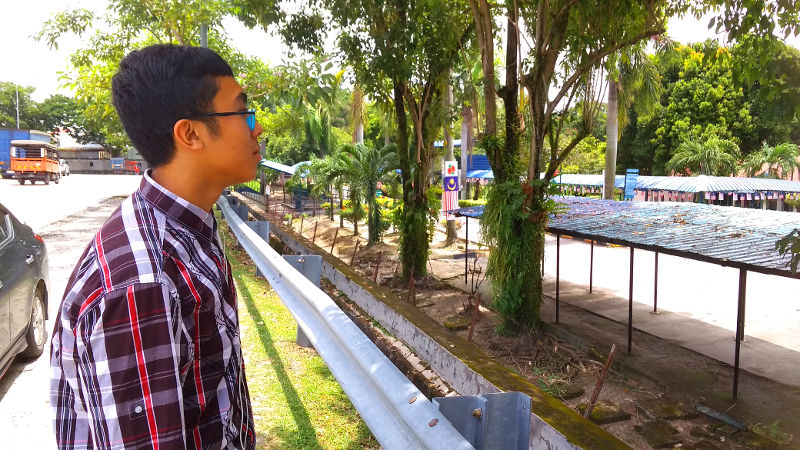 The side road by the school

Besides waiting for Irfan parked here at the street beside the school in hot sun, we also bade him farewell here when he went for his first school camping trip outside the school. 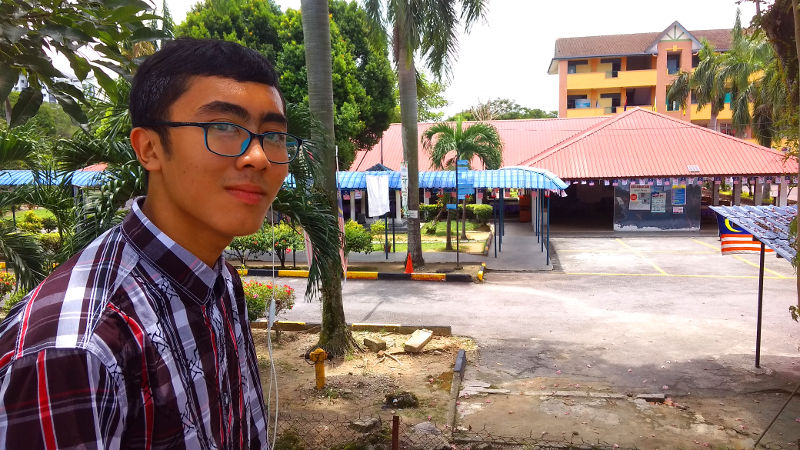 I bet Irfan would have more stories to tell about that cafeteria than I do after six years studying here. 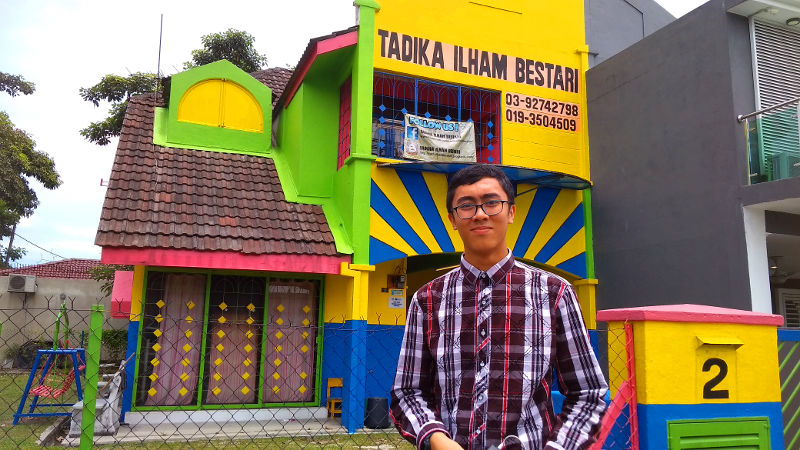 After the primary school, we drove through the housing areas to reach Irfan’s old pre-school! Of course the first thing he mentioned was the time he lost his Speed Racer Mach 5 Hot Wheels toy when he brought it to school without permission. 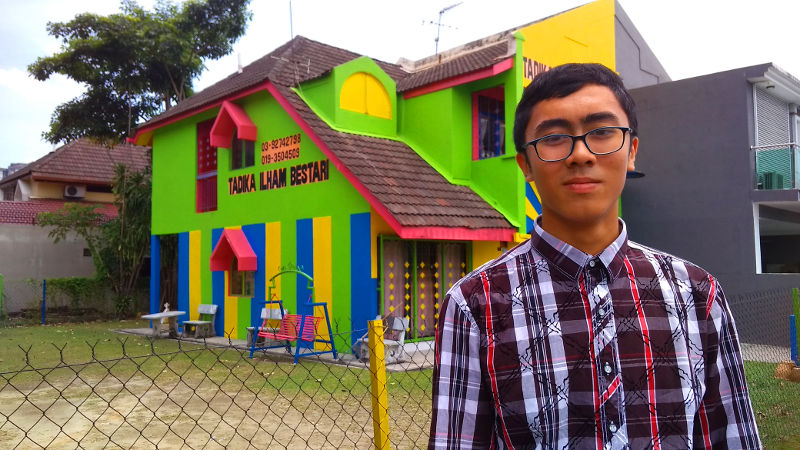 We attended his sports day event here twice! Irfan even celebrated his birthday here with his buddies. I wonder where those other children had moved on to. 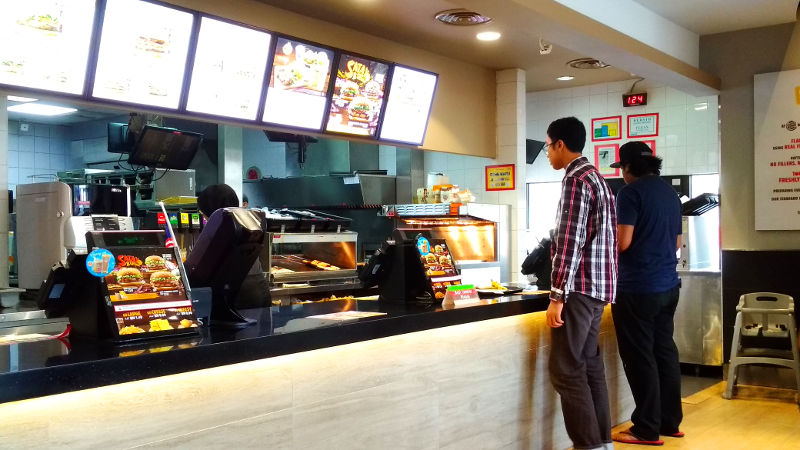 At first, we thought we would have lunch at the stalls near 1 Shamelin. However they were all closed because of Aidiladha. After some time looking for a place to eat, we decided on the Burger King nearby that we never actually went to because we could not really afford eating there when we lived here. It has been a while since I had a Whopper. Plus, we wanted to try out the Nasi King product that they were advertising all over town. 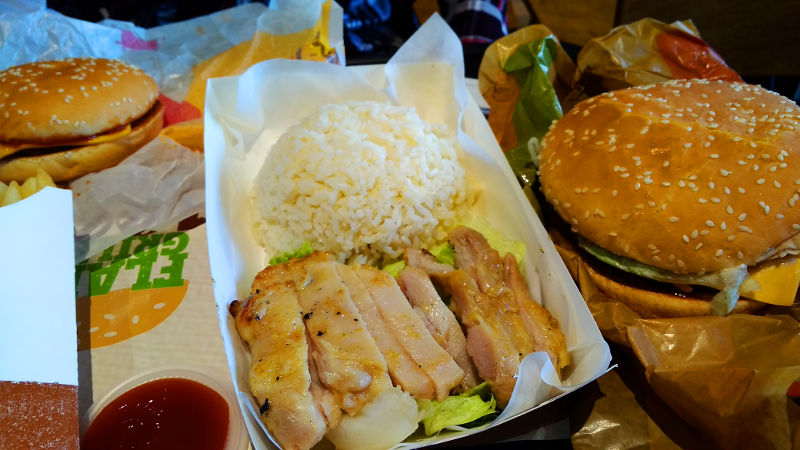 The Nasi King was more delicious than expected. Well, only the barbeque-flavoured one. We never ordered the other types. Irfan ordered the Cheeseburger although after a bite of my Whopper, agreed that he should have also ordered a Whopper. 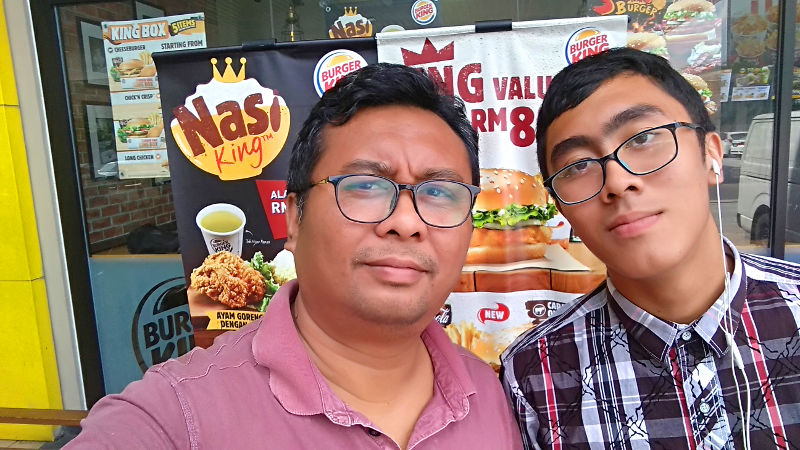 So long, Pandan Indah, Pandan Jaya, Pandan Mewah, Shamelin and their environs. No idea when we will have the opportunity to visit again.