My friend Shane Welin is now in a d20 game with a difference. The rules might be powered by the run-of-the-mill d20 Modern / Future engine but I believe this is the first time I know of a campaign set in the world of Battlestar Galactica whose third season will be aired this next month.

His player character stats is listed below, but I’ll see about getting stats for Colonial Vipers (Mark IIs and Mark VIIs), Raptors and Cylon Raiders up here as well. 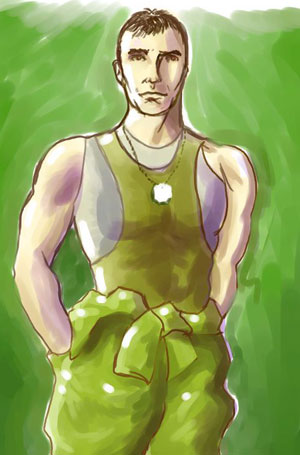 Fortitude Save:4
Reflex Save: 7
Willpower Save: 7
Initiative: 7
Base Attack :+4

Bio
Hal grew up in a rough part of town, despite being a genius. When he came of age, his parents couldn’t afford to send him to the schools he wanted to, so he joined a gang in hopes of bankrolling himself into the Ivy League. On his first bank robbery, his gang turned on him and locked him in the vault with the hostages. When he and a few others managed to get out, the Cylons had attacked and Hal managed to get to the Galactica as a refugee. He opted for pilot training as opposed to being placed on some barge in the fleet. He tested very high, and Starbuck began his training. His reactions and natural piloting excelled him. Hal has yet to face any real combat, or earn a callsign, but looks forward to starting a new life among the stars.