Cik Su F spent an extra night with us. Then we headed south towards Perda to attend a wedding on Ayah Cik Farid’s side of the family. Atok and Opah remained home as they thought the trip might exhaust them. 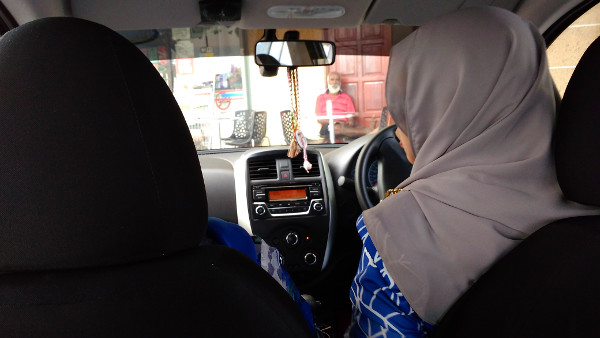 Ain drove with Cik Su sitting shotgun. Irfan and I goofed around in the back together. She drove all the way to the hotel in Perda where Nia and family spent the night… and the uncle in the red shirt in the photo above awaited. 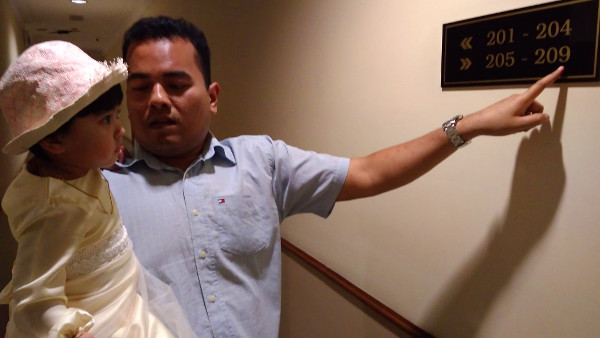 After Nia was all prepped to attend the wedding, Ayah Cik taught Nia about numbers using the hotel signage. 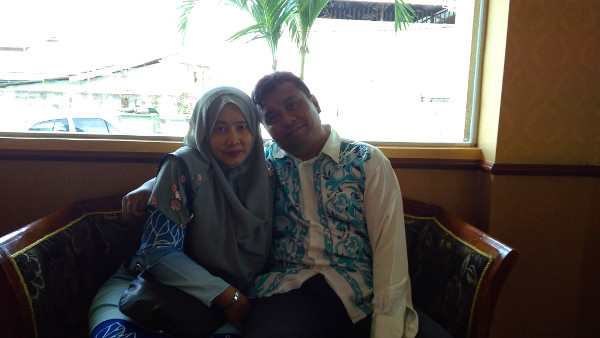 Irfan took a photo of us at the hotel lobby. 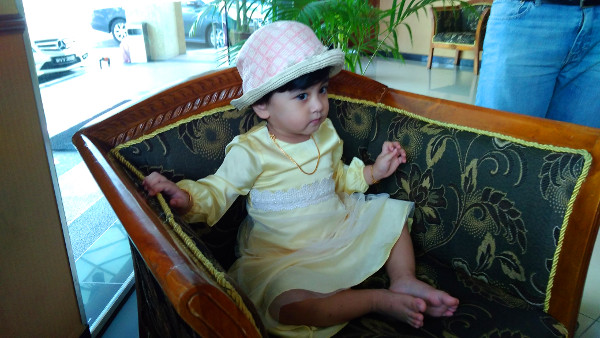 Soon Nia joined us at the lobby with her favourite hat. 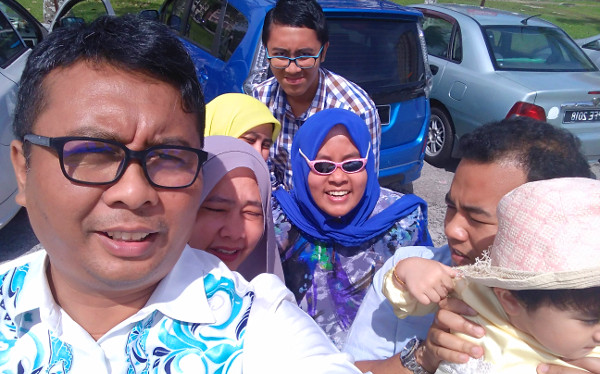 Everyone squinting because of the sun

We drove to the hall and then got a group shot of the entire contingent. A difficult effort, because the sun glared down brightly, preventing us from seeing what was on the camera screen. 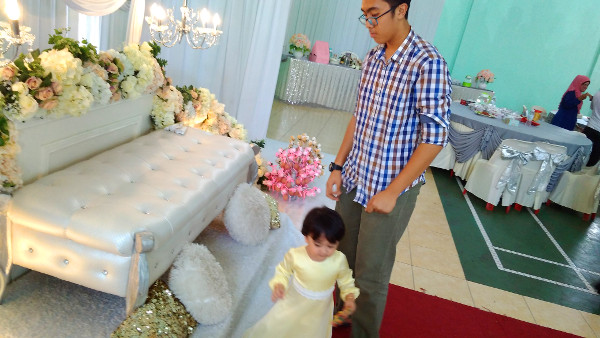 As usual Irfan was on Nia duty. Nia liked to walk to the pelamin and touch the decorations there. 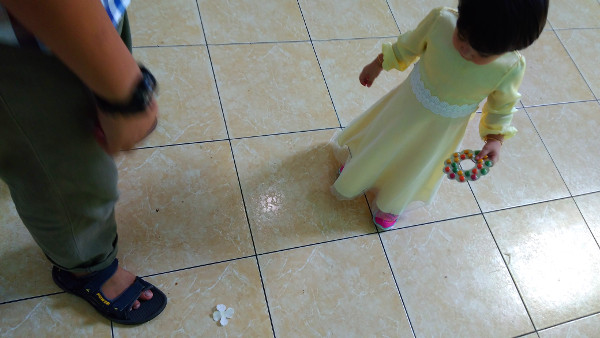 For a long time Nia was also intrigued by this wayward plastic flower. She would walk around, stop near it, point at it and say “flower!” 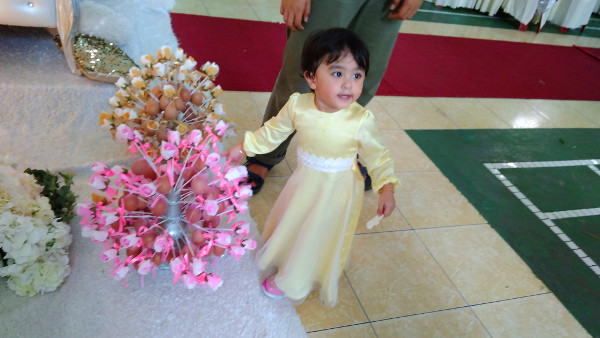 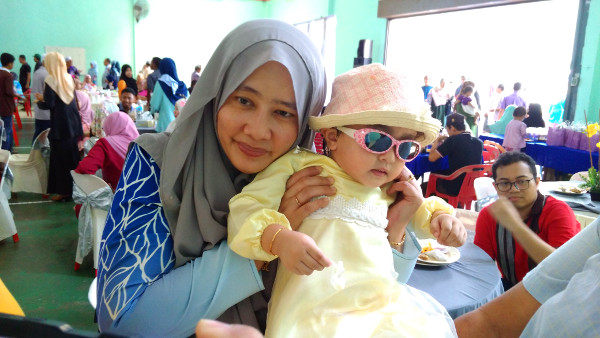 Nia all visored up

Soon, it was time to leave and we would split up. 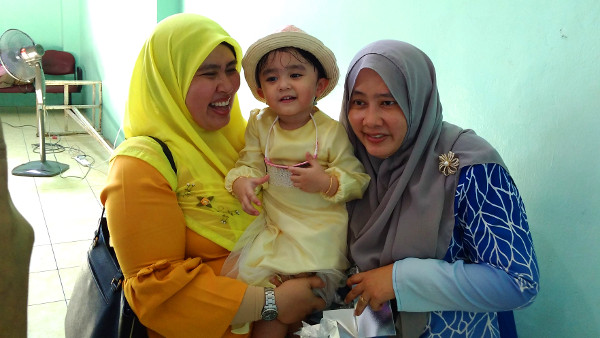 Nia was sweating profusely in the heat anyway. Nia and family would head south while we would return north.

But no fret! We would see them again at the end of the month during our planned vacation there.