And so it came to pass that Irfan, Ain and I took a vacation back to Pasir Mas, Kelantan. And during our vacation in Pasir Mas we took a sub-vacation south to Terengganu. 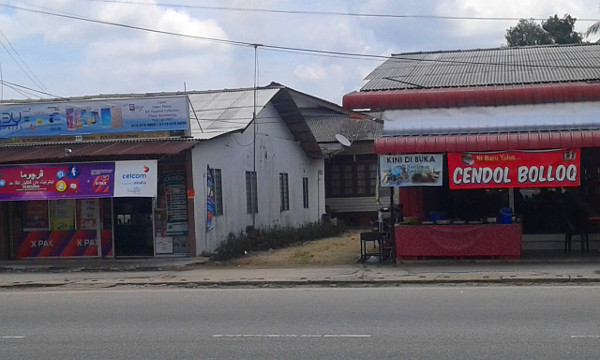 Kuala Besut was famous for its keropok lekor and other such seafood. 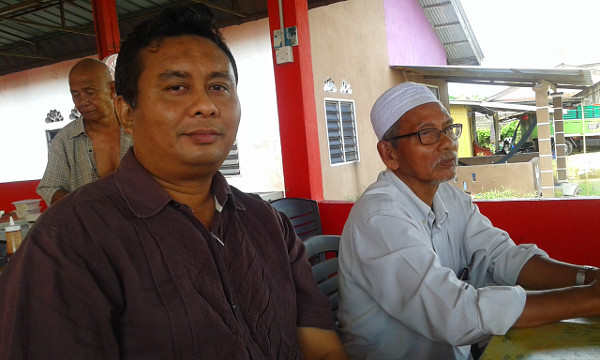 Tok Bah and I

For some reason, traffic was heavy. We randomly took roads that eventually led us to this keropok restaurant. 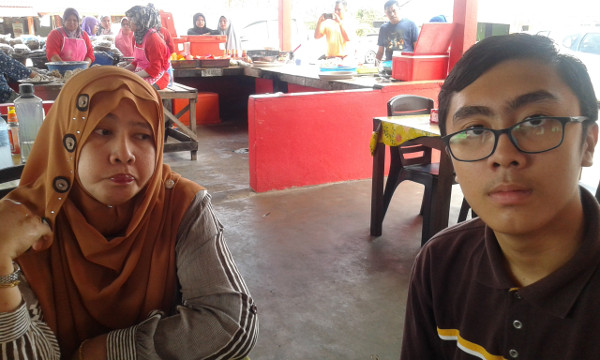 Ain and I miss eating the Terengganu keropok lekor, which we once had quite frequently as I once worked in Terengganu. 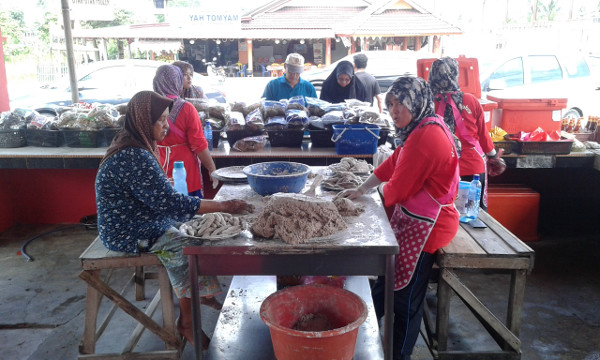 It’s a factory too

As we ate keropok and satar at the restaurant, the proprietors there were also processing raw keropok right there behind the sales counter. 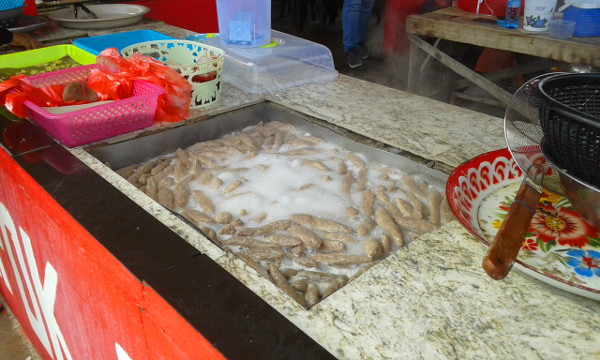 The raw keropok was then deep fried before being sold. For some reason, I did not get a photo of the satar, which I thought was more delicious than the keropok. 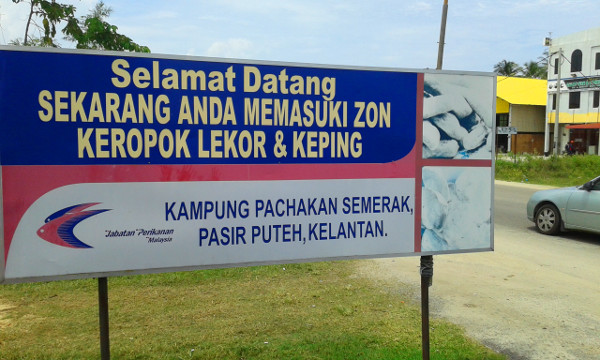 Pandora Gate or something

Five metres down the road we would be back in Kelantan. We were not done with Terengganu yet so we did a full one-eighty. 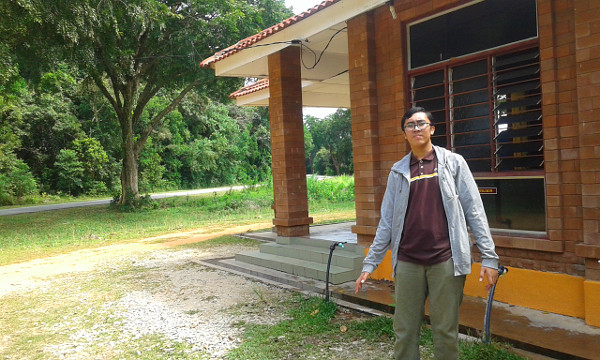 We looked for Pantai Bukit Keluang. The last time I was here, the beach was totally deserted. These days it appears to be a tourist hotspot. But first we stopped at a surau for both Zohor and Asar prayers. 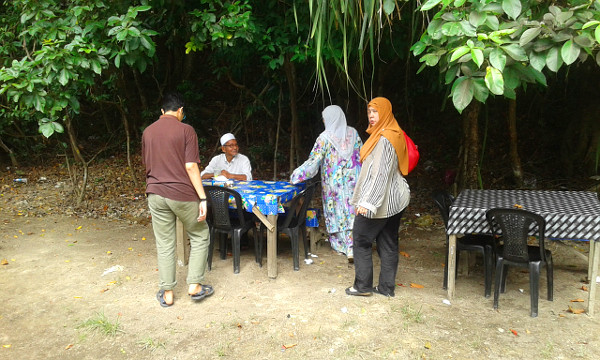 The foliage is nice

We stopped for a drink near the surau.

And then we went to the beach. Here are some of the photos we took: 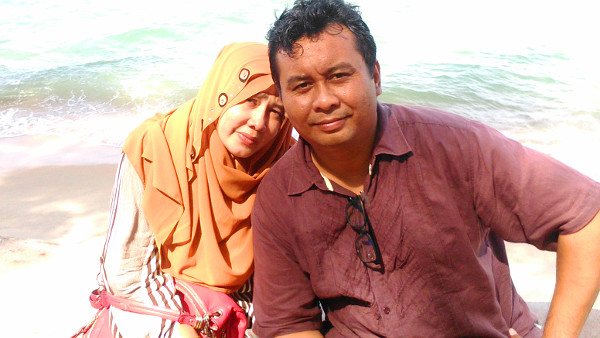 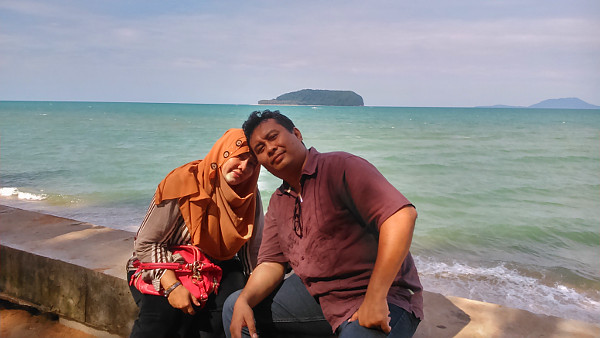 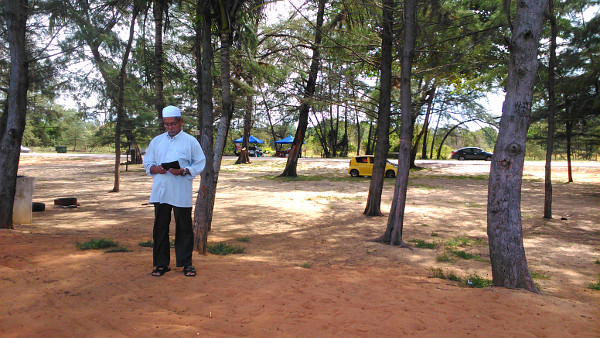 Tok Bah under the ru trees 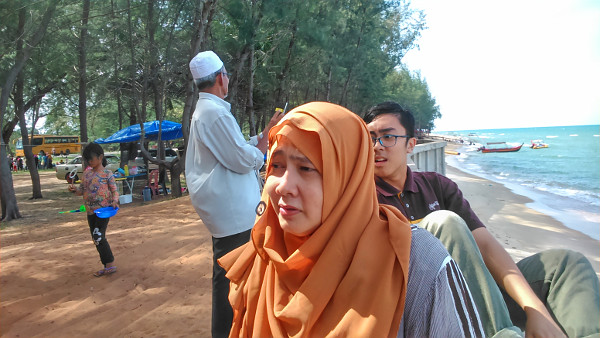 Ultimately, it was quite a refreshing drive. 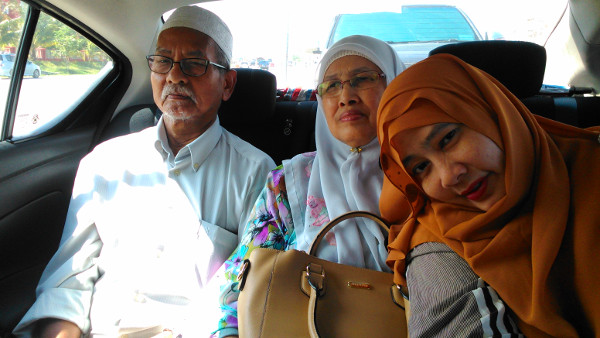