And so it came to pass that I was given the opportunity to present my ideas for tabletop role-playing games (RPGs) as a language learning tool to the workplace. During the workshop, I also ran a Mini Six session for the participants. For the first time ever, I gamemastered (GM) an RPG session for colleagues, which was something I never thought I would do. 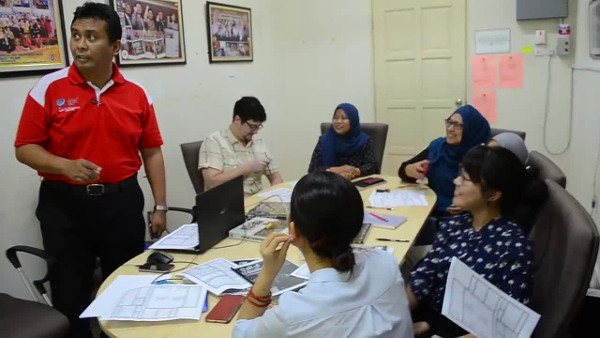 This entry chronicles the epic events that transpired in-game during the session:

If this actual play report sounds familiar, then it is because it is the same scenario I ran for my class last month. This time though, the pregenerated player characters (PCs) consisted of a whole new mix of agents.

The five Agents of Central Intelligence League (CIL) had been sent to Fukushima, Japan in 2011 by their Agency Director (who was at the time about to undergo a medical procedure) to investigate the disappearance of their colleague Agent Yamaguchi (which Agent Mustonen reminded was nicknamed Tamagotchi at the office). CIL was an independent international intelligence agency that helped governments to keep the peace worldwide. 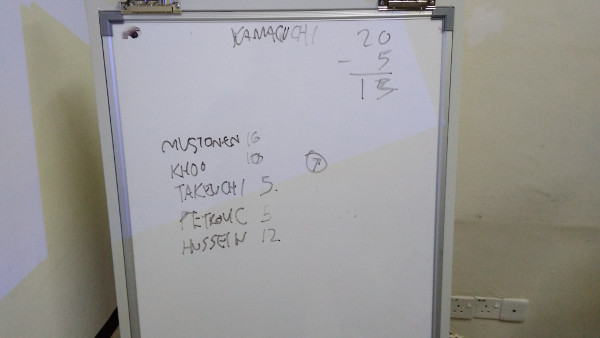 Some whiteboard or something

Petrovic drove their car through the Japanese countryside towards the town of Ōkuma which was the last known location of Agent Yamaguchi. Everyone else was drowsy and lethargic except for the supermodel-by-day Agent Khoo who somehow (with a Perception roll) noticed that a car behind them was driving up towards them fast! Khoo noticed that the driver wore a completely black outfit and a cloth mask that covered his mouth and head.

Khoo alerted Petrovic who at the last moment (with a sucessful Drive Vehicle roll) swerved out of the way. At this point everyone was wide awake, jostled about by Petrovic’s wild manoevre. As the car skidded past them, Mustonen drew his weapon – a big and shiny Magnum .45 – and fired at the driver of the attacking car. (The Shooting roll and its Damage score were both high.) The bullet hit the driver squarely in the face, causing his car to veer sideways and smash against a large tree.

Petrovic brought their car to a skidding halt approximately 50 metres away.

Agent Mustonen was sure that their attacked was dead. He jumped out of the car with his gun trained at the wreck ahead and approached carefully. Takeuchi accompanied him. When they both arrived at the car – which was wrapped around the tree – they discovered that there was no driver. There was no body. A pool and splatter of blood were the only proof that there was someone at the driver’s seat. According to Takeuchi (with a Techonology roll) anyone involved in such a collision would be immediately killed. How was this possible?

Mustonen took a sample of the blood on the seat with a vial he had in his medical kit. 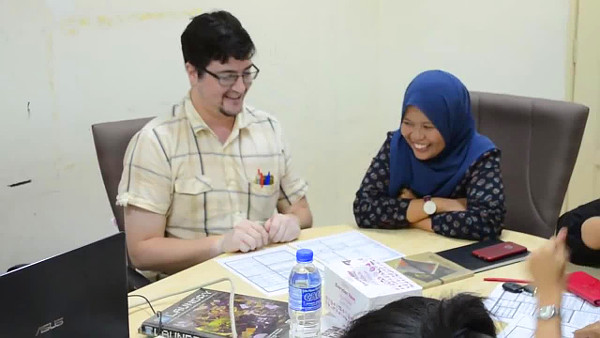 Meanwhile a police car stopped behind the agents’ vehicle. A police officer approached them, asking, “What happened here? Why are there so many foreigners here?”

Agent Khoo moved forward and punched the cop, knocking him out (a successful Brawl skill roll, declared with a Stun damage). The second cop’s eyes went wide and pulled out his walkie talkie. Before he could speak, a dart struck his neck. The policeman fell unconscious to the ground. Agent Hussein holstered the dart gun he had just fired.

The five Agents of CIL got back into their car and continued their journey to Ōkuma before the policemen woke up.

Ōkuma was a heavily populated seaside town. The town centre was filled with locals in brightly-coloured kimonos and lamps adorned the streets. Apparently they will be celebrating a Shinto festival that evening, thankful of their fishing bounty over the year. They were uncertain where Agent Yamaguchi was staying so Hussein asked around. A shopkeeper told him that Yamaguchi was staying at the Sakura Hotel down the street.

Driving to Sakura hotel, the team strode into the lobby looking for their colleague. Khoo successfully asked the concierge for Yamaguchi’s room number. Once they knew that Yamaguchi was in room 412, Mustonen bounded up the stairwell for the fourth floor. Takeuchi soon after took the elevator instead. The rest waited at the front desk.

Suddenly there everything, the buildings, the furniture, the trees outside shook violently. The chandelier swayed ominously. It was an earthquake! The strongest they had ever encountered. 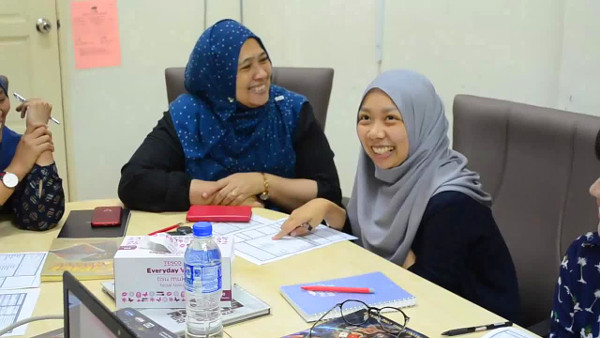 The elevator doors had opened when the hotel experienced the strong jolt. The lift cab trembled. There was a low rumble above. He jumped out through the open doors into the fourth floor corridor just as the cable snapped. The lift cab struck the ground with a loud, metallic inhuman crash.

Mustonen rendezvoused with Takeuchi and reported by tac net that their engineer was still alive, and then they headed for room 412.

The door was locked, but not for long. With his own engineering aptitude, Takeuchi was able to easily hotwire Yamaguchi’s hotel room door (Successful Computers roll)! Meanwhile the rest of the team had climbed the stairs to meet the duo at room 412.

The team rummaged the room looking for clues as to where Yamaguchi was. 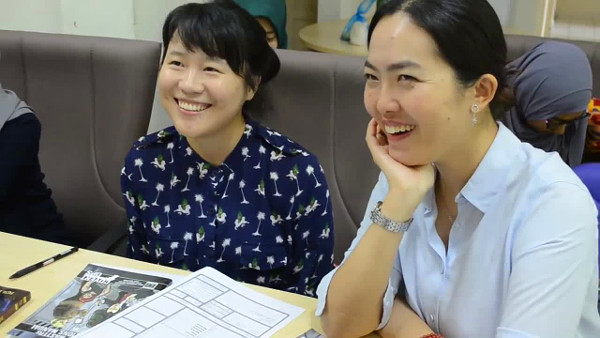 Khoo was keeping watch at the door when her ears perked up. She said, “Someone’s coming!” It was a young Japanese salaryman. If he discovered what they were doing, he might call the police. So Khoo flipped her hair like a shampoo commercial and walked – as if upon a catwalk – up to the man, making conversation with him to stall for time.

“Hi, handsome,” she said to him. Upon a suggestion by Petrovic over the tac net, she asked, “Do you want to go for a coffee?” (Rolling her Persuasion skill while spending a Hero point, she got a 20 on a difficulty of 10) The young man was totally enamoured by her feminine wiles! Khoo led the man to the café downstairs for a date.

Meanwhile, the team had discovered a password-protected laptop in room 412. It did not take long for the technologically adept Takeuchi to break it (Another successful Computers roll). Then realisation struck them. The visitor who was staying in the room was another person named Yamaguchi – the young man who was presently having coffee with Khoo and who was on a business trip. It was not their Agent Tamagotchi! (It was revealed to them that Hussein had failed his Streetwise roll when asking for Yamaguchi earlier.)

The team then did a tactical retreat from room 412 and Sakura Hotel. They informed Khoo via tac net of their situation as they left. In a blink of an eye poor young Yamaguchi was drinking coffee alone at the hotel café, wondering where his beautiful date had vanished to. 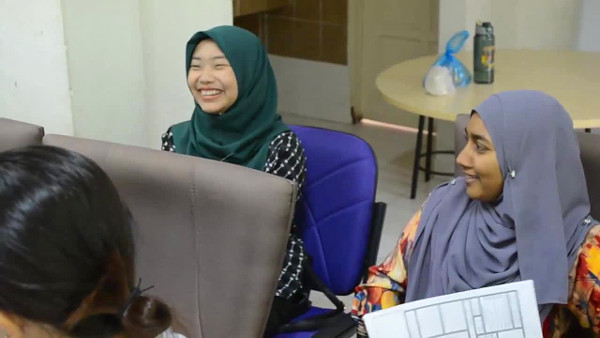 The Bosnian and Yemeni agents

The streets were filled with chaos because of the earthquake. People of Ōkuma were fleeing in panic. Some were injured. Wailing sirens were screaming from all over town.

The agents returned to their car. Takeuchi had an idea. He turned on his laptop and tried to acquire Agent Tamagotchi’s mobile phone location. As luck would have it (and not to mention yet another successful Computer roll), the wayward agent’s phone was still active. So was its GPS transceiver. Takeuchi told the others that Tamagotchi was at the beach further south, near Iwata.

So then the agents headed south. Petrovic, gloved hands on the wheel and shaded eyes on the road, accelerated as fast as he could toward Iwata.

They passed through a heavily wooded area when they heard a loud bump on the roof of their car. Petrovic hit the brakes. Tyres screeched as it braked to a total stop, leaving a trail of rubber on the road. A dark clad figure was thrown off the car roof, tumbling onto the tarmac in front of them like a rag doll.

But instead of lying still as injured folk are wont to do, this particular figure pulled itself back up to a standing position despite the bloody injuries and a bullet hole in the face. It was the driver that Mustonen had shot! How was he still alive?

The undead attacker drew a katana from its sheathe on his back and prepared to attack. Khoo drew her katana and assumed a defensive posture. Mustonen yelled, “Cut off its head!”

Because Khoo moved faster, swifter and more graceful than their undead enemy, a single sidestep and a stroke of the blade decapitated the creature. Its head flew off and bounced to a stop among the grass by the side of the road. 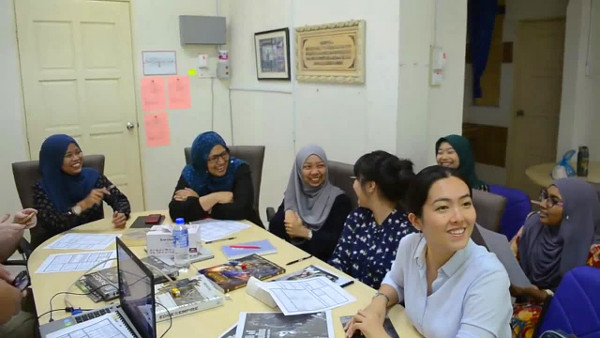 When will they produce an Agents of CIL movie?

“Khoo!” yelled Petrovic, pointing at the road ahead. “Get back in the car, quick!” A horde of similarly undead looking figures were coming for them, shambling from down the road.

Once she was in the car, Petrovic slammed on the accelerator pedal. Their Range Rover burned rubber towards and collided with the undead horde. Their dead eyes did not betray a hint of pain nor inconvenience as Petrovic mowed them down.

But Petrovic lost his cool for a moment, seeing blood and limbs flying all over the car around them, and almost veered off-road heading for a tree. But Mustonen reached over and quickly grabbed the wheel. The car narrowly missed the tree and his cool regained, Petrovic put them back on the road southbound, leaving the macabre, black-clad army behind.

Soon the car pulled over by the seaside near Iwata and the agents beheld a strange sight. There was no water at the beach. The ocean had pulled back out to sea. There was a brand new fishing trawler on its side on the sand by the pier where there should be seawater for a depth of a couple of metres.

There was no sign of Agent Tamagotchi but for his mobile phone among the rocks in the dry sand well above the shoreline.

Fury of the Ocean 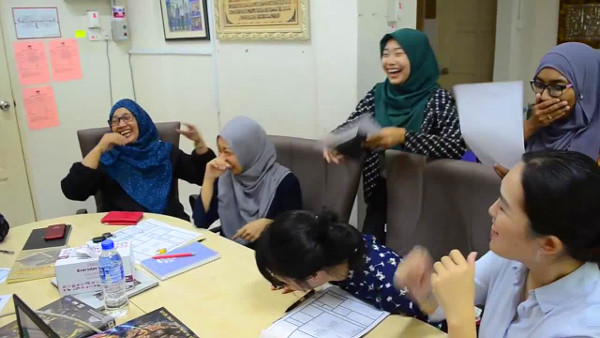 Actually this photo was during chargen

It was then they heard a roar coming from the horizon, growing louder. The horizon was a black mist topped by wisps of white. It was a tsunami!

They thought they could try to hide in a nearby boathouse, but they decided it was more prudent to get into the trawler. Petrovic climbed into the wheelhouse. Mustonen went below deck to look for an infirmary. The others held on tight as the wall of destruction slammed into the trawler. Swirling, blackened seawater mixed with deadly debris carried the trawler inland. Trees were being flattened in their path by the tsunami.

(Everyone rolled Might to hold on to the handrails on deck, but Takeuchi failed his roll.)

Without warning Takeuchi was flung overboard by the boat’s violent rocking. He fell into the deadly waters (successfully rolled his Swimming skill by spending a Hero Point) but managed to keep his head above waters. But he would not live long without help.

Hussein took off his belt, pulled off a rope coiled and hidden within it, and threw the line to Takeuchi, who grabbed it. Hussein heaved and pulled his Japanese colleague back up into the trawler.

Once Takeuchi was saafely back on deck, Petrovic pointed ahead and yelled, “Hold on!”

The tsunami was pushing the fishing trawler towards something large and unmoving that stood before them. It was the facade of a local high school.

To be continued… maybe.