Before heading home, word circulated of a pot luck Hari Raya dinner at Iskandar’s house on the first night of Aidilfitri.

I had not seen Iskandar since I was in school, so it felt like a great time to meet up with the entire crew, some I’d lost contact with when I transferred away from school when I was 16. 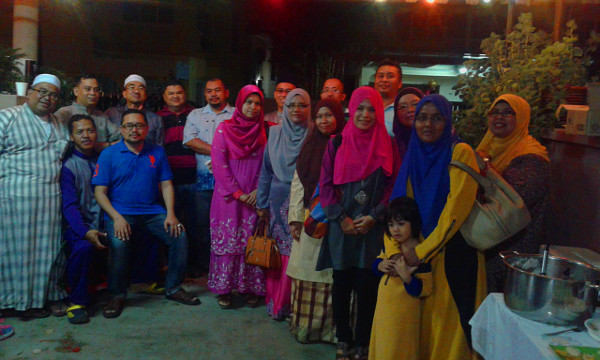 Some I’ve known since before I was 7

We brought the last of Ain’s nasi dagang. The nasi lemak (contributed by the house) was delicious. Irfan, as per his modus operandi, attacked the pizza. 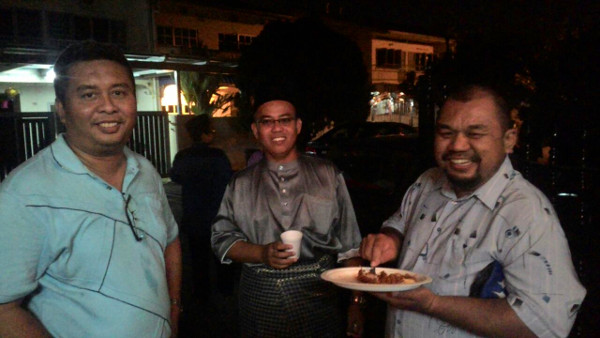 Just Firdaus, Shahmar and I

So we spent the night consuming organic matter and catching up while Irfan corralled and looked after the little children as he is wont to do. 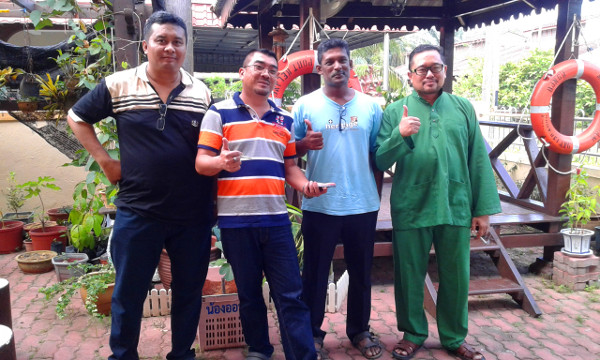 Iskandar, Gnana, Nazri and I

The next day, Gnana and his eldest son came to visit and then we all went to Nazri’s home where Iskandar had just arrived. 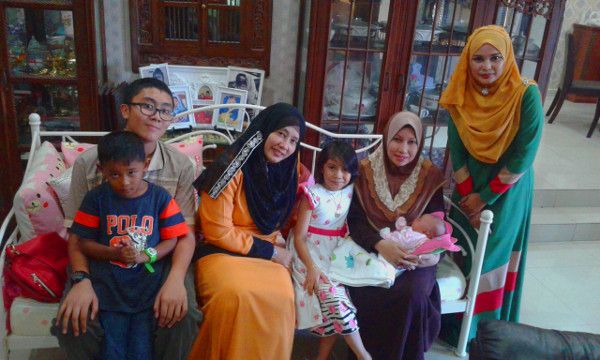 Ladies, children and one newborn

Apart from having some Hari Raya spaghetti which Irfan loved a little too much and a little too late, we were there to visit Nazri’s newborn child. We would spend next Aidilfitri in Pasir Mas, so we might not see them altogether in Sitiawan next year.