As I spent three full days over the weekend (plus Friday) manning the booth at Aerocarnival 2008 which was held at UniKL-MIAT, Ain, Irfan, Cik Emma and Cik Su went about the fair outdoors, taking photos among the static displays.

There were lots of kids looking for jobs in the aviation industry, wearing the wrong clothes for it and with bad haircuts. Needless to say I was a crazy old man with a shotgun yelling at the kids to get off the lawn. 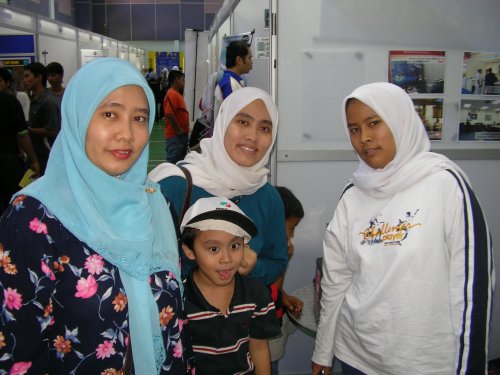 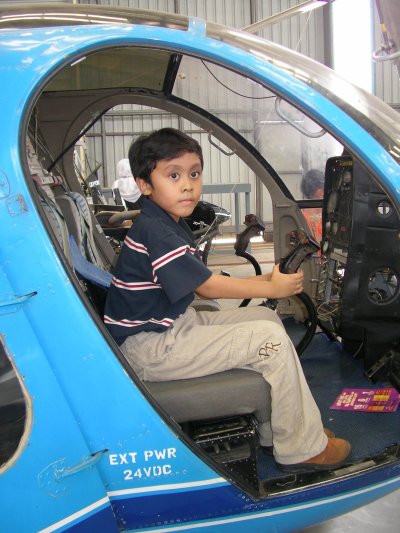 Irfan grabs the cyclic stick of this helicopter 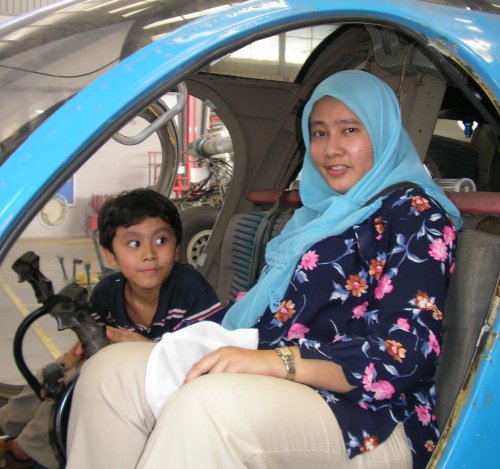 Irfan and Ain at the controls. Hit the deck! 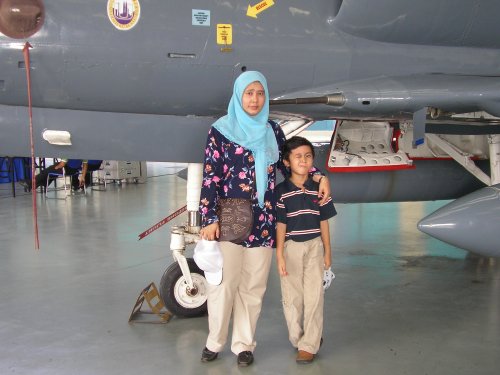 Winking, under the wing of a fighter, at the starboard launch tube before launching of the alert Vipers 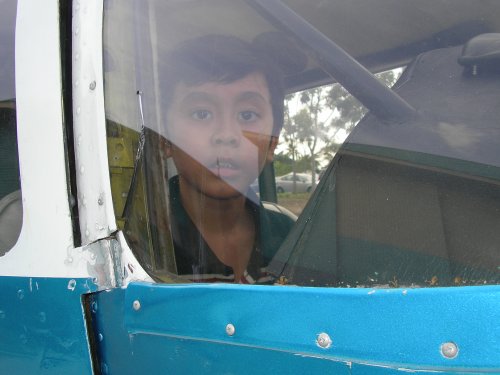 Irfan peeks over the dashboard of this aircraft