After almost a month waiting, the Age of Rebellion Core Rulebook from Fantasy Flight Games finally arrived. I went to the Pudu post office to pick it up right after a meeting elsewhere in Kuala Lumpur. The Edge of the Empire rulebook allowed us to play in fringe campaigns as smugglers, mercenaries, bounty hunters and the like. Age of Rebellion (below right) allows us to play as members of the Rebel Alliance in their struggle to topple the tyrannical Galactic Empire. 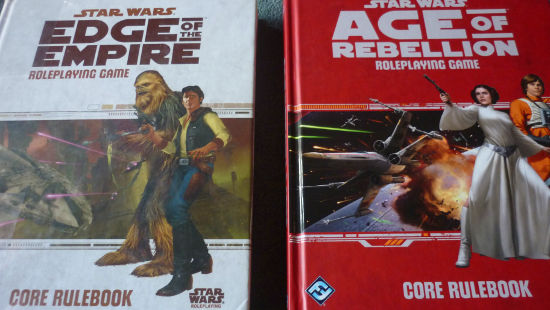 The white and the red

In Edge of the Empire your character has Obligation that would help or hinder the player in a Fringe campaign in terms of how he acts in it and how he is able to acquire resources. In Age of Rebellion, Obligation is replaced with Duty which helps freedom fighters to define why they are in the fight against Imperial forces. Obligation and Duty are compatible with each other, allowing characters from Edge of the Empire to be able to appear in an Age of Rebellion campaign. 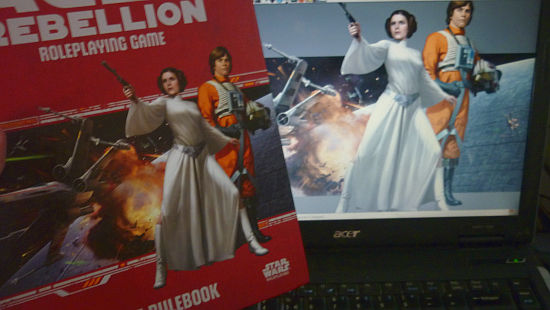 That’s uncanny that is

Careers you are able to play are Ace, Commander, Diplomat, Engineer, Soldier and Spy, each with three Specialisations. You’re also able to mix and match Specialisations (even from Edge of the Empire Careers) to personalise your character. 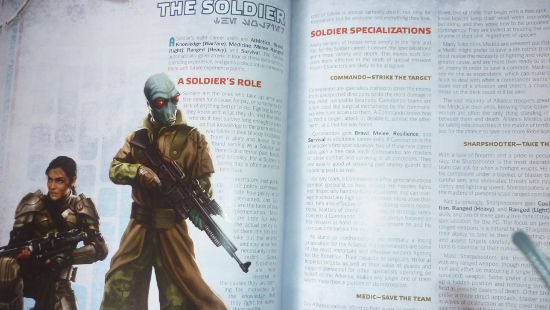 I think that’s a BlasTech A-280 blaster rifle

Check out the new artwork for SpecForce Infiltrators. They look almost exactly like the ones on the cover of Rules of Engagement by West End Games from many years ago! 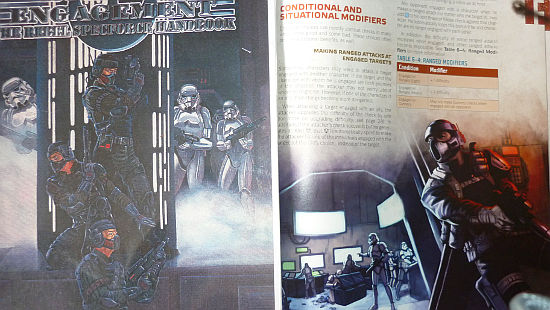 SpecForce Infiltrators in movies please thanks

Here are some familiar starships for you to crash or crash into. Newer ships includes the Gozanti transport and the Consular-class Cruiser. Even Jeff’s Corellian YV-969 armed freighter design makes an appearance in the ships section. 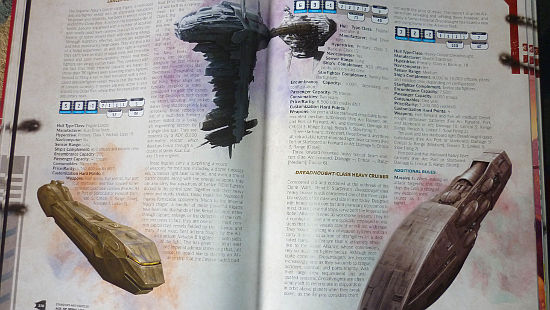 The Carrack and the Dreadnaught originates from the Imperial Sourcebook

The Perlemian Haul, the introductory adventure ready to run for players and written by Gary looks intriguing with lots of plot hooks and ideas. I love the dapper Trandoshan Passk illustrated by Christopher Burdett there a concept resembling the dapper Gamorrean I once drew for Gary. 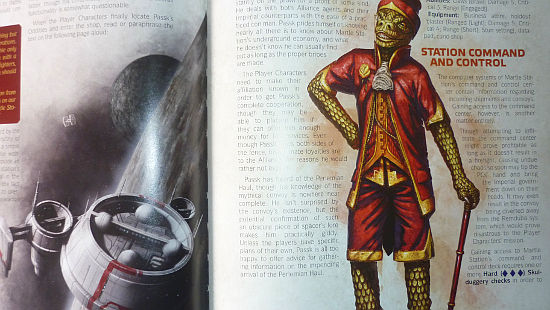 The walking cane sells the picture

Finally a big thanks to Ryan for helping with the purchase of the book. I’d never be able to acquire it without his help. And for his help – for eldritch reasons – his own infamous player character Asok Yeesrim appears in the book 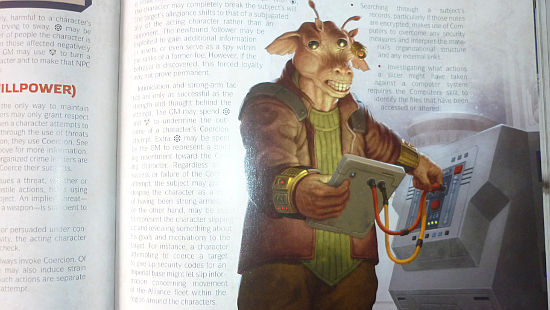 When he grows up he wants to be a Gran slicer

Can’t wait to give this book a spin!