During hari raya, we were unable to cross state borders to balik kampung thanks to the COVID-19 quarantine. It was not the first time for us.

As the MCO downgraded because of the reduced infection rate, we discovered that we were able to travel back to Sitiawan to meet up with Atok and Opah. We thought it would be good to celebrate Aidilfitri with them, and we could check up on them after the months of relative isolation.

Why is this photo even here? 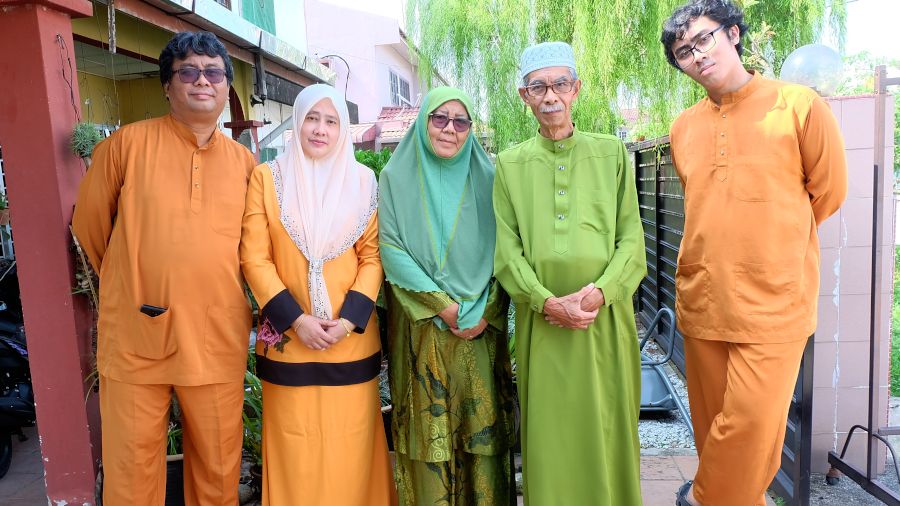 A hari raya photo in the morning 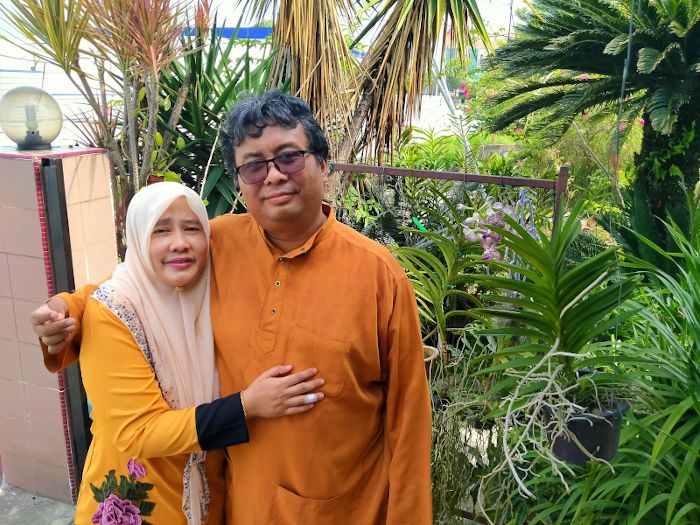 Ain and I by the fronds 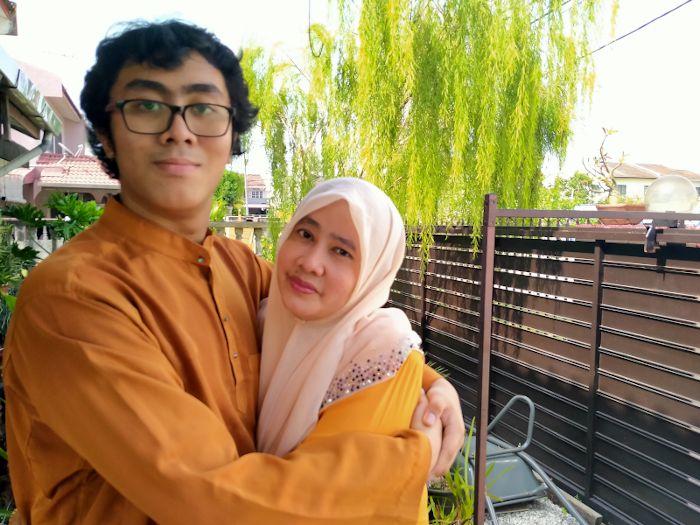 Irfan and his Ummi near the willow

Later that day, the sun decided to call it quits.

There was a torrential downpour in town. According to later reports, it submerged parts of the streets downtown. It never rained this hard in recent decades here in Sitiawan, so this must have been a freak rainstorm. 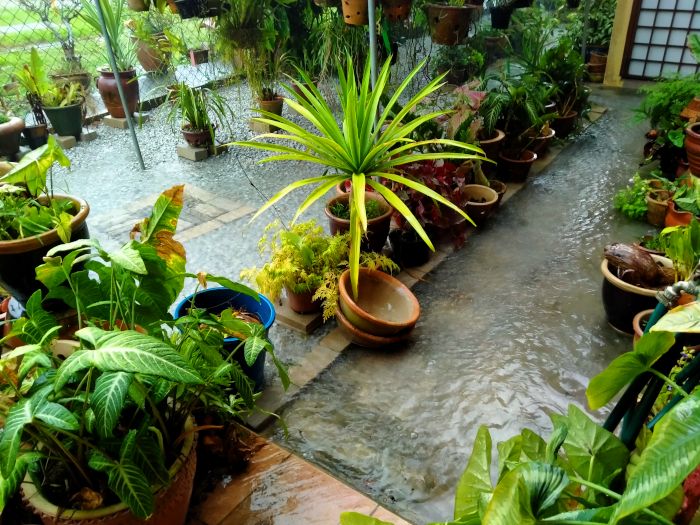 Because a construction crew was building a petrol station across the street (where a rubber tree estate I played in used to be), the water had nowhere to go. There were no drains and soil for the kilolitres of water to flow and seep into. Thanks to the slight incline, the water flowed all the way into Atok’s house. The water level began to rise and threatened to flood the house. 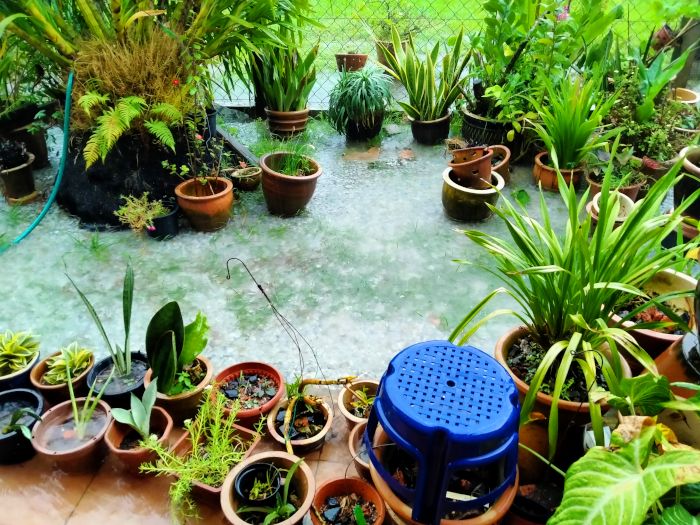 Large volume of water rushes into the house compound

Thankfully, Atok opened up the side gate and it seemed to act as a drain for the water. For a second, I believed we had to help Atok and Opah evacuate. 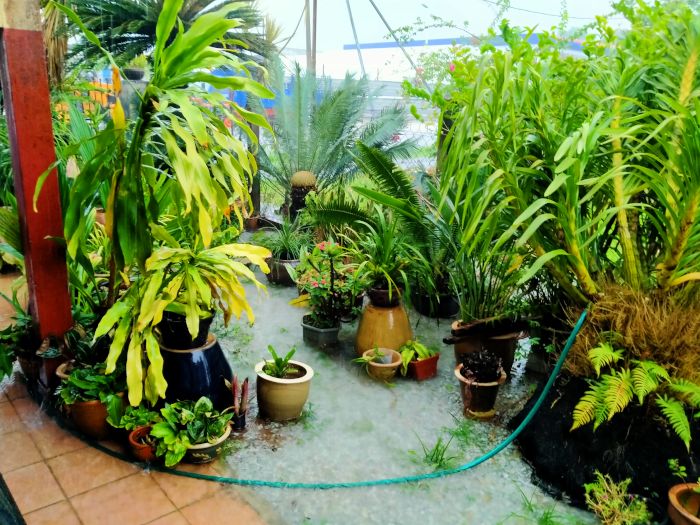 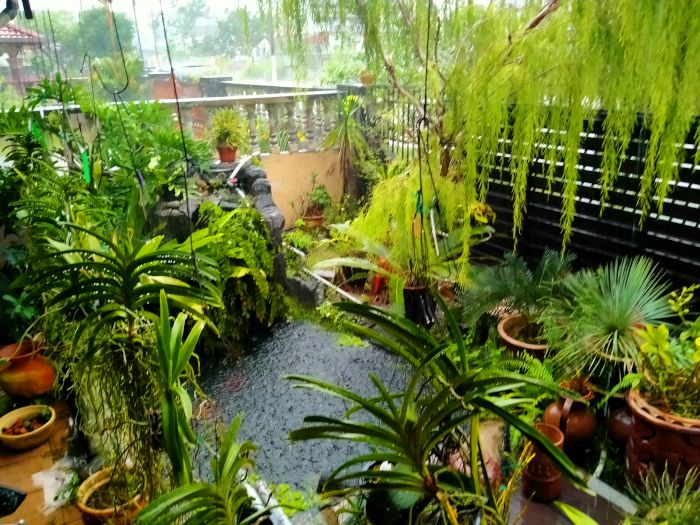 The fish are oblivious to the extra water 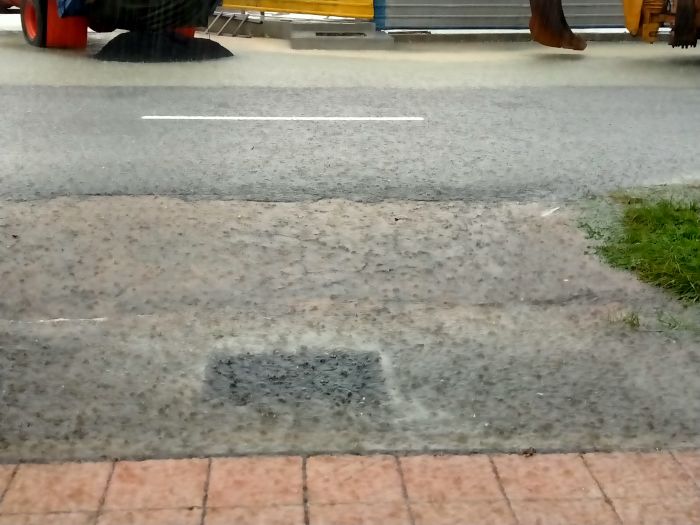 Also, I made a video of the freakish rainstorm and the flooding it caused. I am thankful it was not as bad as some places across town at that moment.

We had lunch at a restaurant on the way to Teluk Rubiah (another place I liked to travel to, but now off limits to peons.) Teluk Rubiah used to be an isolated beach that we had to trek through the bush to reach. Last I heard it was a golf course. 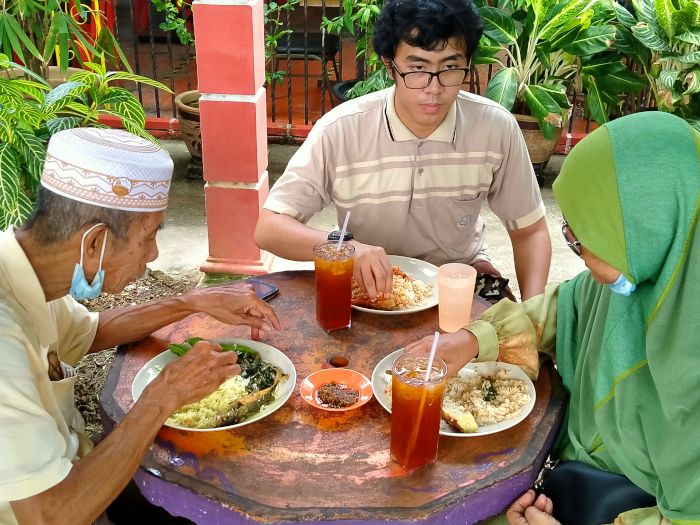 As usual, Ain and I went for a drive to Lumut, but this time we stopped for photos by the river where Sila was rescued on her kayak by 80s singer-songwriter Wah Idris on his boat once upon a time. I will leave it to Sila to tell the tale.

And that was more or less an account of our inaugural balik kampung after the quarantine.