05 A Peaceful Drive in the Countryside

Last week, the crew of the Prosperous Cheetah tracked a missing archaeologist and retrieved a stolen artefact. They found the First Idol of the Dancer hidden on a bridge in the Coriolis Promenade. Suddenly, the person who hired them appeared…

Journal of A. Kowalski (an account of what happened yesterday):

It’s fine. We’re all stocked up to the gills with gear. Let’s do this.

Ramsis is securing our new 6-wheeled crawler into the cargo bay of the Prosperous Cheetah. We’re calling it the La Cucaracha. I don’t think everyone’s aboard with that. Once everyone had stowed their gear, we gather on the bridge of our courier ship to discuss landing options.

This girl, Salindre, in her exotic fighting attire (well, exotic to me but not to Kariim, I suspect) shows us the dig site via her tabula. It is one of the many Portal Builder ruins within Terenganu Valley. It would be a short hop-skip down to the surface of Kua which Coriolis Station orbits.

I suggest we drop to the deck 100 klicks west of the site, fly in over the treetops and land on a nearby riverside beach. Then we will take La Cucaracha north-east towards the dig site. We will then be surrounded by thick tropical vegetation but at least we have guns.

After filing a flight plan to traffic control, Omar leads us down the gravity well.

We adhere to my plan and land safely on the wide patch of sand by the river (upon rolling a Pilot check of 7d and getting 1 Success). As the crew prep the crawler for deployment, Kariim legs it alone to a mesa several hundred metres away to eyeball the countryside. We later discover he saw nothing of tactical value (upon rolling no Successes with a 4d Observation check).

Also, I suspect he fell and hurt himself when he was climbing the mesa (failing a 6d Dexterity check and incurring 1 Damage) as the La Cucaracha arrives to pick him up. 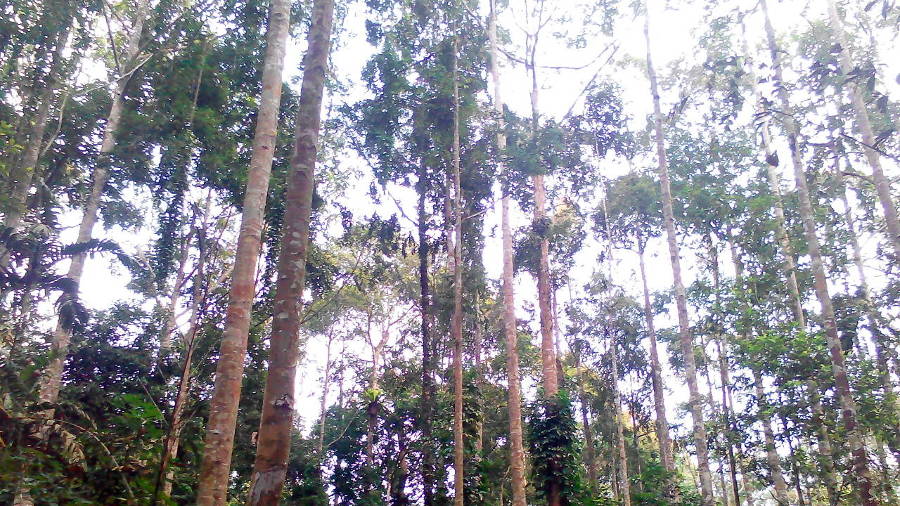 Then we are off on our road trip.

Ramsis asks, “Does this thing have armour?”

Kariim answers, “Well, it can protect you from snakes.”

“But not from a djinn,” I add as I navigate over huge fallen trees, almost flipping us over. Luckily no one notices. (I failed my Pilot check, but when I pushed the roll, I got 3 Successes.) 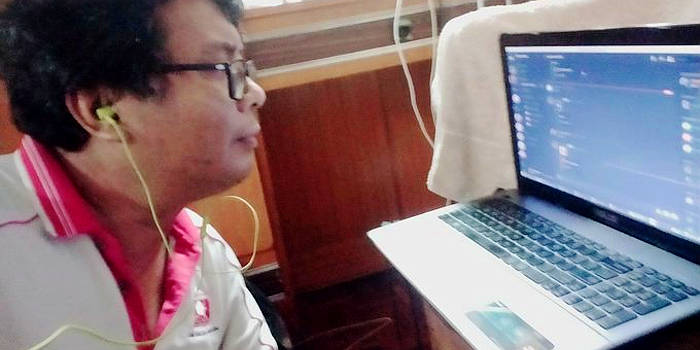 Some minutes later Ramsis plays with his new proximity sensor (rolling an 8d Technology check, getting 1 Success). He accosts me as I was driving. After I brake La Cucaracha I see we almost plow through thick underbrush and nearly fall into a gorge in the jungle floor. I find a way around.

Time for the Moon Night

Then soon Omar accosts me too (rolling 1 Success with a 5d Survival check), so I brake again. From his vantage point atop the crawler, he notices a blood red mound of soil with no growing plants on it. It is a nest of Kua fire ants. One does not wish to drive over it and spill out a horde of angry Kua fire ants. I find a way around. 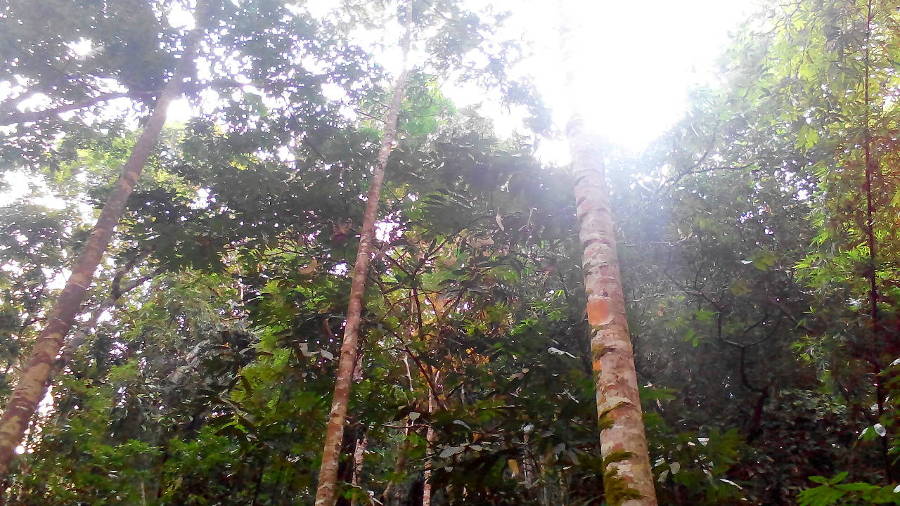 Not long after, I drive the crawler through a tangle of vines that somehow pulls us high enough off the ground that there is no traction. Kariim jumps off La Cucaracha, draws his dura-knife and spends 30 minutes hacking vines. (1 Success with a 6d Force check.)

Ramsis’ proximity detector beeps incessantly once again. (1 Success with an 8d Technology check.) I know enough to tap the brakes. He says he doesn’t know what’s coming, but it’s big and I should take a detour. I roll the crawler to the left. Omar later tells me that a huge and long animal of some sort crossed where we would have been. He is unable to identify the creature. 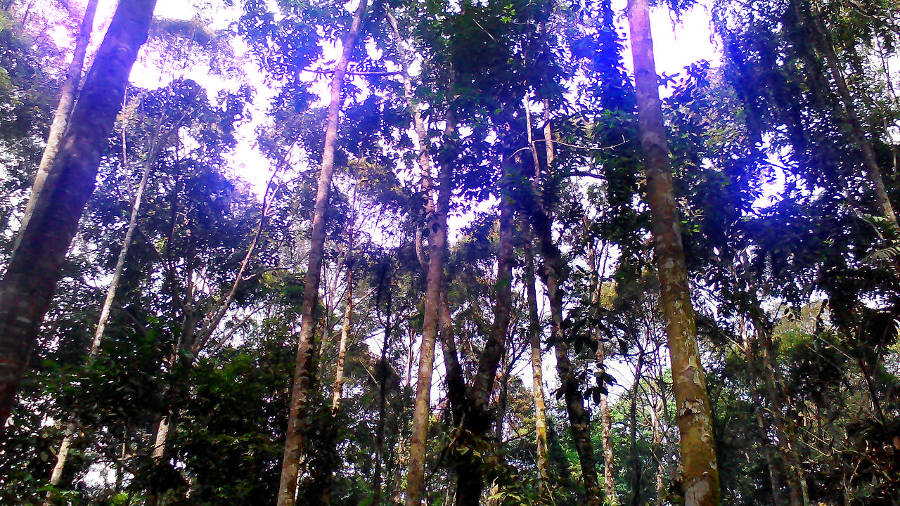 Even more trees on Kua

Now, another gorge stops us dead. It is much bigger and wider than the one we saw earlier. I am unable to circumnavigate the obstacle as more obstacles prevent us from turning left or right. I say to Omar, “Say the word, chief, and we’ll fly.”

Omar turns to Salindre, asking her, “Would you say our mission time is sensitive?”

Salindre says, “Merez Alcan also knows about the dig, so yes, I would say that.”

Ramsis uses his mathematical know how and makes the proper calculations. He says we could make the jump and tells me how much distance I need to clear the gorge. (He rolled 5 Successes with his 8d Technology check.)

I follow his instructions and accelerate over an incline at the edge of the crevasse. The incline gives us an upward boost. Also, the uneven footing that we race over rolls us as we soar over the chasm. We roll a full 360 degrees before we landed on the other side of the crevasse. It takes us a moment to stop our involuntary screaming. 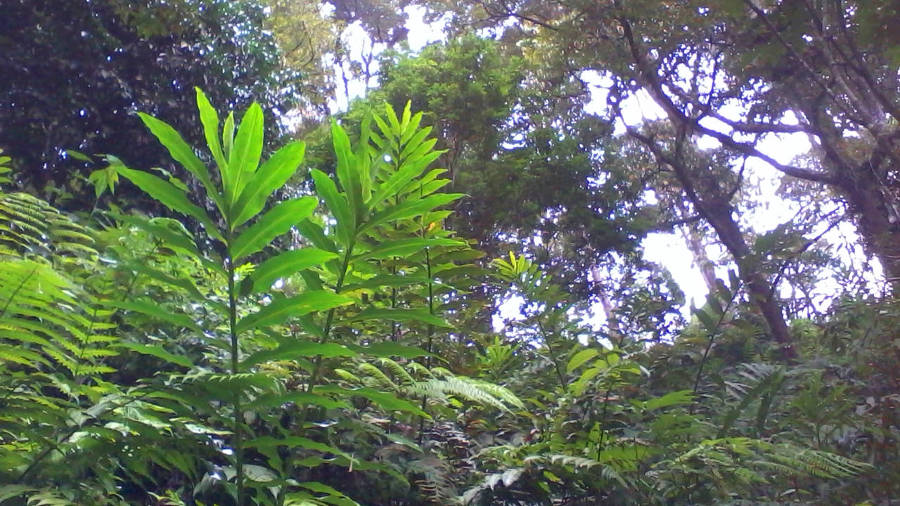 The crawler negotiates an uphill drive. However it is too steep for me. I try my best to not slide backwards down the hill (rolling my Pilot check of 7d and thankfully getting 1 Success.) Fighting soil erosion and gravity, I select a more rugged gearing for the crawler. With a roar of engines, La Cucaracha conquers the little green hill. Good luck next time, green hill.

Song of the Sirens

We arrive at the abandoned dig site. From atop our crawler, Omar scans the clearing with his eyes. (No Successes with his 5d Observation check.) He tells us he sees nothing.

Then we all disembark, our weapons ready.

We see broken down walls and pillars millions of years old and remains of an ornate flooring in the dirt. There is no roof left. There are a number of bipedal statues standing tall at various positions around the site. I ignore them and move into the ruins.

The dangerous cursed dig site with the forbidden secrets on Kua

It would be dark in 2 hours so we have to move fast. I find a small sculpted shape in the dirt. I am unable to identify what it’s made of and show it to Salindre, commenting, “Must be Portal Builder artefacts.” I return to the dirt, beneath the nearest statue.

Ramsis finds the remains of a portable lab, perhaps left behind four to five weeks earlier. He also located an expedition manifest and a crew list. The expedition was led by one Doctor Zhar Baghra. This was the dig that the archaeologist Lavim Tamm was involved with!

Omar finds signs of a struggle. There was a fight here. He spots a tabula discarded in some bushes. He tries to access it (with an 8d Data Djinn check, but failed) but the tabula just blinked off. 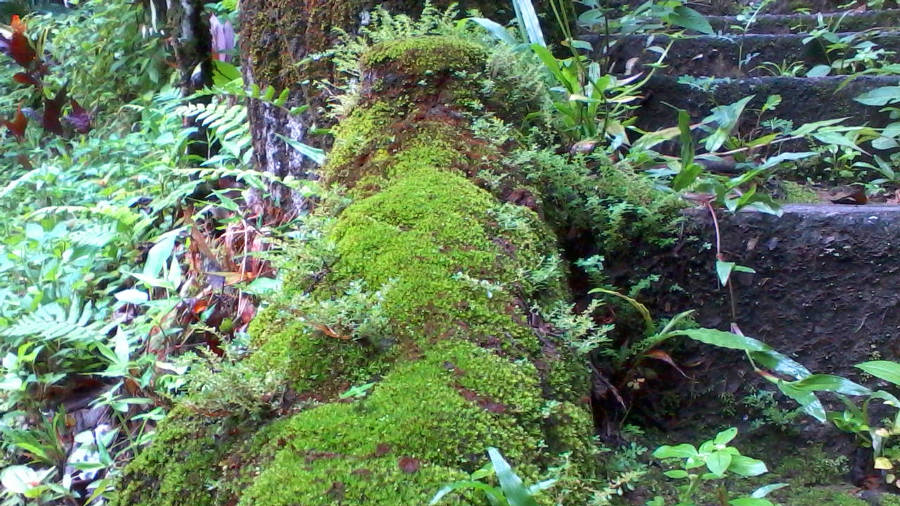 Moss or lichen or something on Kua

I am exhausted. Too exhausted that I fail to notice that the statue over me is moving. I only notice when its blade buries itself into the ground beside me. I turn and see the bipedal alien statue pull its blade back.

Salindre fires her gun first but misses. Ramsis’ gun however does some damage to the moving statue. It swings its blade once again and I dodge out of its arc of travel. Thinking I should not remain there too long, I sprint away from the thing sneering at me while drawing my acceleration pistol.

There is a bone-jarring staccato from Kariim. His weapon, firing at full auto, shoots up the statue full of dents, overwhelming it. It could not move, but it is repairing itself. When Omar’s bullet strikes the immobilised statue, another statue some metres away also begins to move, drawing its blade weapon.

I yell incredulously, “Another one?” Then I eye the other stationery statues suspiciousy all over the dig site.

As the second statue strode closer, the crew pour their might into the first statue. It is my accelerator pistol that shatters the automaton into a thousand pieces. (Ranged Combat check of 8d in total, 3 Successes.)

We then focus our combined attack on the second statue.

We ensure that the other statues are inanimate the best we could, then pick up as many artefacts that we find. Returning to La Cucaracha, we pool together our loot. Most has no value, but we find one small statuette of an alien creature that might be an actual Portal Builder. Also, there is an ancient working healing scarab which will be handy in the future. They dig up a grey cylinder that Omar is unable to identify (with a Failure on a 4d Culture check).

Finally, there is a smooth, 2 metre-tall, obsidian-black urn covered in bas-relief glyphs. No one is able to identify what it was, not even Salindre.

As dusk creeps up on us, we retire to La Cucaracha to rest and plan our next move.