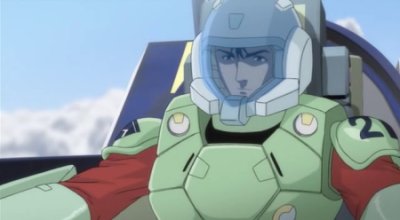 Robotech Defense / Expeditionary Force is back in force in the form of the direct-to-DVD movie Robotech: The Shadow Chronicles.

And this time, they’re continuing directly from the Robotech The New Generation (the third chapter of the series that was derived from the Japanese standalone series Genesis Climber MOSPEADA) episode “Symphony of Light”. In fact the first 20 minutes or so is a retread of the Battle of Reflex Point from the point of view of the returning fleet. However, this also means that the aborted Robotech II: The Sentinels movie and novels (especially The End of the Circle) has been de-canonised and considered never happened.

Returning characters include Scott Bernard, the Invid simulagent Ariel, Louie Nichols formerly of the 15th ATAC. Previously non-canon characters Vince and Jean Grant, General Reinhardt and Janice Em are also featured. New characters that pop up include Marcus Rush (brother of Marlene) and Maia Sterling (apparently the other daughter of Max and Miriya).

There are a couple of cameo appearances of Admiral Rick Hunter, leader of the Expeditionary Force aboard the SDF-3… which goes missing, but as I mentioned not as depicted in the novel by the gestalt entity Jack McKinney.

Thankfully, there are no Lynn Minmei shenanigans.

There is a brief “We Will Win” reference in the end though. 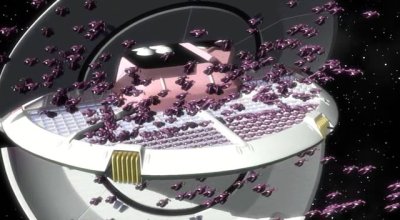 And so the story goes: At the end of “Symphony of Light”, the returning REF fleet – with their Cyclone, Alpha and Beta Veritechs – getting their asses kicked on the ground, in the air and in space, decide to initiate a scorched earth tactics to rid the Earth of the Invids using their new Neutron-S missiles. However, unbeknownst to them a rag tag band of freedom fighters – led by Scott Bernard, the sole survivor of an earlier attempt to retake the Earth – has not only reached the main Invid hive Reflex Point, but has turned one of their humanoid Invid clones, the amnesiac Ariel against them. Ariel somehow pleads with the Invid Regis to leave the Earth, which they do and in their wake destroy the Neutron-S warheads about to decimate the planet.

The survivors rejoice and Scott heads for space to rejoin the REF fleet and solve the mystery of why Rick Hunter’s SDF-3 disappeared on the way to join the battle. The end. 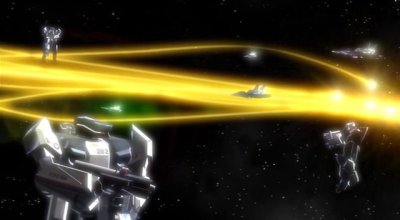 The flight of the Invid Regis

Robotech: The Shadow Chronicles adds some more detail to the episode. The Invid Regis fled Earth not because of Ariel’s request, but because she saw Neutron-S missiles and the use of the Synchro Cannons. These devices are known to them as tools used by their first enemy the “Children of the Shadow” and hate all Protoculture addicts. Thus, the Regis warned Ariel as she left that the humans’ new allies might turn on them after the Invids’ defeat.

Meanwhile, a single ship named Icarus captained by Vince Grant left before the attack to look for the missing SDF-3 and the science vessel Deukalion. They find the missing ships and before communications are jammed, Rick Hunter warns Vince to let them know that the Neutron-S missiles are booby-trapped. The Icarus only managed to grab the Deukalion before unknown alien ships attack forcing them to leave the SDF-3 behind. They return to Moon Bace ALUCE and discover everyone aboard the Deukalion dead. Except for the dormant android Janice Em, that was built using human and Haydonite technology. 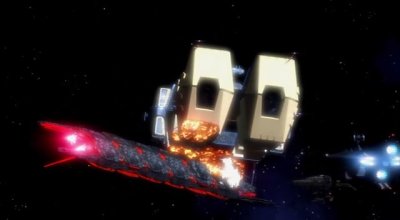 But it’s not a stretch to see early in the movie that the “Children of the Shadow” and the Haydonites are one and the same. In the end all the major characters’ paths converge on the Icarus on a search and rescue mission. Will they find Admiral Hunter and the SDF-3? Will we find out why the Haydonites wish to see all Protoculture users destroyed? Will the Invid return? Is Janice Em a Haydonite Trojan Horse? Will we ever see Louie Nichols’ eyeballs?

Find out in the upcoming movie Robotech: Shadow Rising currently in development and due in 2009. Wheeee.

The return of familiar characters from 20 years ago… and most are voiced by their original voice actors! CGI Alpha-Beta Veritechs vs. CGI Invid Troops! High definition visuals and the Robotech universe never looked better!

20 years worth of ancillary literature, especially The Sentinels, are now chucked out the window. Even the SDF-3 looks different from earlier version (unless it’s a yet-to-be-explained refit during the Sentinels campaign before these events). The script is less than stellar, but in retrospect much better than the translation / conversion we got 20 years ago. Mark Hamill’s blink-and-you’ll-miss-him appearance as Wolf Squadron leader. Not enough Cyclone action. No hint as to the fates of Dana Sterling, Bowie Grant, Angelo Dante, Sean Phillips, Rand, Rook, Annie, Lunk, Lancer and Sera. 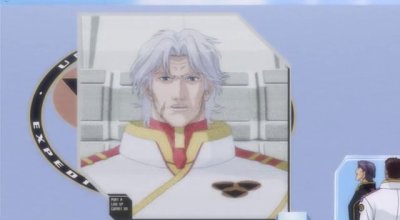 Apparently between the TV series and this movie, all female breasts grow several cup sizes and develop very pronounced child-bearing hips. Even old characters like Ariel. Even dead characters in hologram like Marlene Rush. All of them. Seriously. Perhaps it’s some sort of Invid Genesis Chamber effect.

Now where’s my old Palladium-published Robotech RPG with those MDCs and SDCs and OCCs? (Of course there’s that new one that’s just released earlier this month.) And also there’s that Warner Bros live action movie reportedly being produced by Tobey Maguire with a tentative release in 2010. Looks like there’s going to be a Robotech resurgence in the coming years. Let’s see how it actually turns out.