Two Friday nights ago, I got a call saying I had to be in Bangalore by Tuesday for work reasons. I said there was no way for me to get the visa and ticket done for me to be there by that time, so Tuesday was postponed to Thursday. Visa was impossible to obtain on a weekend.

The following Monday, the preparation to obtain the visa (a set of three photographs, etc.) was done. However, since we also had to take Irfan to the doctor’s that morning, there was no time to reach the Indian High Commission by noon to submit the visa application form. After that, with Ain’s help I booked the ticket to Bangalore (by way of Chennai).

On Tuesday, I spent from morning to the afternoon waiting for my number to be called so I could submit my application form to the counter at the High Commission. My number was 74. Now serving: 5. After that, with Ain’s help I paid for the ticket at the travel agent’s.

On Wednesday, I went to the High Commission again to pick up my passport with the Indian visa attached to it. After that (well, actually during that time), with Ain’s help we obtained the tickets. 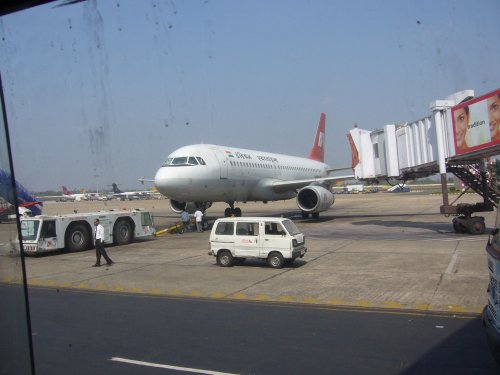 Here I was at the hotel. It was a beautiful hotel and very comfortable. Everything was green and pleasant. The lobby, seen in the following photo, had a very high roof. Sufficed to say I didn’t bump my head on anything. 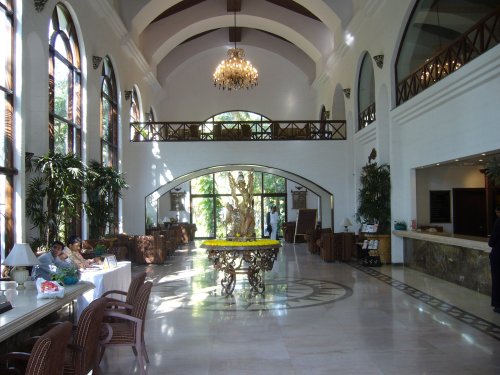 Here is the green stuff immediately behind the lobby area. The path leads into the garden and a swimming pool beyond. There was a pokok senget right by the pool. 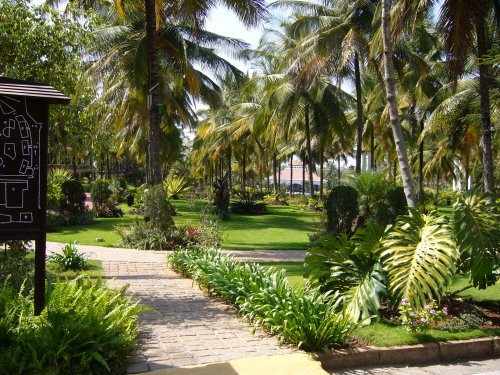 The photo of the pool here was taken from the balcony of the suite of the person I met with at the hotel. 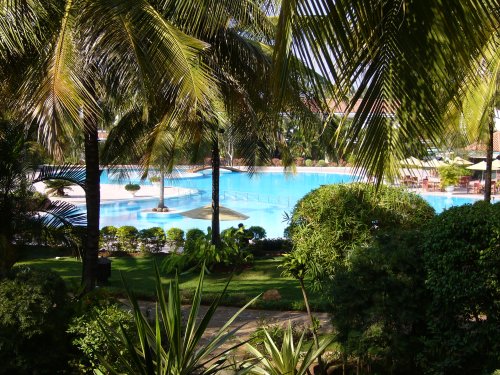 Here is my room. The lappy is out for immediate use after I arrived. 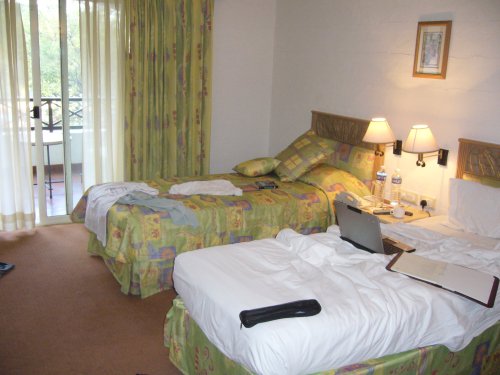 Here are some people I made friends with. A paratha-class roti and tuna sandwich. It’s true, you can tune a piano but you can’t tuna fish. They were bad at conversation so I ate them. 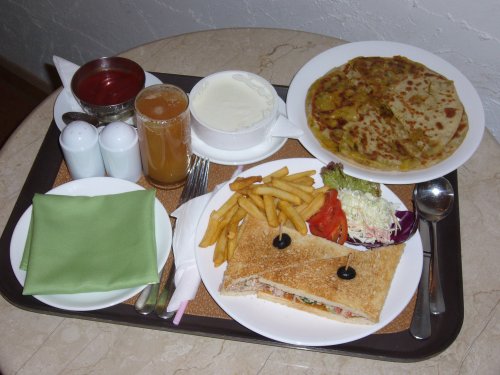 Because I was there alone, expect absolutely no pictures of me anywhere.