Back in 2014, I made these artwork for a charity project in the tabletop RPG community: Double Feature Charity Module: Erik Jensen’s Bonespur Glacier and Jason Paul McCartan’s The Tomb of Bashyr. It was published by InfiniBadger Press.The two adventures in the book was designed to be used with OSRIC rules, but with modification, it can be played with any old school D&D edition.

I helped draw some art for Bonespur Glacier that took place in the ice. Five of them can be found below. 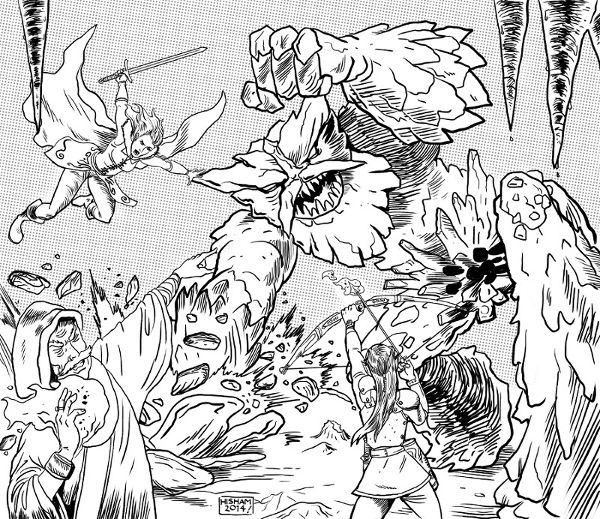 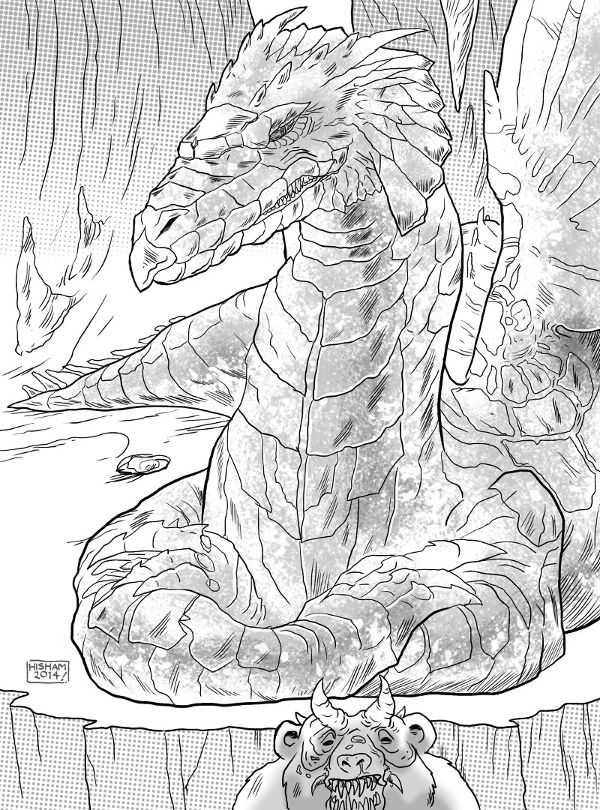