After seven weeks, on and off my co-curricular class has come to an end. We ended the class by running a stage play presentation just like the last time I ran this class. 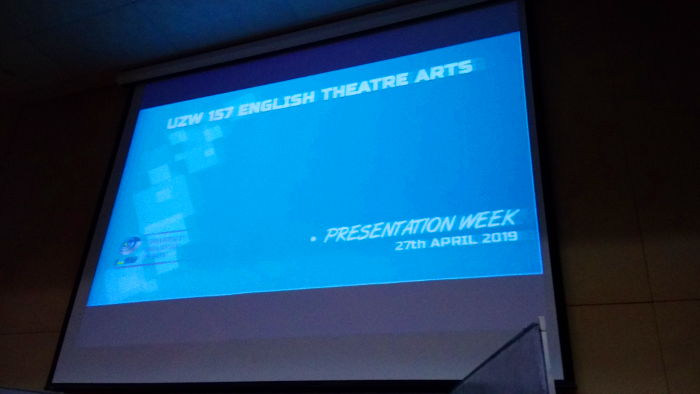 I made this with LibreOffice earlier

At first, the students limbered up, rehearsed their lines and planned their staging while still trying to wake up at 8am. 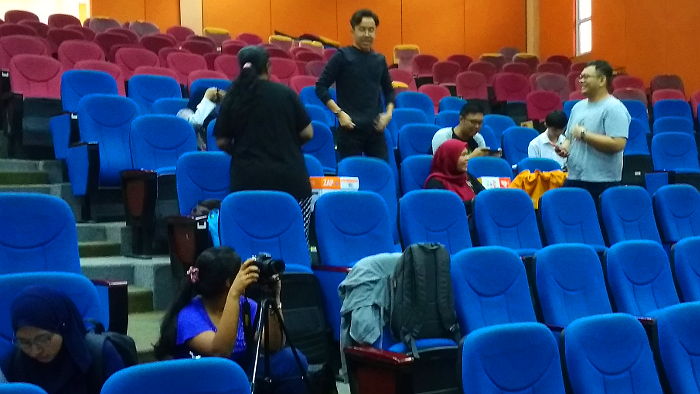 Setting up the camera before the rehearsal

Everyone warmed up fast. Two groups had to rehearse their staging more than the third group as they had requested permission to set up their props, backdrops and rehearse the previous night. 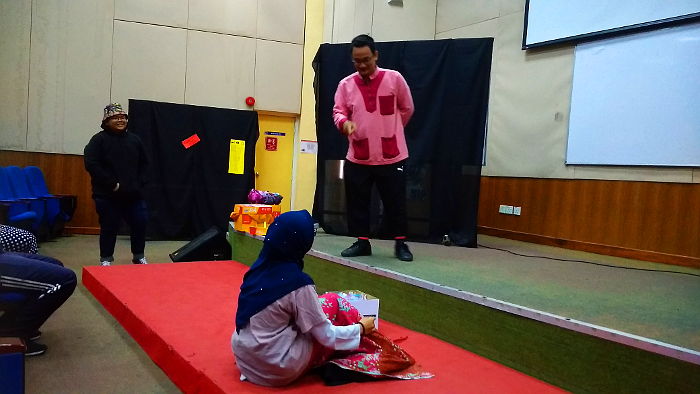 Rehearsal begins with straws on the secondary stage

The secondary stage has a bad spot where many a student slipped and fell. But the student above was on the platform because the script called for it. 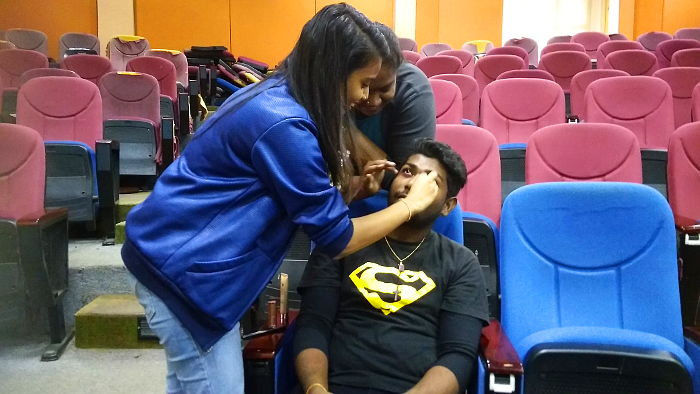 Yes, there was even a make-up department

Wait till you see the results of the third group’s make-up work further down this article. 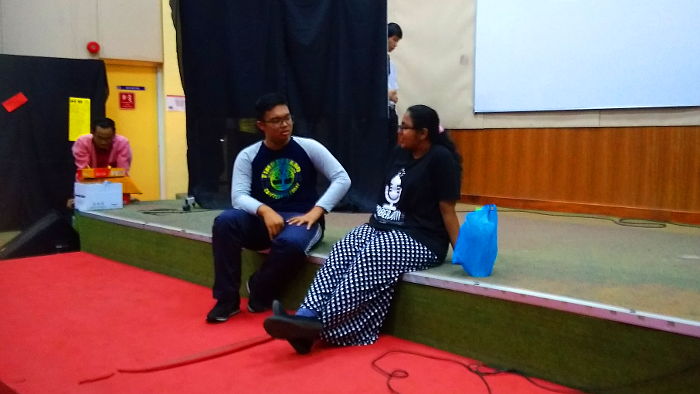 First troupe starts off with Rumpelstiltskin

The troupe that named itself Gear and Shaft started the ball rolling with their own rendition of the classic tale from the Brothers Grimm collection, “Rumpelstiltskin.” The props department also did a humorous translation of “spinning straws” in the play, but instead of using straw from stalks of grain, they used drinking straws. 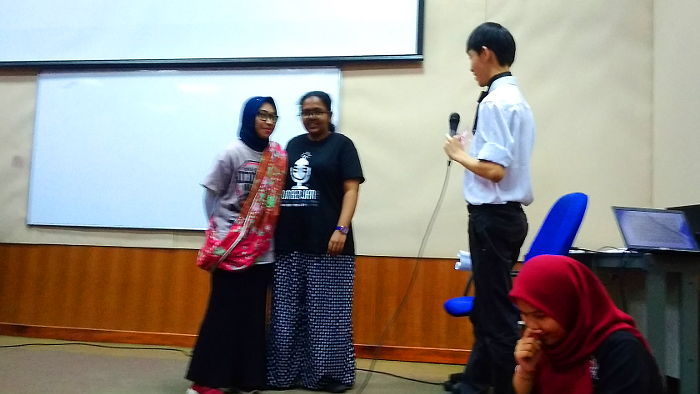 The play displayed some amazing off-beat acting by the group, infusing comedy, sarcasm and a little bit of pathos in the queen’s fate to spin straw into gold. Ryan Vitthya’s off-kilter portrayal of the titular character gives the play a lighter, but humorous tone. To be fair, almost everyone performed well with so many good sarcastic lines. 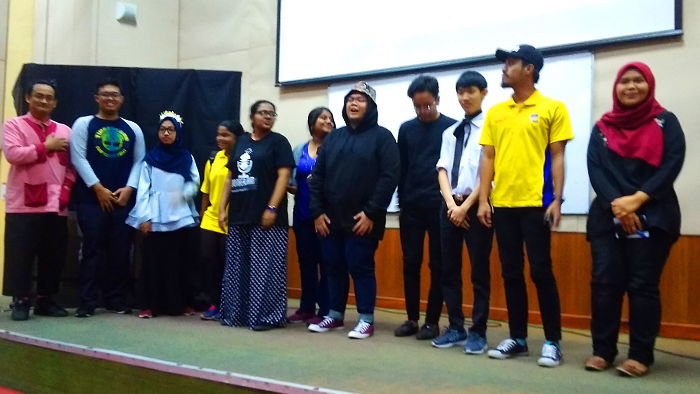 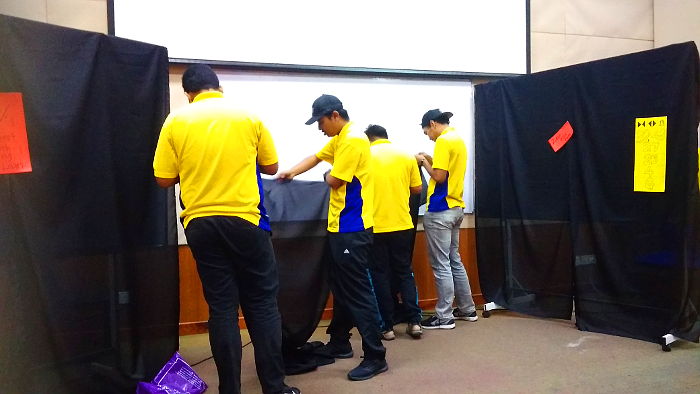 Next group redresses the stage

The second troupe, named Foxy, presented a slice-of-life drama set in an elevator in an apartment building. Entitled “The Elevator” the play was anchored by actor Muhammad Izzamir who portrayed Dinzly, who was returning home in the evening after work. 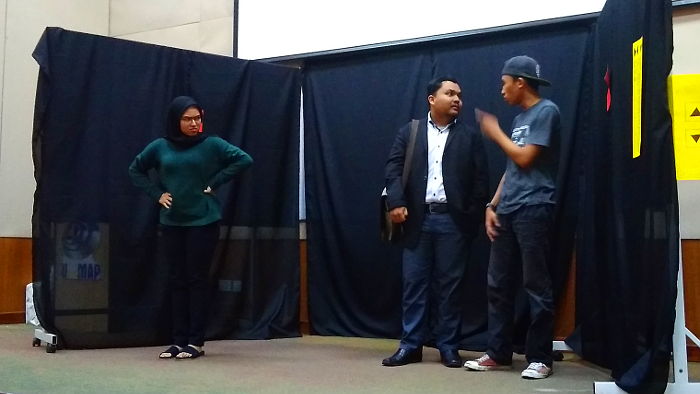 Dinzly rides the elevator up and down unable to leave for one reason or another. When the elevator stalled, the special effects person rapidly flipped the stage lights on-and-off to simulate a broken elevator. A series of events occurs in the play from the humorous to the almost-romantic, concluding in what might be a dark ending of the play. 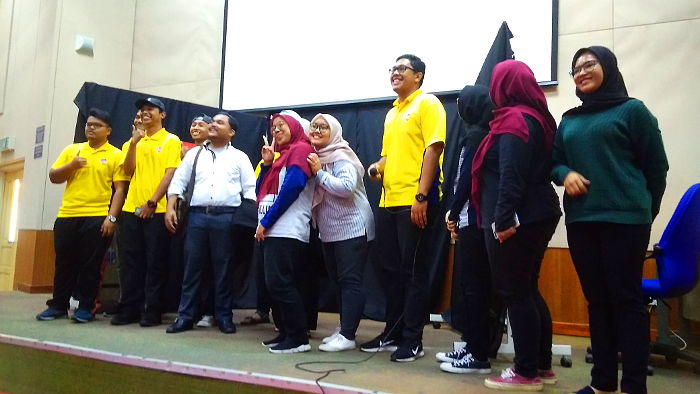 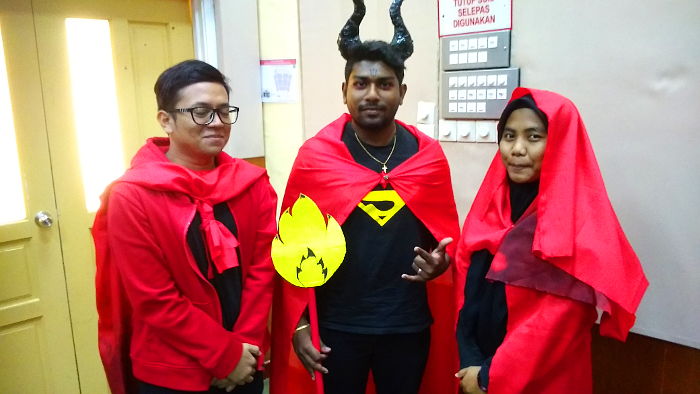 If there was a costume and make-up award, they’d win it

Finally, with Darker Shades of Life‘s epic drama that portrays youthful rebel demons in Hell who flee to Earth to experience life there. However they bite off more than they can chew in a secondary school, because everyone knows that secondary school life can be a handful. This causes Shazwan Fariz’s character Leo to call for help, summoning his father Lucifer, played by Melvin Rajnath. 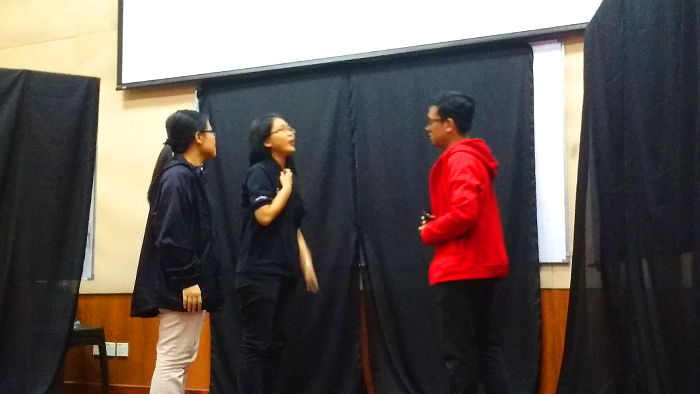 This play has a range of scenes displaying a range of emotions. There is joy in escaping from Hell. There is wonder in exploring a new world. There is despair from being confronted by bullies. There is a semblance of love when Leo becomes infatuated with a human. There is also weirdness when Lucifer appears and does a chicken dance in front of Leo. 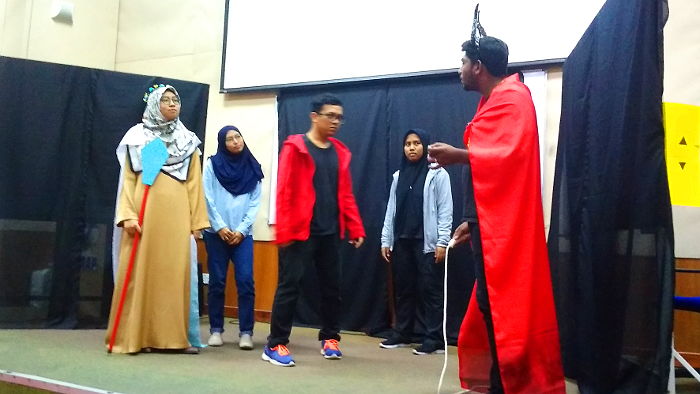 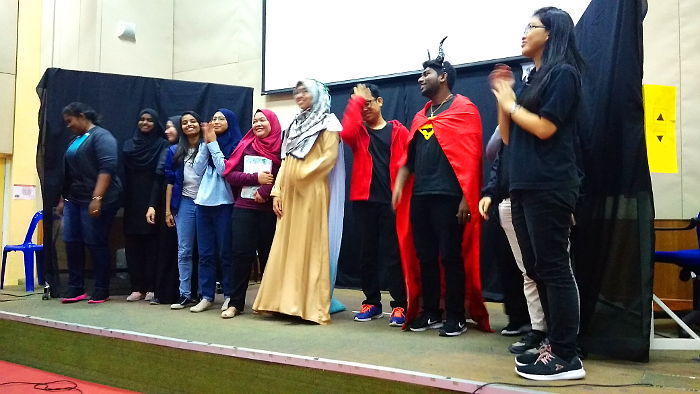 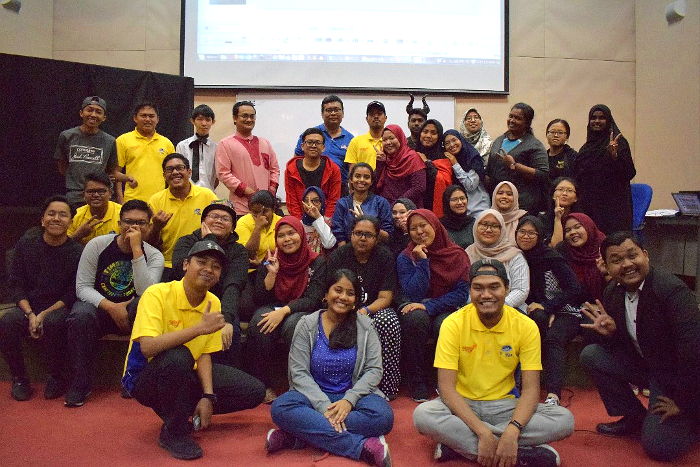 The UZW 157 class this semester ends

Thanks for all your performances in this class. I can tell everyone gave their very best, from the actors to the prop masters!