Recently Imperfekt Gammes who published Invulnerable RPG, commission a pair of interior artwork for their new tabletop RPG Cosmic Cutthroats, a game about dimension-hopping adventuring, getting into trouble, partying, helping people, and overthrowing dictators across the multiverse! 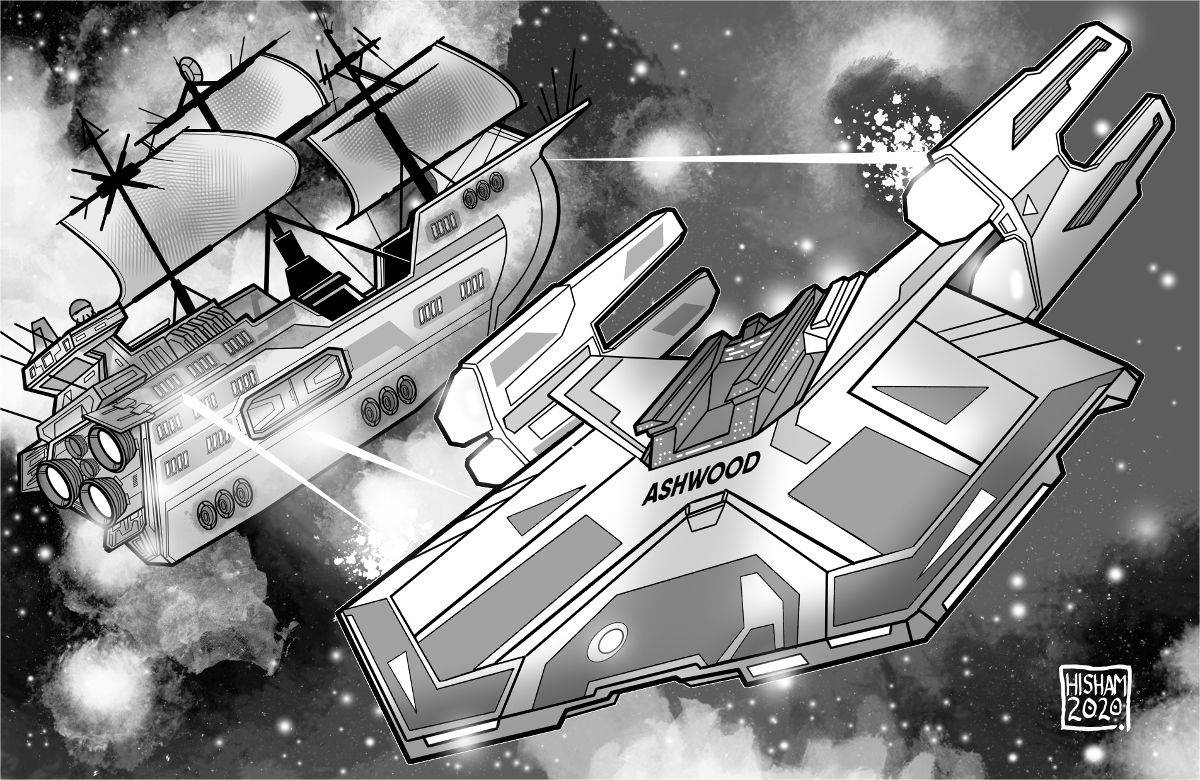 Above: The Spacefleet Cruiser Ashwood trades blows with an enemy skysailing galleon. 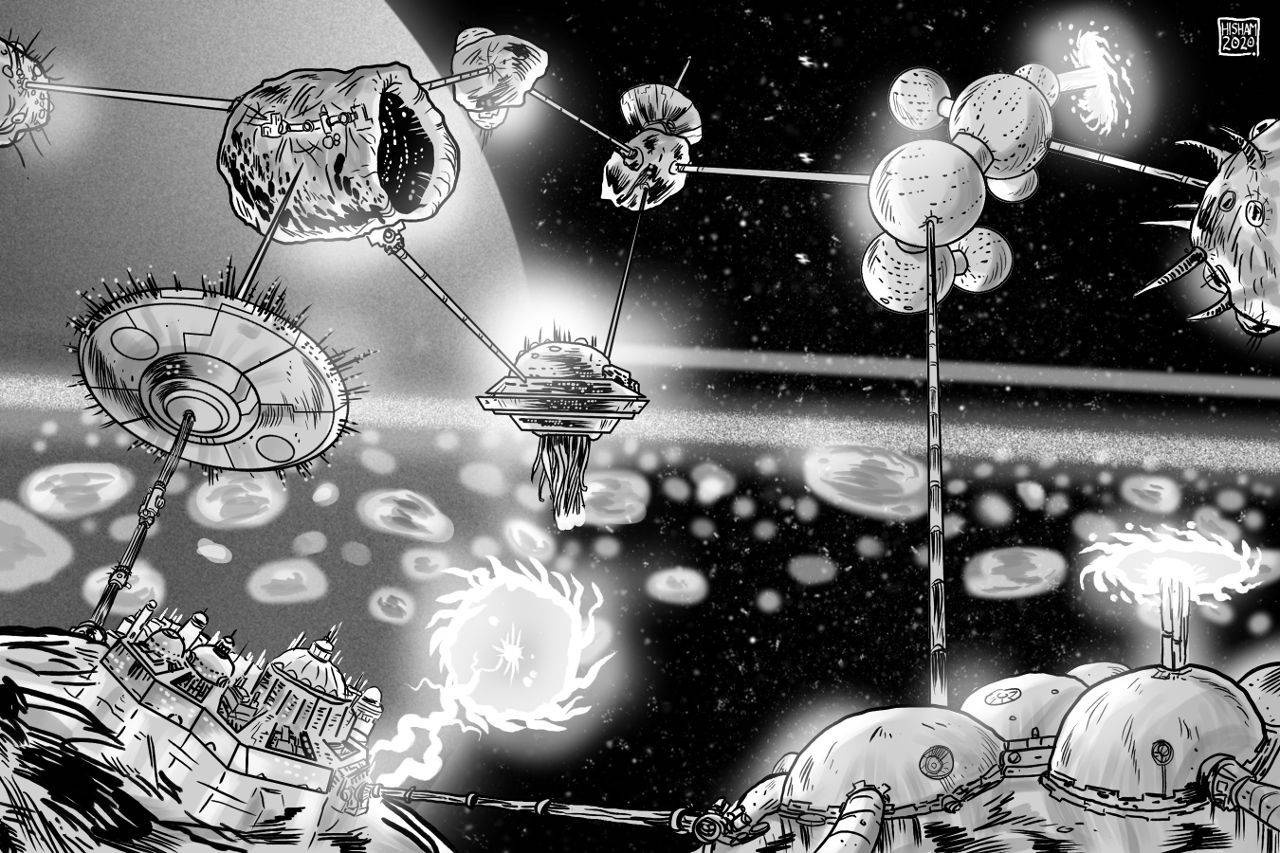 Above: The adventurers’ hub is the city of Uru Ulan. Founded millennia ago by an immortal Sumerian sorcerer, Uru Ulan consists of a network of colonies on Saturn’s rings. Teleportation gates link the colonies together forming a large, continuous city. Also, some colonies have portals that link to other universes.

Updated (4th June 2020): Cosmic Cutthroats by Joshua Kubli has been released at DriveThruRPG! Check it out here.