Last week, we finished the Coriolis RPG published adventure entitled The Dying Ship. Last night – now reconvened on Roll20 – the crew thought they would spent the day relaxing on Coriolis station orbiting Kua. Or so they thought…

The team was relaxing and enjoying drinks in Wahib’s Cantina, considering what to do with the money they earned salvaging the Orun II. This was when a middle-aged man approached them with a job in mind. To Alrazzi’s eyes, this Merez Alcan seemed sleeker, more polished than their previous client Adzem Kembouri. This new potential client wore a red fez, a monocle and wielded a cane.

Alcan, like Kembouri before him, spoke of the Prosperous Cheetah‘s laurels and good standing among people.

He offered them an easy job: to look for archaeologist Lavim Tamm. Tamm was supposed to have returned from Kua, the planet Coriolis station was orbiting. He was bringing the First Idol of the Dancer an artefact that a dig team had discovered on Kua when he disappeared.

Alcan had only one lead: Tamm frequented the antique shops in the Spice Plaza bazaar on Coriolis. He offered them 1,000 birrs for the job. The team almost declined the job, but changed their minds.

This would be a quick and simple job without the team having to leave the station, a light task to kill the time.

Let’s get this over with and get paid.

Because Alrazzi was born and grew up on Coriolis, he led the team to the other side of the Coriolis Ring via the grav tube. At the Spice Plaza, he asked around and found out that Tamm could usually be found at the White Tugur bar.

(Chang arrived late for the game more or less at this point.)

The team strode into the dark, smoky dive with an old lady tending the bar. As the others fell back, Omar took the point. He ordered an arrak and told her, “I am looking for Lavim Tamm.” The bartender seemed to recognise the name, Omar noticed. “Where can I find him? I owe him some money. I wish to return the money I own him and it weighs heavily in my heart.”

The woman told him that he might be hiding at Kaffrah’s Artefacts somewhere in Archaeology Alley on Coriolis.

As Omar thanked the old lady, Kariim who was keeping an eye out on the streets (1 success with a 4D Observation roll) spotted someone who was looking at them from across the street.

The figure bolted. Kariim bolted after her and tackled the person onto the ground (1 success with a 6D Dexterity roll). In an instant, Kariim pulled the figure into an alley, yelling, “Who are you and why are you listening in to us?” It was apparent that the young woman had no combat training at all.

The rest of the team spotted Kariim and rushed into the alley. Alrazzi threatened the woman with a plastic bread knife and Omar ordered him to stand down. The captain asked her politely, “Do you know Lavim Tamm? We are indebted to him and we would like to meet him to return the favour.” (2 successes with a 7D Manipulation roll.)

The woman who introduced herself as Jinna, told them that Tamm was hiding out in Kaffrah’s Artefacts down in Archaeology Alley and he believes that he was being followed.

Omar balked, saying, “Don’t curse our luck by saying that!” (This was an OOC exchange written into the narrative.)

Suddenly, Jinna turned and disappeared into the crowd. The team opted to let her go and proceeded to their destination.

Alrazzi led the team to Spring Plaza on the other side via the grav tube. Archaeology Alley was a collection of shops and offices that dealt with Founder and Portal Builder artefacts dug up on planets across the Third Horizon. A small number of them looked comfortable and well-kept. Most were not.

Kaffrah’s certainly was not. A short metal staircase led down to its unlighted grimy entrance. Kariim took point while Alrazzi was rearguard with his hand on his accelerator pistol.

Omar asked about Tamm invoking the debt that was owed (and obtained 2 successes with a +1 for a total of 8D Manipulation roll). The shopkeeper told him that Tamm came by the shop earlier today carrying something in his arms. The archaeologist left soon after, but informed the shopkeeper that he was living in some cheap boarding house at the top of the Promenade. 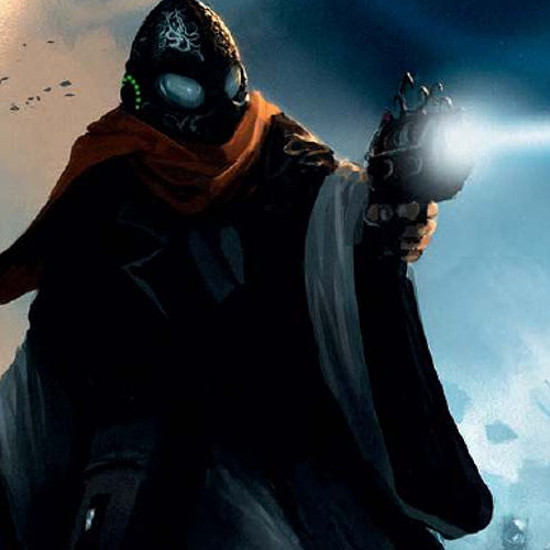 Next, the team headed for the boarding house. At this point, Ramsis (with 2 successes on his Observation roll) realised that someone was shadowing them. It was a woman wrapped in heavy caftan with a hint of combat jumpsuit within. Alrazzi wondered if it was Jinna, but this new person had a different build and carried herself like a fighter. Kariim peeled off into a side street and prepared for her to pass him by so he could get the drop on her from behind.

(Scoring 2 successes in Infiltration) the former Legionnaire sneaked up to her with his carbine up. He snapped, “Hold up your hands and don’t move an inch.”

The next moments sped by in a flash. The woman drew her accelerator pistol, but Kariim was faster. The shot clipped her, but she remained on her feet. The others turned and rushed back to support Kariim. Spotting this, the woman turned and fled. Her caftan suddenly shimmered. Its colours shifted, changed and matched the dimly lit building on the street. Ramsis yelled, “Chameleon cloak!!!” A moment later, she had climbed up a wall of a store front and faded into nothingness.

Everyone aimed their weapons at nothing. She was gone.

“Next time, Kariim, just shoot them in the back,” muttered Omar. “I’m sure she would survive the shot.”

“Okay,” said the Hashinin. “Shoot first. Talk later. Got it.” 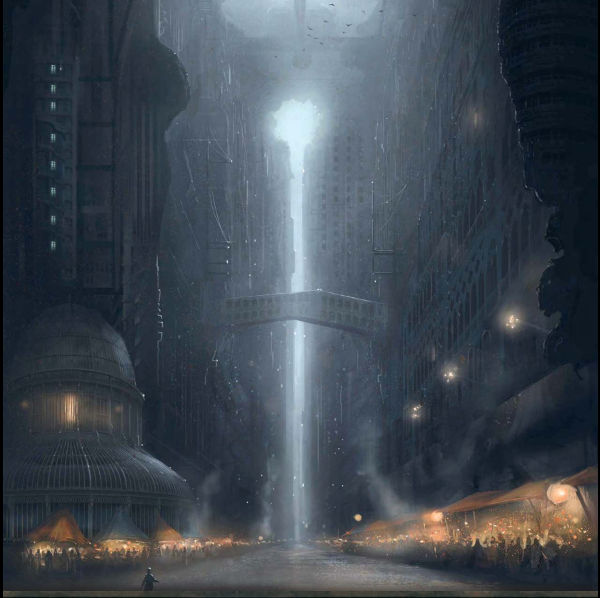 Looking for leads, the team located a boarding house named The Quiet Eunuch. When asked, the desk clerk informed them that Lavim Tamm was in his coffin. The establishment rented out “coffins” for the public to sleep overnight.

Omar ringed the doorbell and loudly spoke, “Lavimm, my friend. If you wish to survive the next couple of minutes, you should let us in. Because we’re not here to harm.” There was no answer.

So Ramsis tried the door handle. The door was unlocked. Tamm was punch-drunk unconscious, but still breathing in his sleeping coffin. The team was unable to find the First Idol of the Dancer in the coffin nor on Tamm, so they drag him out of the boarding house to get him coffee.

They fed him strong coffee in the coffee place down the stairs across the street. Tamm is barely awake, but not really sober. While Ramsis looked out for threats in the street, Omar talked with Tamm. “Look,” he said. “We know you’ve been a naughty boy. You are lucky we found you first because we’re the types to talk over sherbet and coffee, rather than over electroshock therapy. It’s best you try to work with us.”

(Omar’s Reputation score was 7 giving him a +4 to his Manipulation roll, which allowed him a whopping 11D roll. He rolled and got no successes. He Pushed his roll but still resulted in zero successes.)

Tamm informed them of the bridge’s location and then clammed up, refusing to answer any more section.

At the bridge, the team easily discovered the hidden idol in a crack along the bridge. This was too easy. Alrazzi looked about to study the pedestrians along the bridge. Suddenly, a familiar face showed up among the passers-by: It was Merez Alcan!

“Did you find my thing?” asked Alcan, as a group of armed men appeared from various directions to cut Omar and his crew off on the bridge. Each of the syndicate enforcers levelled their pistols at the team.

“Does this look like the thing you’re looking for?”

“You’re that cheap? You’re bringing this much muscle for a measly 1,000 birrs?” Omar attempted to bargain (with 3 successes in his Manipulation roll).

Omar raised the small, ornate idol and considered his next move.