So, just before Eid, Ivan came around and gave us another gaming gift. This time it’s the deck-building card game Ascension: Chronicles of the Godslayer by Gary Games. We brought it back with us to Sitiawan for some gaming. Extradimensional demonic monsters are passing through interdimensional barriers into the world of Vigil. And it’s up to players to build their decks and employ their cards to kick the monsters in the butt, and win by gaining the most Honor points! 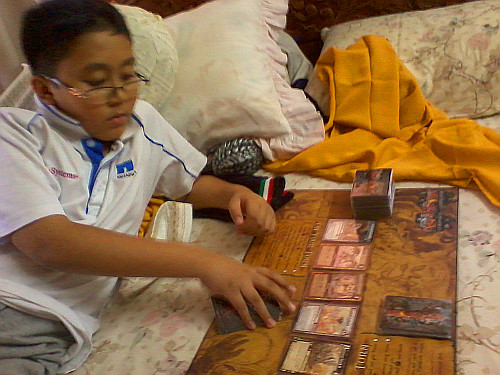 Sometimes, my hand is usually full of the guys in the following photo. They only have Rune points which does me no good when confronted with the bad guy-fulled centre array which looks like the last photo in this blog entry. I keep getting dealt into these situations. 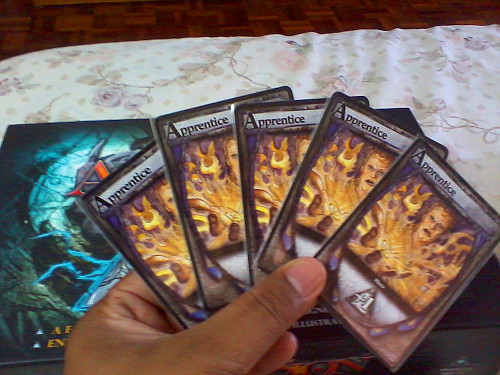 Strangely, when my hand is full of Power cards, the centre array is inexplicably filled with Heroes and Constructs. 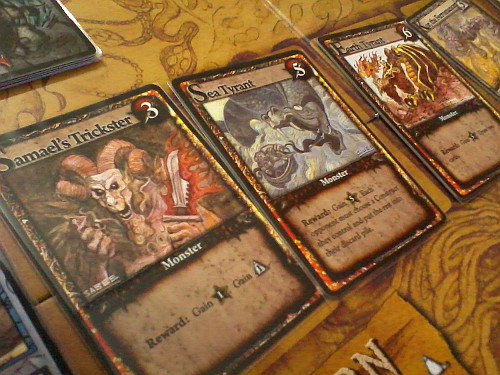 Irfan and I love the game. There’s short-term strategy involved. We get to banish the Avatar of the Fallen, Earth Tyrants, Tormented Souls back into the netherworld where they came from. Also, the stylized artwork by Eric Sabee for the fantasy heroes, gear and creatures are very beautiful to look at.