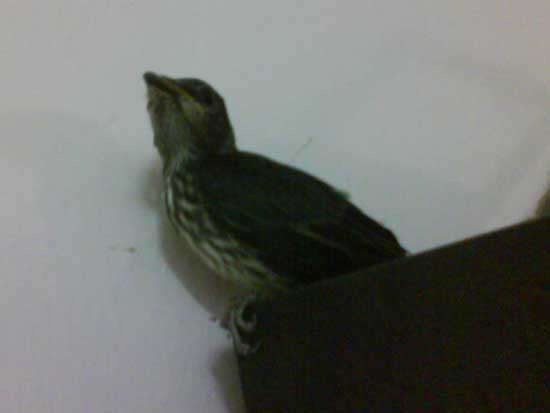 And so it came to pass that as I was relaxing in the living room as the last glow of the setting sun disappeared, a bird flew into the house. At first it just rested on the carpet looking forlornly at me, perhaps wondering into what parallel universe it had travelled to. I called Irfan to approach slowly, but as I edged for a closer look, it flew. 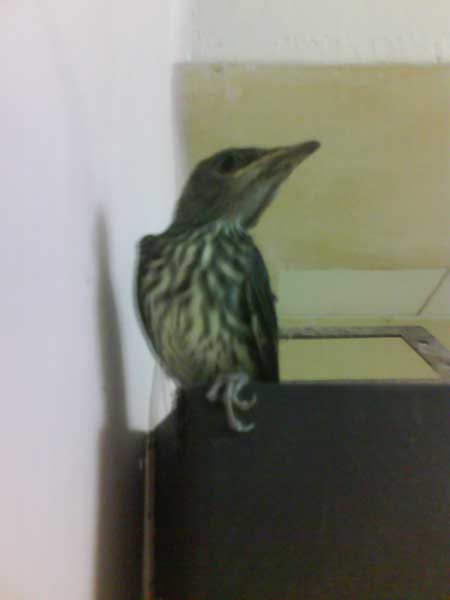 Because the top of the doors and windows were a couple of feet lower than the ceiling, the bird had difficulty trying to leave the house. It flew here and there, catching a breather on the floor, at the top of the cupboard and clinging onto curtains. 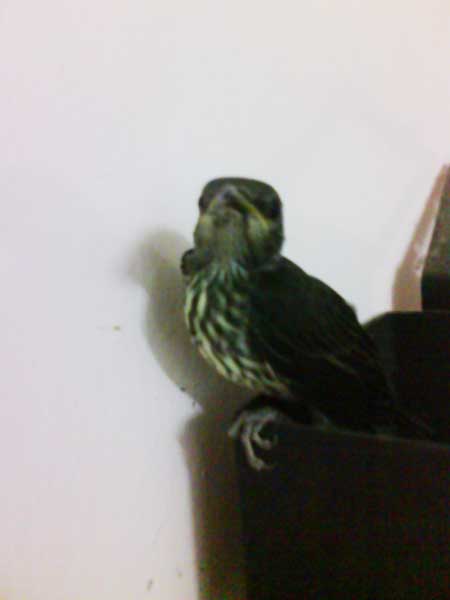 As we tried to help it leave the house, Irfan called up his grandparents to let them know what’s happening. It even flew within an inch of Irfan’s head – causing him to shriek – as he was on the phone. In the meantime, I tried to take photos of the little thing wherever it stopped to perch. 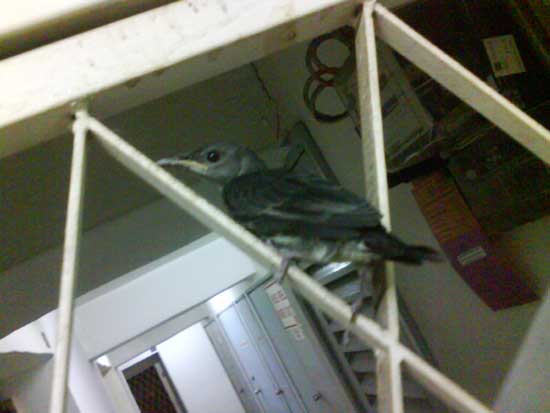 At the door grill

Irfan with the bird 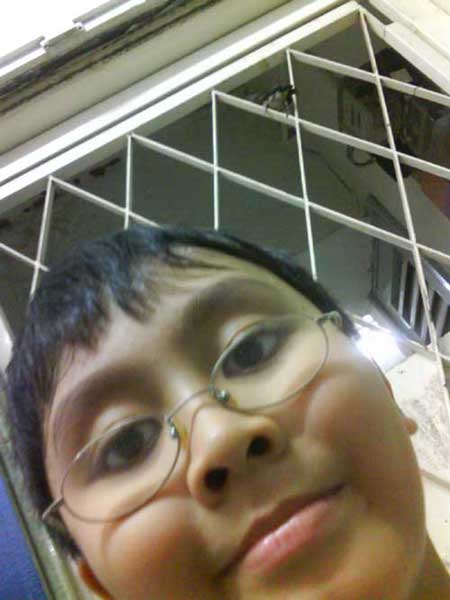 Irfan with the bird

Finally it stopped at the door grill, and I got a photo of Irfan with the bird right over his head before it flew out to freedom. We hope it will come back some other time for tea or coffee.

Posted in Family Pics and tagged Around the House, Critters, Irfan.