Tim the Turtle had grown too big to reside in its tank. And there is no surplus space in the house for a bigger tank. Which meant it was time to say goodbye to Tim.

Thankfully we had the foresight to scout for release locations in the city beforehand and had already decided on the lake at Ampang Hilir Park. 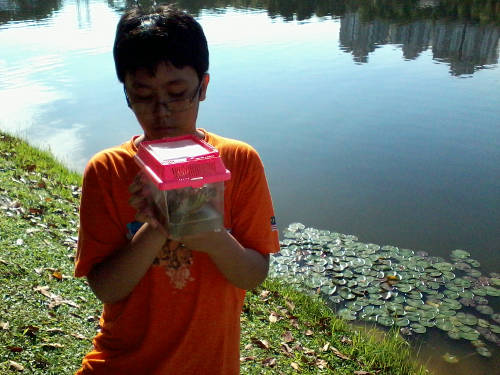 The lake was large for a body of water mere kilometres away from the Kuala Lumpur City Centre. It shot to the top of the list of release locations because it was big and had a sizeable population of red-eared sliders (and assorted fish) within its waters. We also hoped Tim would find a girlfriend some day. Or a boyfriend. We never really determined if Tim was a male or a female. If Tim was female, its name would have been a contraction of “Timah”. 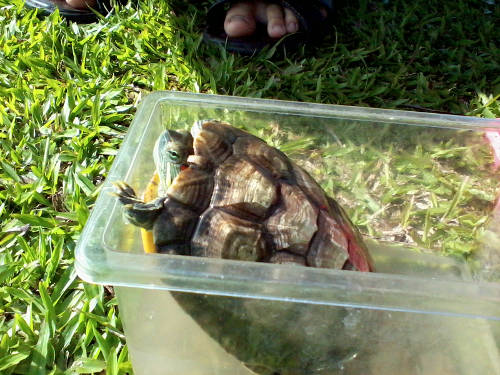 When we opened up Tim’s transport tank, it seemed excited enough that it decanted onto the grass and scampered quickly for the water. I tried getting a video of the event but because of the searing hot sun and sweaty hands, I accidentally pushed the camera off button on the phone before Tim plopped into the water. 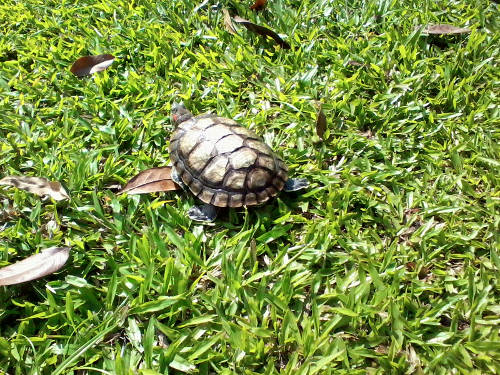 We spent some time waiting for Tim to resurface. When it did it seemed as though it was responding to Irfan’s calls. We threw bits of bread for it and its new neighbours. They appeared to have had a feast. When we ran out of bread, we said our farewells to Tim and wished it well on its new lake-bound life. 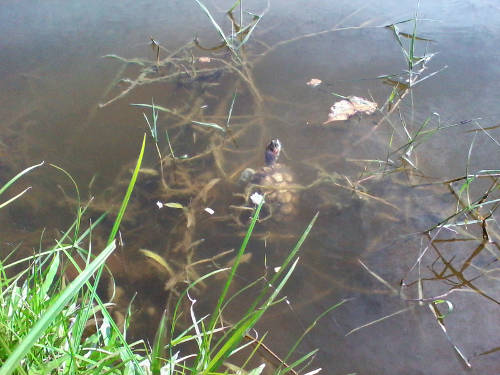 Irfan was sad but he understood that he could no longer cater for Tim’s needs any more in the house given its growth. Besides, we can’t easily carry him with us to Sitiawan or Pasir Mas when it’s balik kampung time. We will miss the reptile’s presence here. Irfan will definitely miss cleaning and feeding it.

And I’m certain Tim is somewhat sad knowing it’ll never learn the eventual ending to the Game of Thrones. 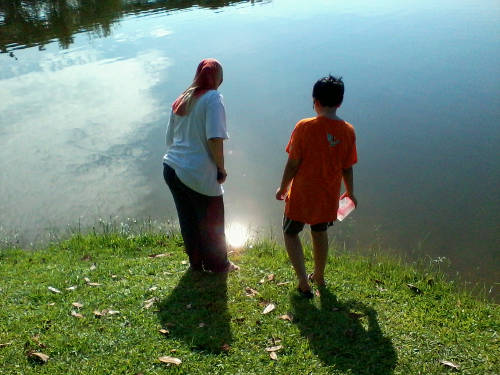 See ya Tim. You know our email address