This afternoon, Ain, Irfan and I went to Teik Sing’s house to celebrate New Year. The last time the former ACS students of SPM 1990 gathered together was during Independence Day 2005 in 1 Utama. I almost missed the gate into Teik Sing’s house, which Warren and I remembered to be bigger. 15 years of memory can play tricks on a person.

Later tonight, after Teik Sing and Michelle are finished with Fearless with Jet Li at Arasu theatre, we might meet up for a drink at the Lumut seafront stalls. Irfan is asleep, so he’ll be staying home. More pictures then.

Here are the photos from today’s gathering: 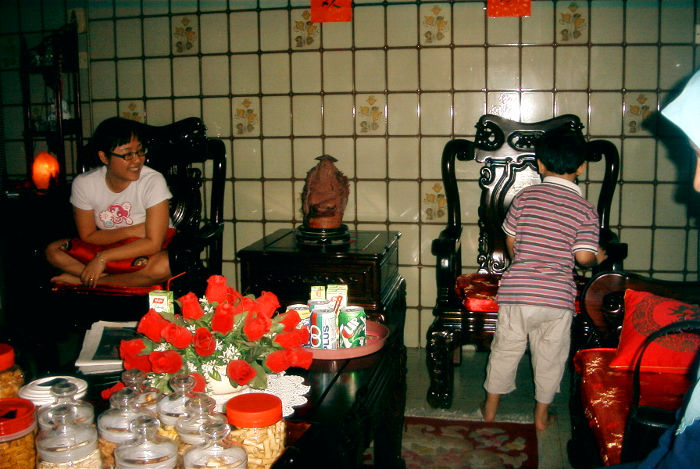 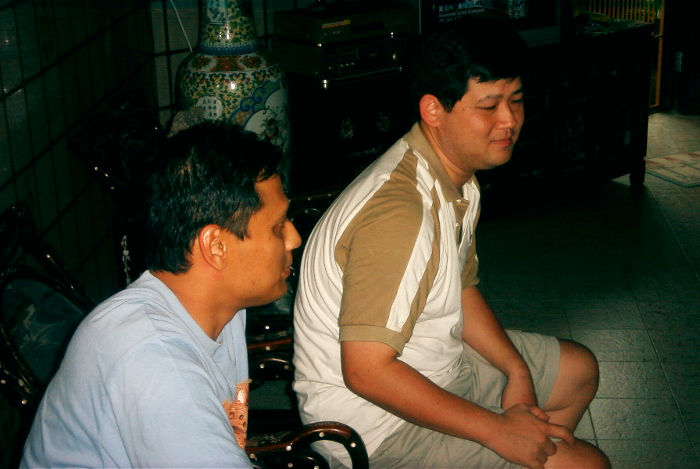 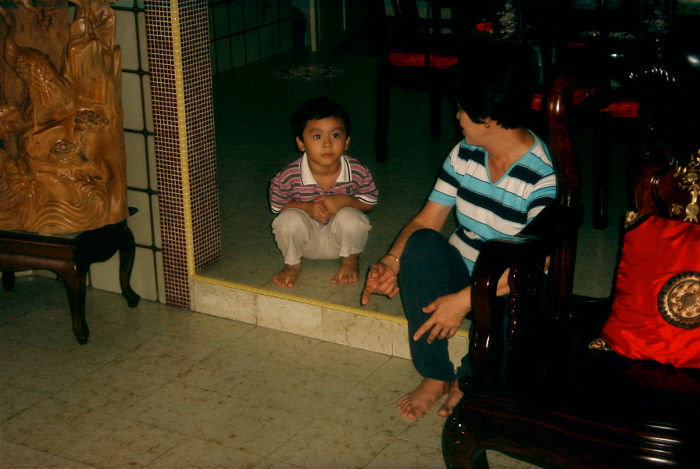 Mrs. Ting gets a load of Irfan 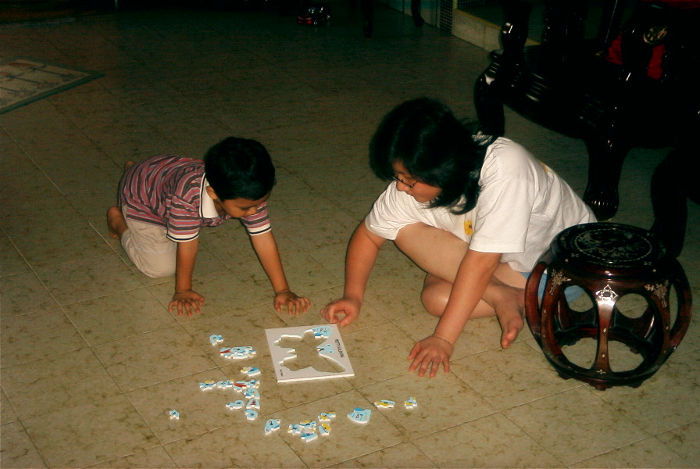 Ivy plays a puzzle with Irfan 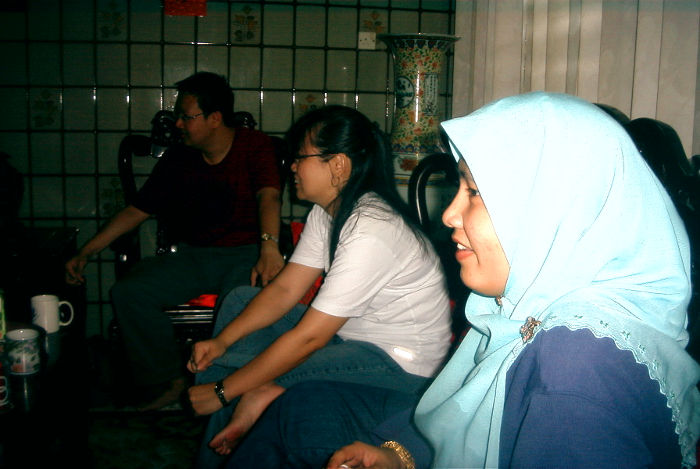 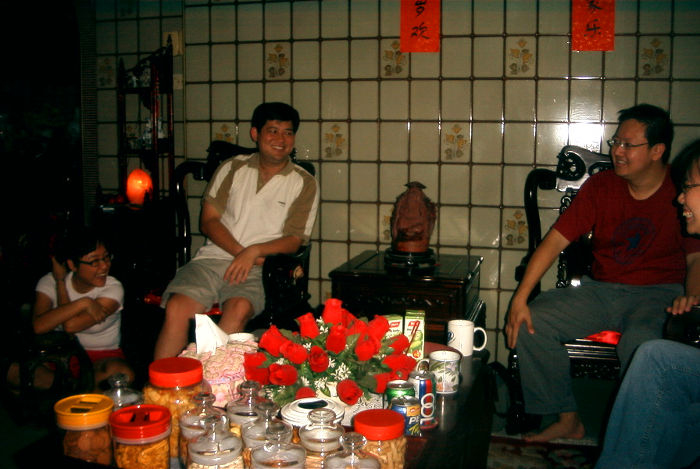 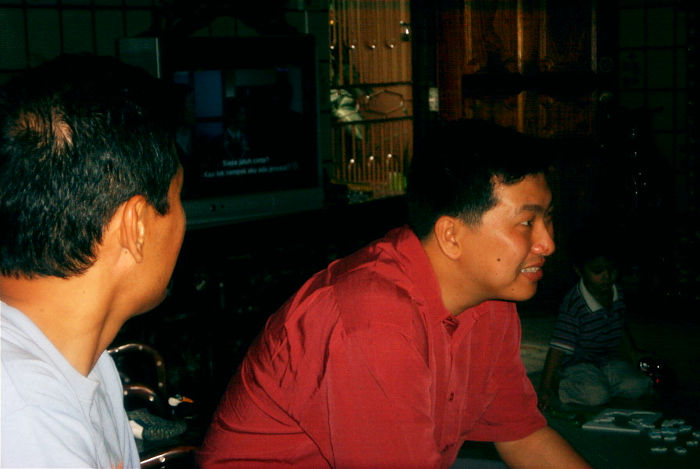 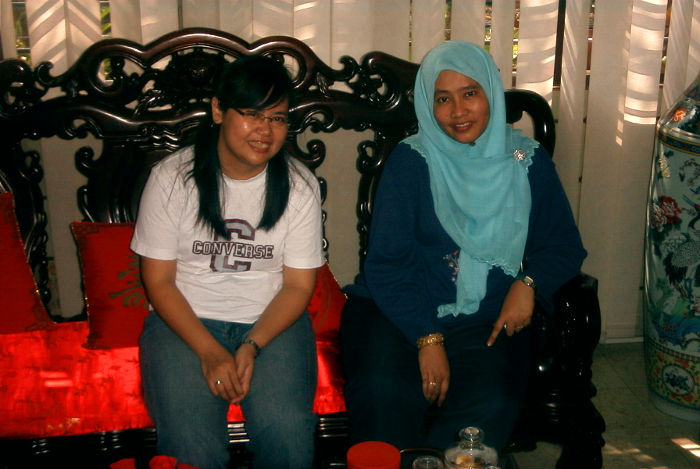 And Mrs. Ting and Ivy broke out the old Masters of the Universe and Teenage Mutant Ninja Turtle toys for Irfan. Shortly before leaving, as usual, Irfan dumped his load and stunk up the entire neighbourhood as he usually does when he visits a new place. 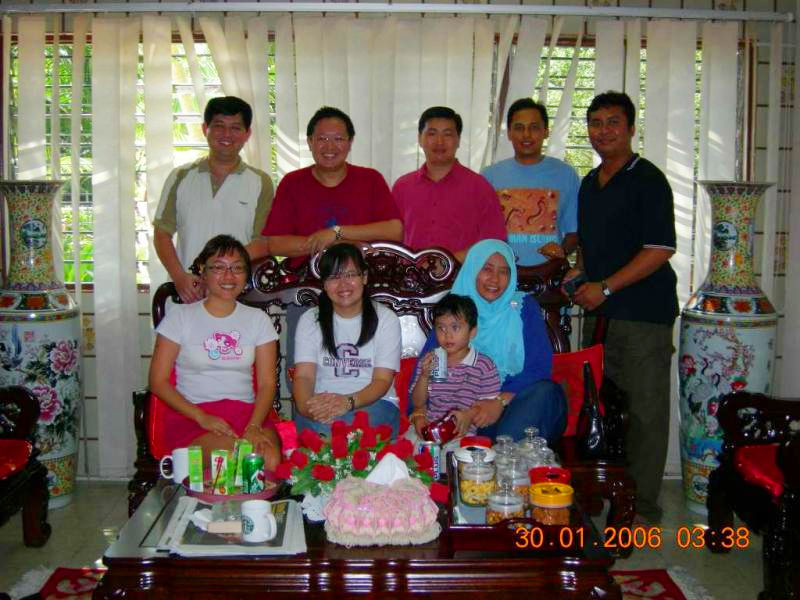 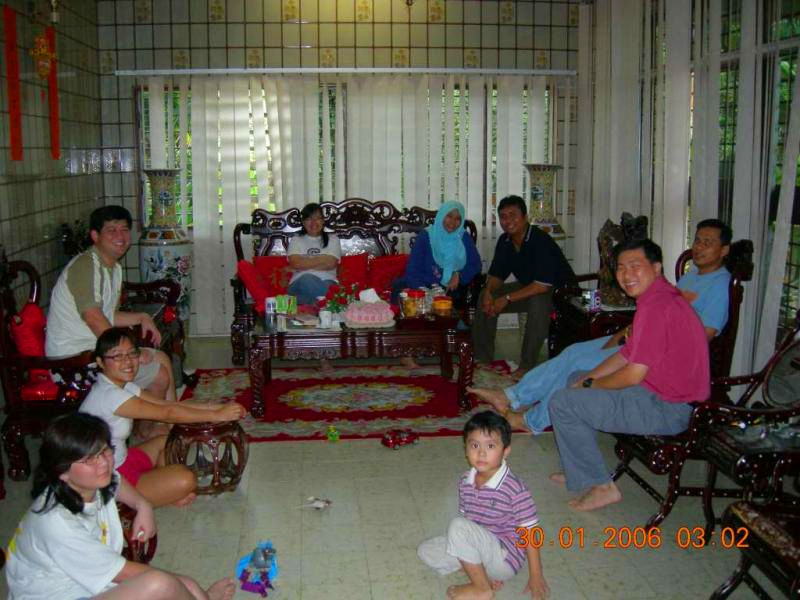