Dare Sensei is a webcomic illustrated in manga form, which is an unofficial adaptation of BBC’s Doctor Who, where all the doctors are female.

I’ve been commissioned by the writer of Dare Sensei to create any incarnation of the Senseis, and I’ve opted to illustrate the fourth, which is easily identified in the following image by her long coat, scarf and a sonic screwdriver. 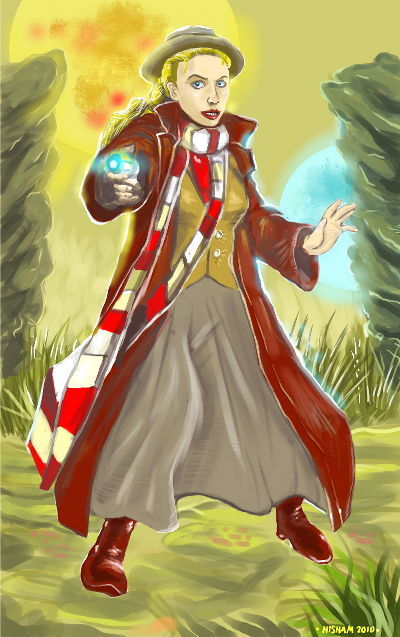 However, Irfan insists that this is River Song.