In the early 1950s, Republic Pictures produced a black and white film serial featuring the character named Commando Cody. Cody was featured in two serials, namely Radar Men from the Moon and Commando Cody: Sky Marshal of the Universe. His costume included a helmet and a rocket pack, which allows him to fly.

During this time, a young man watched these serials at the cinema. More than fifty years later, as part of a movie serial he himself created, that man developed a supporting character named Commander Cody who wears a helmet and sometimes a rocket pack, obviously inspired by and a homage to the former character.

Here’s what happens when the heavens open up and they meet. 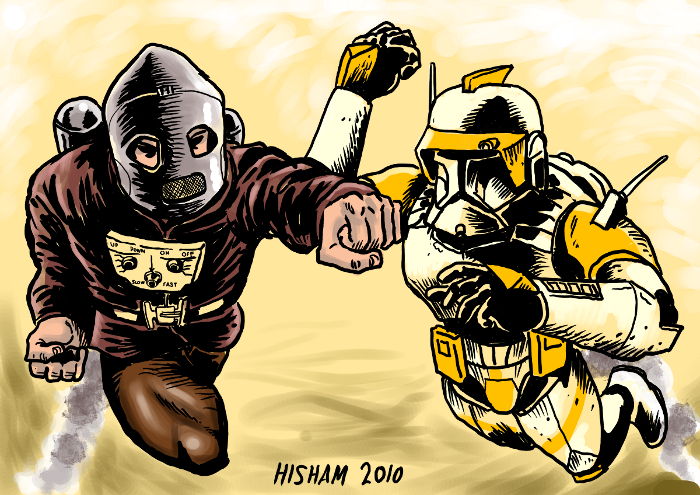 Click here to view a larger version of the image.