Earlier this week there was a drive via online social networks for a sequel of 2012’s film Dredd starring Karl Urban as Judge Dredd. Known as Day of Dredd, there were many posts and tweets about it across the internet. Even Psi Judge Anderson actress Olivia Thirlby herself made a thank you video for fans who helped with this drive.

Dredd was an enjoyable, very tight, very focused story with just the right balance of grittiness and the absurdness of the future social dynamics of Mega City One. Its violence is very explicit, assaulting viewers with the atrocities of the film’s villains. It sets the tone for the grimness of the situation of having Dredd and the rookie Anderson trapped in a vast but somehow claustrophobic Peach Tower residential block by Ma-Ma, the local drug lord played by Lena Headey.

Of course the dire circumstances only serves to  accentuate how cathartic the payback is to the criminals when Dredd regains the upper hand. It’s no spoiler he would eventually get the upper hand. How he gets there is a roller coaster ride.

Would a Dredd 2 emerge from this effort? Let’s hope so.

Here’s my contribution to Day of Dredd on Twitter: 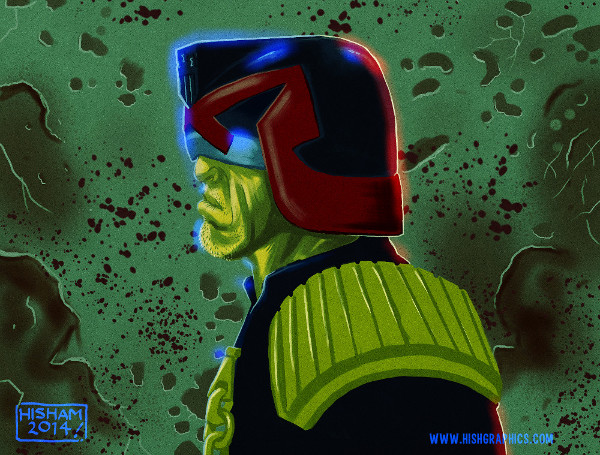