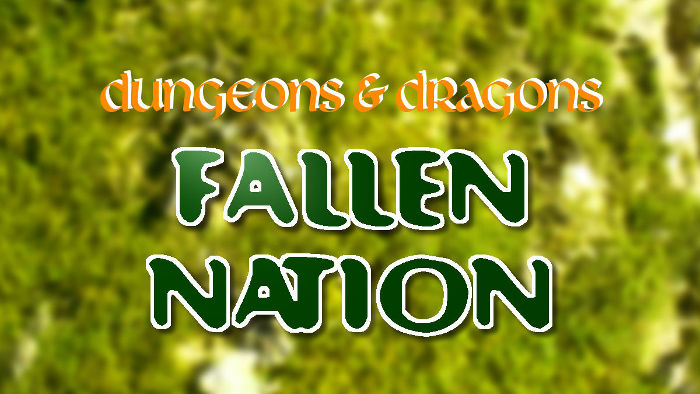 Once upon a time, a cadre of wayward mercenaries – warriors lost without a kingdom – roamed around in search for adventures and a purpose. They hired themselves out to protect the common folk from a growing evil that has begun to stalk the land.

The story began in a tavern. The tavern was located in the village of Starry Falcon in the nation of Camelot. It was a Camelot populated not merely by humans, but also elves, dwarves, drow and dragonborn. However it was a dying nation as its high king named Arthur disappeared five years before. Now without a king, the land was being slowly taken by a growing darkness.

He claimed to be from the village of Rock River, to the east. He told them that something evil had befallen the village of White Atrium. Communication has ceased from White Atrium and none of the people they sent to investigate, including local warriors, ever returned.

After a short planning meeting, the group decided to send Raven, Sage and Lin to scout ahead and report about White Atrium. 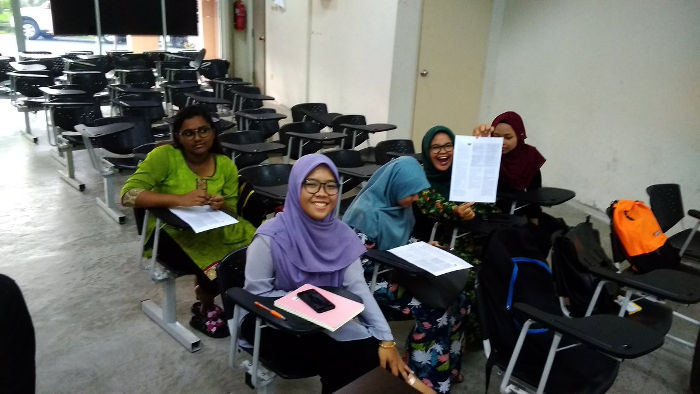 En route to White Atrium, Raven led his two team-mates through the treacherous jungle (thanks to a successful Survival skill roll). A river blocked their path, but Raven found a shallow part of the river they were able to wade across. Raven crossed first. Nothing happened. Sage also crossed without any incidents.

However, as Lin was crossing with her javelin strapped to her back, all three heard a loud splashing behind them. They turned and noticed that a hungry and huge crocodile was rushing towards them! They all turned to flee. Despite being weighed down by her weapons and backpack (and successfully rolling a Dex save) Lin managed to make it across and disappeared into the greenery. 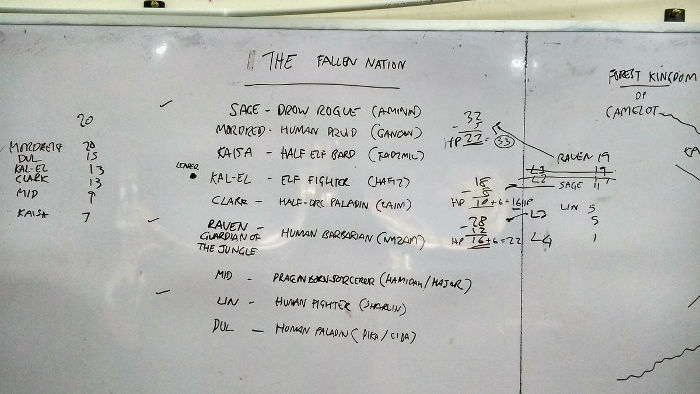 A hill stood in their path. The three adventurers decided to delve deep into a cave that would take them through the hill. Again, Raven the barbarian took the lead. The tunnel opened up into a large cavern with large stalactites and stalagmites. (There was a Passive Perception roll for each character.)

Raven, being the most perceptive of them, sensed a sudden movement in the air. He sidestepped. Sage noticed this too and dove. An old but sturdy net made out of dried vines fell… onto Lin. Then, four lizardmen – resembling bipedal monitor lizards with dark blue skin and bright red marking – appeared from behind large stalactites. They each bore a nasty-looking shortswords. (Everyone rolled initiative.) 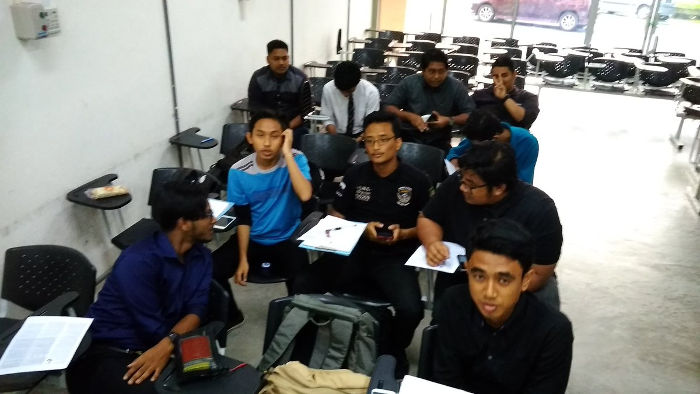 Raven stepped forward and swung his axe at the second lizardman. He left an ugly gash on his chest, but the lizardman still stood. The first two lizardmen attacked Raven their blows did not connect with the dexterous barbarian. Sage attacked but missed another lizardman. Lin (with a Dexterity save) managed to get the net off her. Freed from the net, Lin whipped out her sharp javelin. Another lizardman attacked her, but she twisted out of his way.

Meanwhile, Raven’s axe had decapitated the wounded lizardman. In the ensuing battle, the trio managed to wipe out the lizardmen as they were faster. With a single thrust, Lin stabbed the last lizardman and ended the fight.

After cleaning their weapons, they travelled the caves until they reached the other side of the hill.

They followed a path through the woods towards White Atrium. It was sundown when they reached the location of the village. There was a problem: there was no village.

There was an enormous gaping hole in the ground where the village should be. The hole was almost perfectly circular. Part of a stream was also swallowed by the hole and became a waterfall down its side. There were ledges on the side of the chasm where people could climb down the hole.

But what was down there? Everything was covered in deep shadow and they could not see the bottom of the hole.

After a brief discussion, the trio decided that Lin would return to Starry Falcon while Sage and Raven set up camp at the edge of the chasm. 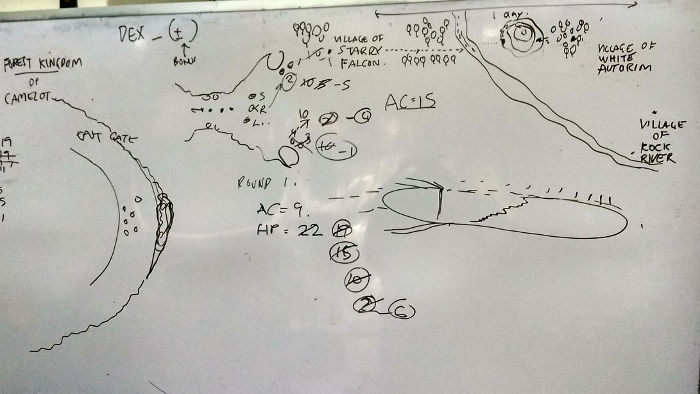 Return to the Starry Falcon

It was dark when Lin arrived at the river where the crocodile had chased after her earlier. She looked around for the reptile but could not spot it. So she waded into the waters. She walked carefully, with her javelin raised.

Suddenly, the head of a somewhat enormous reticulated python rose from under the rushing waters. It gazed into Lin’s eyes. Lin (successfully rolled a Charisma save and) held the snake’s gaze and without any sudden moves, crept away silently and non-threateningly away from it. The snake merely looked at her with an annoyed expression as the paladin crept away safely.

Meanwhile back at the Starry Falcon, Kal-El, Dul, Kaisa, Mordred and Clark awaited the return of their scouts at the village’s East Gate. Kal-El was lamenting the loss of Camelot when the ground shook violently.

The five of them rushed to the thoroughfare beyond the gate with their weapons drawn.

A crack appeared in the ground. It grew large, forming a chasm parallel to the gates of the town. Something hideously corrupt sprang from the chasm. It was a black mass which pulsated, grew and oozed out and onto the ground towards the party. Dozens of eyes appeared from the black mass, blinking at them evilly. Between these eyes, dozens of mouths of various shapes opened and closed. They were rimmed by sharp, milky teeth.

The first to attack was Mordred. The druid cast a spell that conjured a thorny whip to form out of the air and struck at the creature. The magical whip tore out a chunk of flesh from the monster. Black blood oozed out of the gash.

Everyone else attacked even as the creature – part of a gibbering mouther –  began snapping its jaws at them. The dragonborn sorcerer Mid inflicted the most damage upon the monster with her cold breath (thanks to a Critical Success). Because of the party’s battle experience, they managed to force the mouther to disappear underground as it burned.

The battle was over.

They surveyed the chasm and found that it was not opening up in a straight line. It was forming a circle, but had only opened up just under a hundred feet lengthwise. If the circle was complete, it would surround the entire village!

Before the Sun Rises

It was almost morning when Lin arrived with her report. After a brief discussion, they decided that the mouther was a tool to consume villages into the ground. Whatever happened to White Atrium almost happened to Starry Falcon. The six of them geared up and prepared their weapons.

As the sun began to rise, they began their trek back to White Atrium to explore the giant hole that had eaten the village.