We have visitors this week. The language educators from Nakhon Pathom Rajabhat University, Thailand are on a three-day working visit of Universiti Malaysia Perlis. There are a number of activities that the Centre for International Languages scheduled from them.

One of the activities is a tabletop role-playing game session. 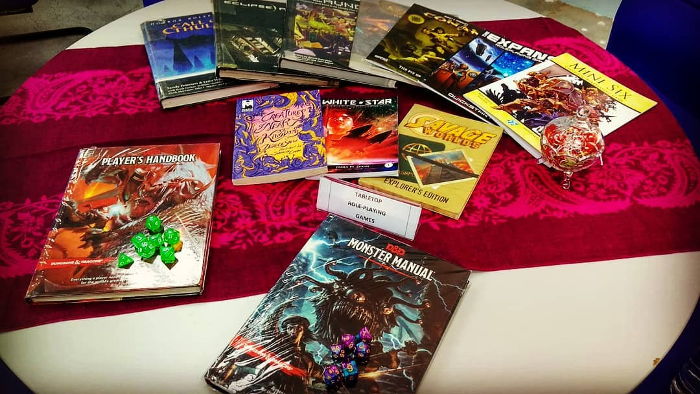 I was given a table to set up books, dice, maps and paper miniatures for a mini-exhibition. Before me, my colleague Yuzy (who plays the teenage spy Jijah in our The Laundry (Malaysia) RPG campaign) ran an ice-breaking session and demonstrated how online learning tools like Quizziz and Kahoot were run in class. 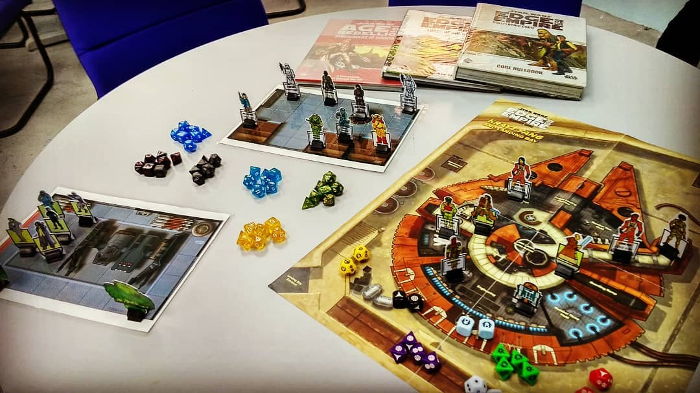 After Yuzy’s activities were done, I began my segment with a short slide presentation. The presentation summarised what a tabletop role-playing game is, what games exist in the market and how it could benefit language learning, especially in an ESL environment. 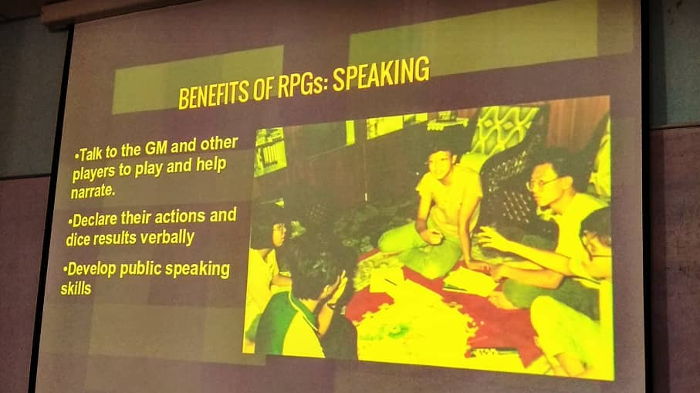 Not to mention how it could improve a learner’s listening, speaking and writing skills. I even described how I got written output from a class.

And soon it was time for a 30-minute demo of the popular tabletop RPG Dungeons and Dragons. However, there was not much of a story that developed from the session because of the limited time we had. 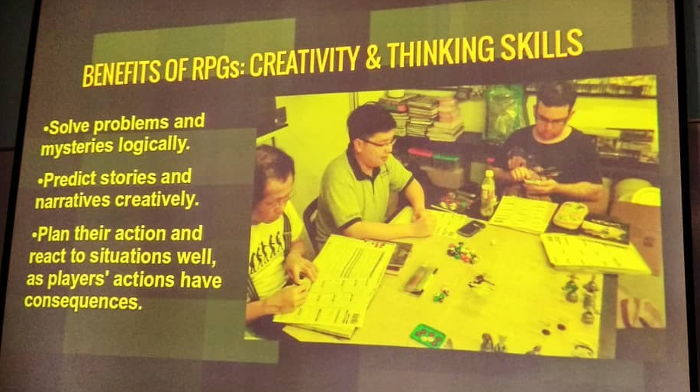 Hey it’s those other guys

A party of adventurers have been hired by the kingdom to travel to the township of Stonehaven where it had been snowing for a year although it was not located in an Arctic region of the world.

These were all Level 2 pre-generated characters downloaded from the Wizards of the Coast website. 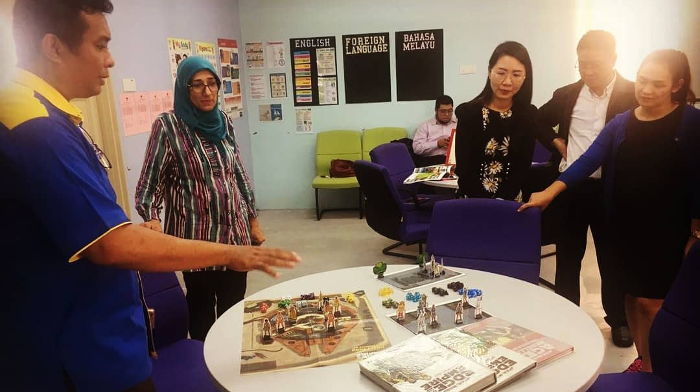 The party was led by the barbarian Haro. Clad in furs and with a massive greatsword strapped to his back, Haro plodded through the falling snow and navigated the snow drifts in their way. They were an hour or so away from Stonehaven when the snow turned to a blizzard. 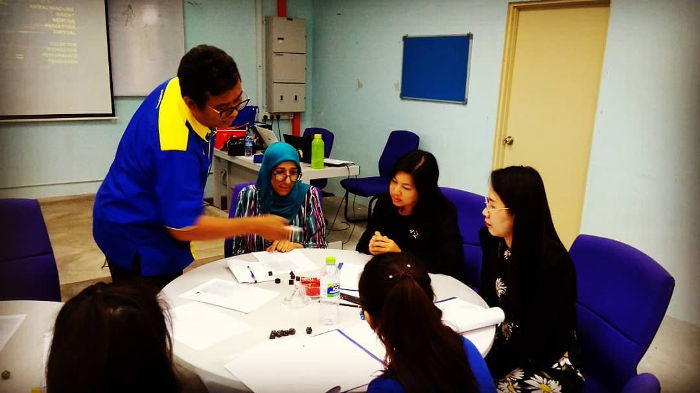 As they pressed on, the drow rogue Dily spotted a series of shapes obscured by the blizzard. The shapes appeared to be shadowing them in the wilderness. They stood back to back and awaited for an attack.

Soon the shapes closed in on them. Haro moved forward and swung his huge melee weapon, but missed. It was a small ice golem. Each golem was the size of a person and made entirely of ice. Its right arm was the form of an long ice blade. Fortunately, Haro was able to twist out of the way of the blade. 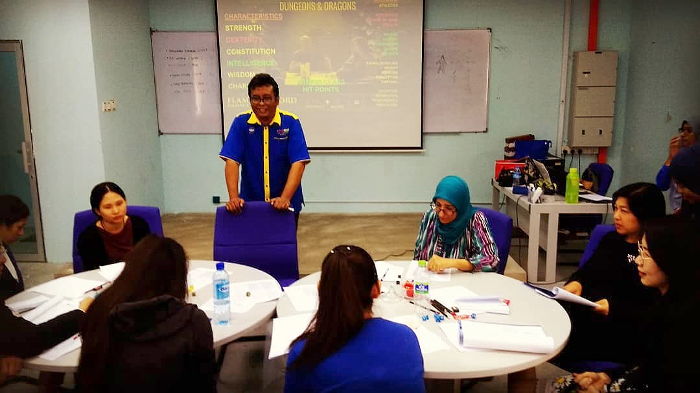 The battle went on for a few minutes. Jackie’s arrows struck an ice golem in the chest, but it still attacked them. The blizzard had the party at a disadvantage compared to the ice creatures. However, Elsa’s destructive breath attacks and Bubu’s fire bolt spells – handy against magical creatures made of ice – were instrumental in eliminating the attacking golems. 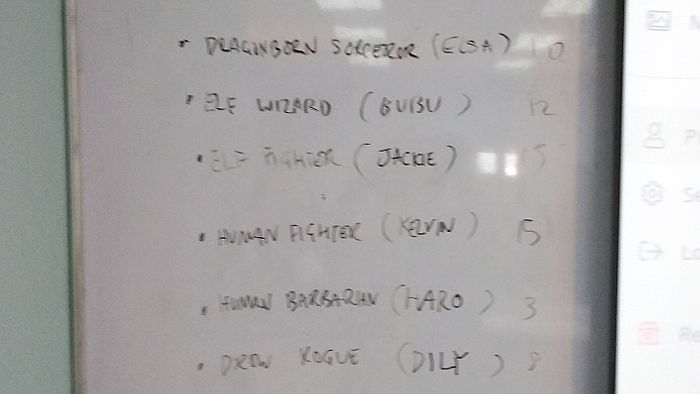 They realised that there should not have been any ice golems here, in the vicinity of Stonehaven. Some evil magic had created the golems and caused the eternal snowstorm there.

After the group tended to their injuries, they proceeded towards the township bent on uncovering the mystery of this eternal winter at Stonehaven…

(The End because the players would be returning to Thailand the next day.)