Well, to be honest it wasn’t that early in the morning. It was about 10AM. And it wasn’t a raid as it was us moving slowly through the computer exhibition picking out stuff to buy after we, for the first time ever, have the budget to buy computer-related thingamajigs at one of these PC Fairs.

There were no tablet PCs sold as far as I can see. 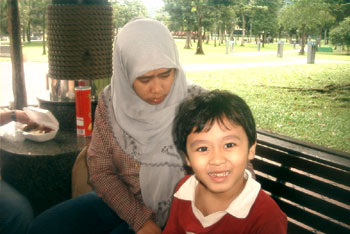 Back at the playground again

Before the PC Fair opened we had a picnic at the KLCC park with the takeaway nasi lemak which we bought at the LRT Corner outdoors restaurant near the Tenth Floor Headquarters. Irfan had little to eat – just some curry puffys and teh ais. He didn’t seem to mind hunger when the super duper playground was within striking (and spitting) distance. 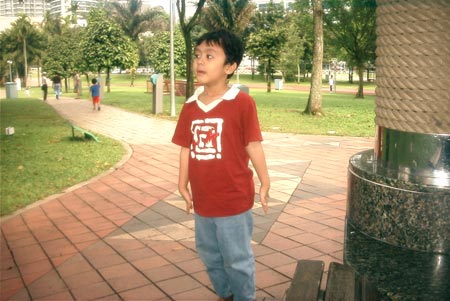 What’s that I see over there

And here’s Irfan’s favourite playground in the world, as well as a few other worlds. He calls slides the “Wheeee!” for obvious reasons. 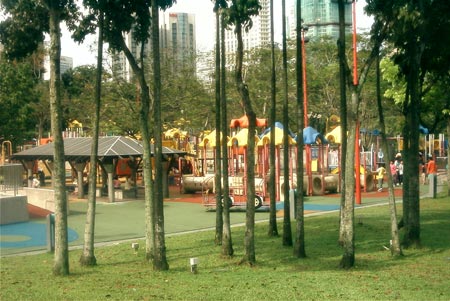 For about 45 minutes we just let him loose at the playground which was at the time heavily infested by kids of all shapes, size, colour and clone-batch number. 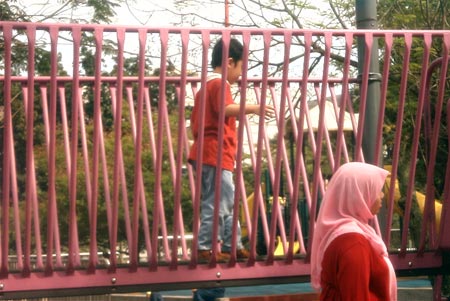 Ain got in on the action too. Irfan was drenched with sweat, so before we left the playground Ain had to change Irfan into a fresh pair of clothes. 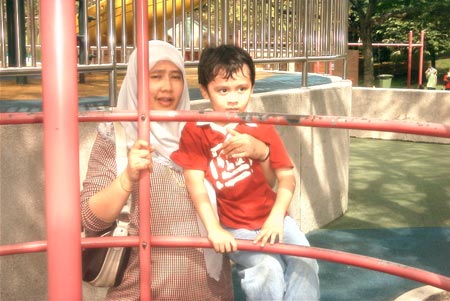 Here’s the Convention Centre from right beside the Traders Hotel entrance. Unfortunately for me the entrance to the PC Fair is on the far side of the building. I got a weird vibe from the people inside as I tried to open the locked doors along the glass walls on the very long ground floor hallway all the way to the main entrance. 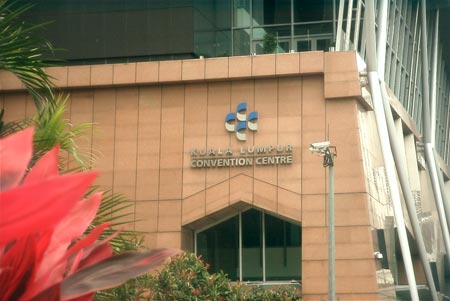 From the side of the Traders Hotel

Finally, we’ve infiltrated the place. Although he doesn’t look it, Irfan is dead tired and we had quite an exhausting time carrying him around. There were people in the corridors giving out Ubuntu stickers telling us “Open Source for President” or “Free Open Source from Guantanamo” or something to the effect. In hindsight, I should have told them a sudo make me a sandwich joke to see if they get it. 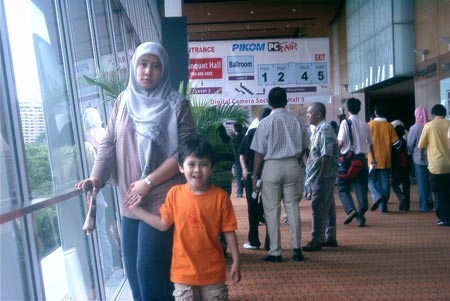 I proceeded to shop for the three things on my list: a laser printer (no more heading for the internet cafe on a Sunday to print out school assignments), a 80GB internal hard disk drive (A breath of fresh air after having to reuse the same old 20GB for 5 years plus change) and a USB 2.0 card with four built-in ports(no more low speed connectivity warnings with the two USB 1.1 ports we have) for the computerlator at home. 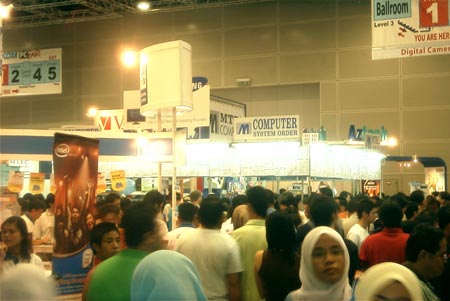 The madhouse that is the PC Fair

Upon being unable to purchase a printer, I proceeded to buy a small trolley… which had a free light amplification by stimulated emission of radiation printer attached to it. Yeah right. 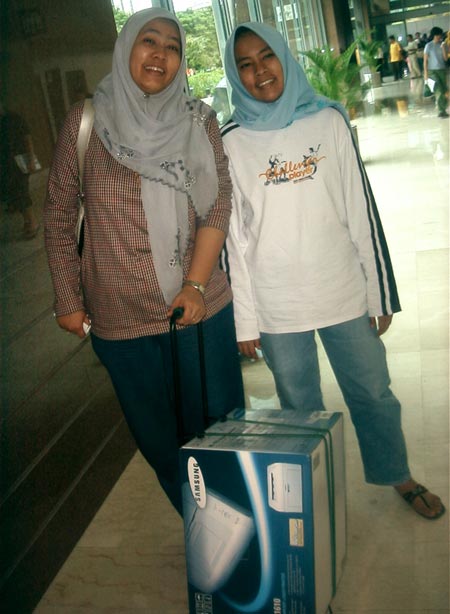 Modelling with the new printer

After all is said and done, we went for lunch at Burger King with Irfan’s Uncle Sree with whom he took a shine to instantly. (I also met Uncle Ray with his girlfriend in the exhibition but forgot to snap a picture of them in the confusion.) 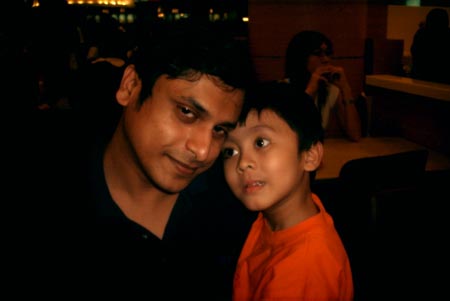 Later at home, everyone was knocked out cold by 3pm except Irfan who spent the entire afternoon watching the 7th season Simpsons episodes on DVD. He appears to be very fond of the episode “Mother Simpson” for some reason.