Our first weekend of the year was an eventful one.

Irfan registered at his new secondary school, which was not far from the house. He would be able to ride a bicycle to it, once we buy one for him. 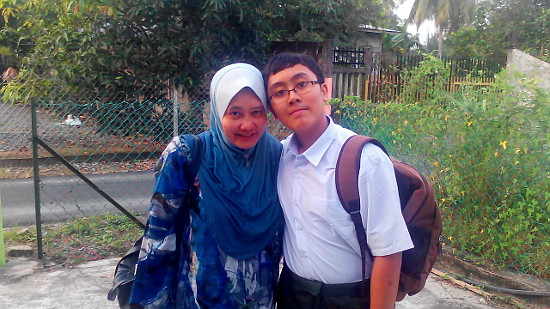 They the same height?

He might be the tallest one in his class, but I might yet be surprised. He was not the only tall one in his class last year, and neither was I at his age, despite both our above average heights at our respective ages. Here, Irfan and his Ummi pose for a photo before we all drive out to school. 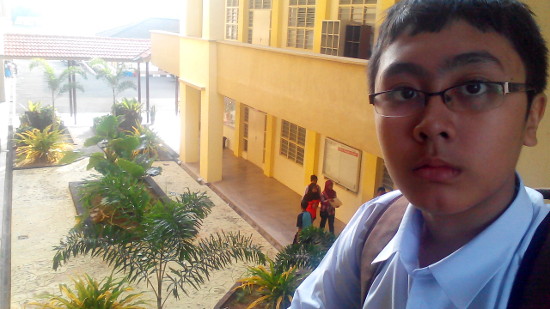 The is quite nice. It looks very well kept. We shall soon discover how he would fare in this school. After the registration, we all went upstairs to get exercise books, badges, ties, school t-shirts and other such items. 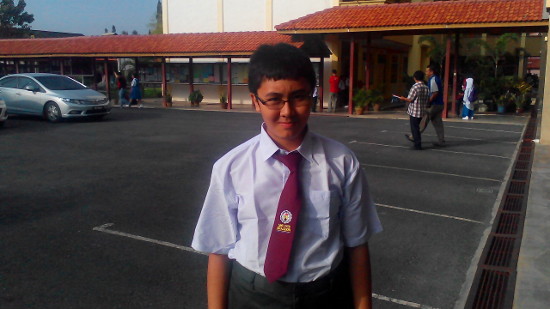 After trying out the tie for the first time which I tied for him initially, Irfan spent the next few nights practising with his own and my work ties until he remembered how to do it himself with no help. 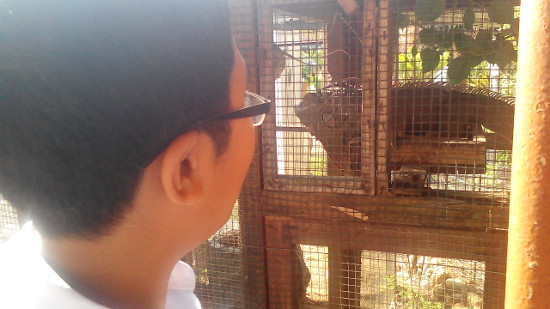 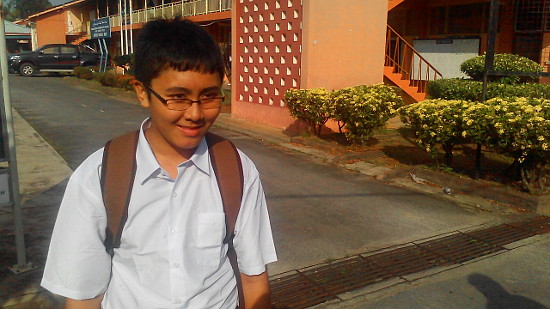 There goes the necktie

But soon registration day was over – to the relief of the boy who had to pose for photographs for his parents in the hot sun – and it was still Saturday morning. What else to do for the day? 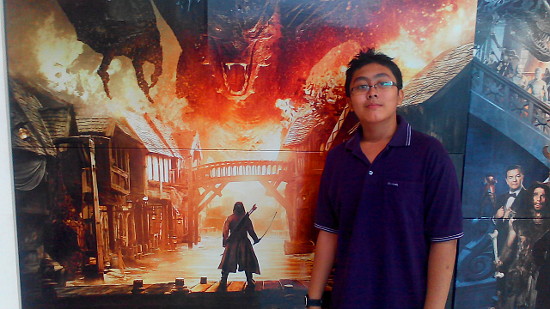 One of those MERP film adaptations

We headed for the nearest place with a cinema to watch this movie about an urulóki, but it was not about Glaurung nor Ancalagon the Black. The urulóki left the movie quite early on though, then it was time for battle. There were goats. 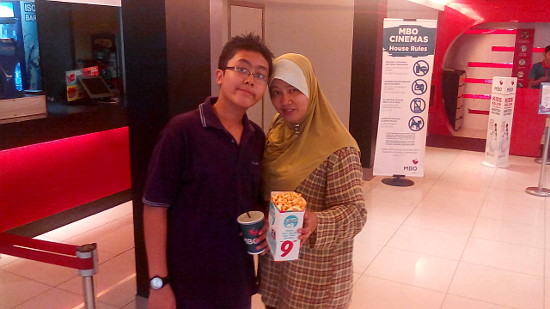 We could not possibly watch battle goats without popcorn. 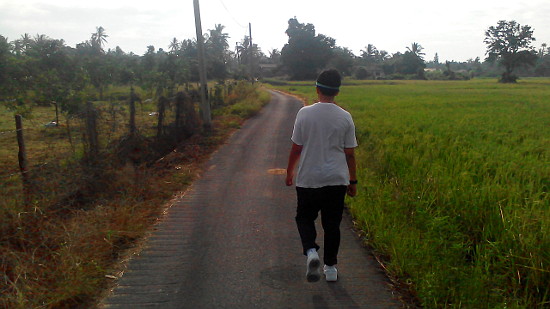 Sunday began with a morning walk deeper into the kampung roads near the house. We walked by the large bendang, then turned back out, strolling by kampung houses and returning to the main road near a nearby masjid. Then we headed home. 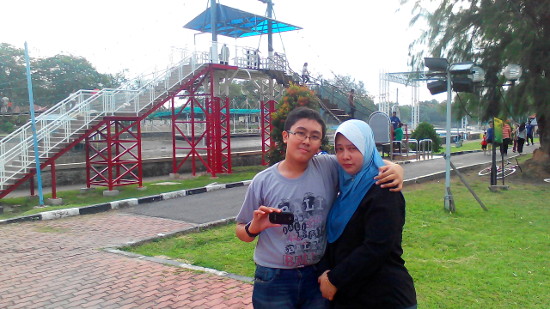 Later in the day, we headed into town to visit the River Esplanade.There was a hanging rope bridge that spanned the river, which had recently risen to a distressing level during the flood season the previous week. 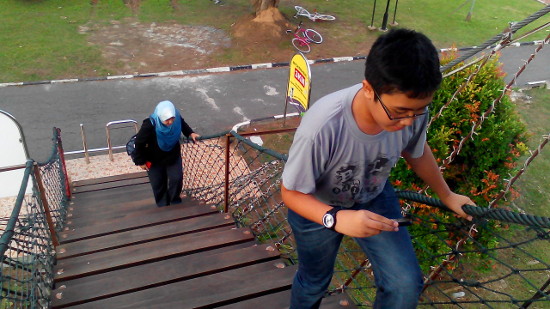 Heading up the tower

Even the ladder up to the bridge was made of rope and planks, and it swayed as we climbed it. 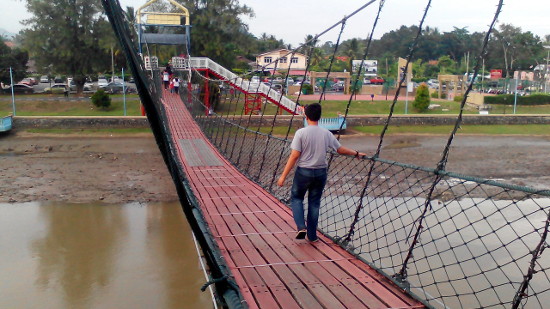 Irfan was unperturbed by the shimmying and the swaying. 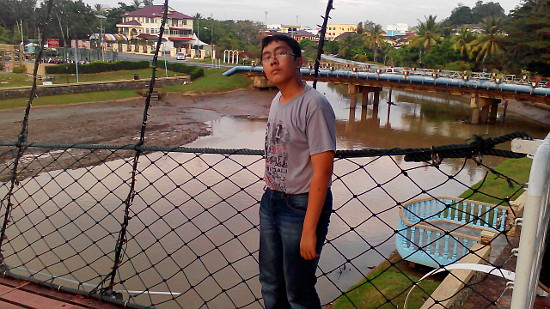 The water was low now

In fact, he wants to bring his fishing rod here the next time we visit. 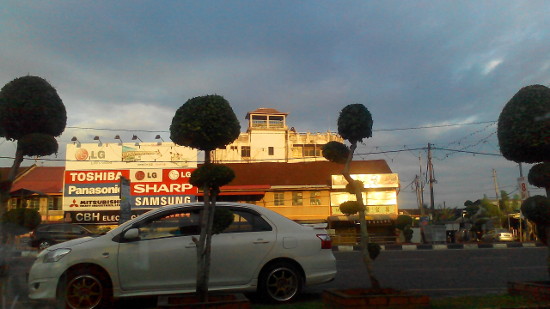 End of the weekend

Usually when we were back at the Tenth Floor, it felt like weekends ended much too early. Here, the weekend ended just at the right time. I hope weekends remain to do so for as long as our stay here.