The country was struck by extraordinary flooding last month and many states were affected. There was even flooding a few kilometres from our new place here in Perlis. But nowhere is harder hit than in Kelantan.

Here’s the house back in Lubuk Tapah in Kelantan, although thankfully Irfan’s Tok Bah and Tok Ma were with us when this occurred. Although we were thankful that they did not have to endure lack of electricity and clean water during the disaster, they still desired to return to check on the house, but were unable to because of flooded and severely damaged interstate roads. 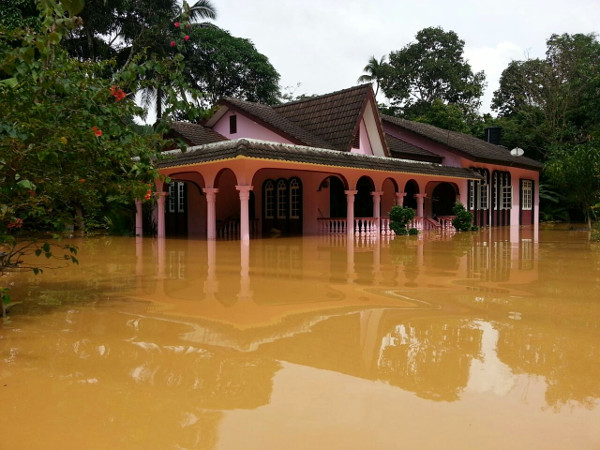 The waters have since receded and they have returned home, departing from Kuala Lumpur. Cleaning operation of the mud deposits is still underway. We are grateful that the flooding in Lubuk Tapah is not as severe as the ones further inland where dozens of houses were completely submerged by muddy waters and in some cases carried off by the strong currents leaving residents with nothing but the clothes on their backs.

Here’s hoping for a speedy clean up and restoration for life to return to normal.