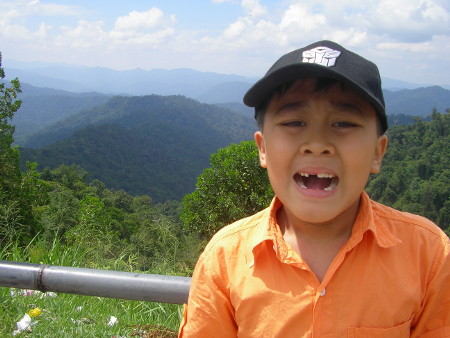 En route between Sitiawan, Perak and Pasir Mas, Kelantan we had to drive across the Titiwangsa mountain range. It was about one hundred kilometres between the towns of Gerik and Jeli, both major population centres that flanked the range where the federal road crosses over. There was a rest stop along the way where we bought lunch, though we did not eat there.

Irfan, by the way, had just woke up from a long nap in the car. 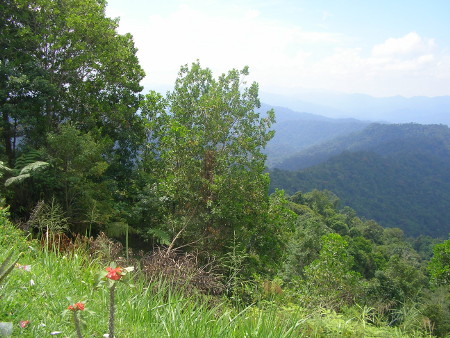 View from the Titiwangsa rest stop 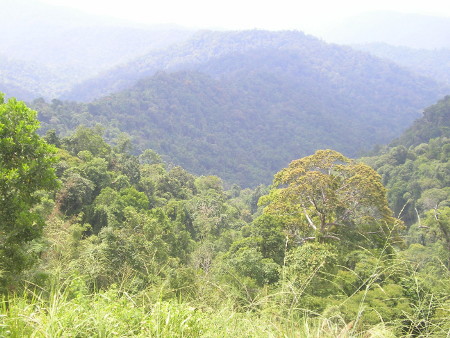 Flying elephants swoop into the valley! Not really 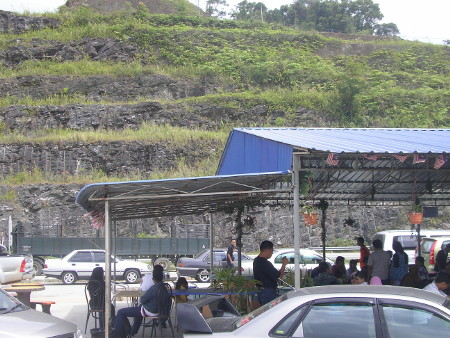 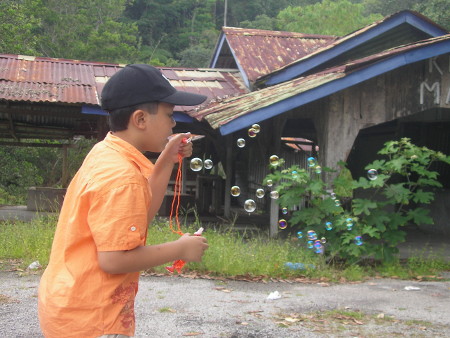