We balik kampung to Sitiawan the other week and everyone – Irfan, Ain and I – lost one tooth each while there.

Irfan extracted his own tooth even before we arrived at Atok & Opah’s house. He proudly showed his freshly drawn molars. He’s been doing it a lot with his baby teeth lately. 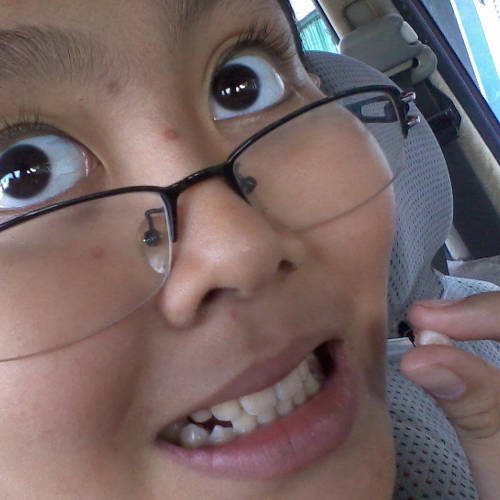 He’s very happy he removed his own teeth

Then, we thought we’d visit the government dentist for a check-up, because it’d be less expensive than going to a private clinic in Kuala Lumpur. Ain had a wonky tooth and she had that extracted.

Come my turn and the dentist discovered a dead tooth. It was a different colour from other teeth and the top part was brittle. Ain had complained for a long time that my mouth had a strange smell – a rotten smell. A silvery, glistening needle was produced and I swallowed my fear, and allowed the cold metal to plunge into my gums twice. After it felt numb, the dentist tried to extract it – and the entire enamel disintegrated, leaving the root still buried in my gum. So, the dentist had to dig deep to pull it out.

It took two days because the 8 local anaesthetic needle jabs I was given was fading and she didn’t want to put more drugs in my gums. The extra day caused me to stay another day in Sitiawan. Ain had to call in a vacation day.

On the second day, she x-rayed the tooth and discovered that it had fused to the bone. She had to drill to break the contact between the tooth and bone. I lost count of the number of times the dentist’s needle jabbed into my gums. After a session of drilling within a shattered tooth, tugging and pulling it finally popped out.

With low control of my lower lip (and probably drooling) I told the dentist, “You know what’s funny, doc? I am deathly afraid of needles.” She laughed. 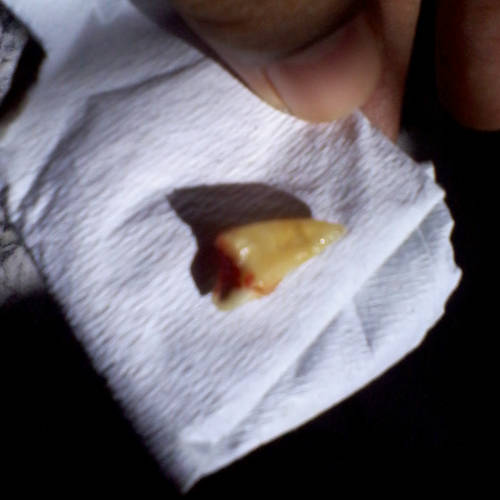 I was told that the tooth’s root was also curved much more than normal – as seen in the photo – which, apart from my toes, proves that I am a mutant of some sort. 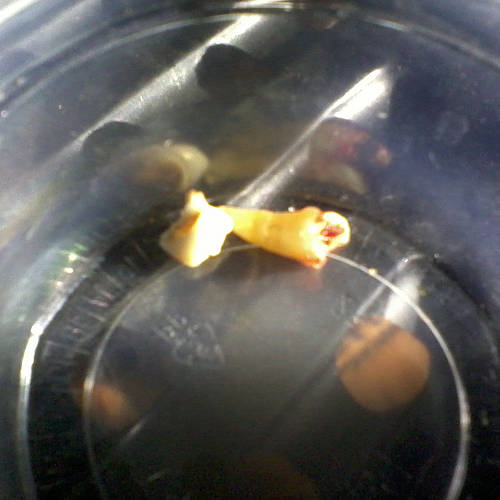 It’s a real extracted-toothfest in here

I suppose it’s been worth the effort to remove the tooth as Ain has remarked that the dead smell is finally gone.