The inaugural Malaysian Games and Comic Convention 2012 (MGCCon 2012) took place on the 19th and 20th of May at Kolej Damansara Utara.

I visited the event on Sunday the 20th. Here’s hoping someday I’ll be able to take part as a participant, perhaps with a table at Artist’s Alley sketching stuff and selling swag. Compared to the conventions I’m used to, this would certainly be a more relaxing and fun one.

The atmosphere was quite energetic. There were comic book stores selling their wares, cosplayers walking all over the place (including one very impressive, dark armoured Republic Commando), artists sketching at their tables and PeKOMIK, the Malaysian comic artist association, would be having their award ceremony later that day. In other rooms, different workshops about cosplay photography (by photographer Jay Tablante), movie VFX (by Rhythm & Hues Malaysia), videogame talks (by Ubisoft Singapore) were being conducted. I managed to get into the “Style and Market Demand for Comics” talk, where one of the guest speakers was Datuk Lat.

Here are some of the photos I took of the event: 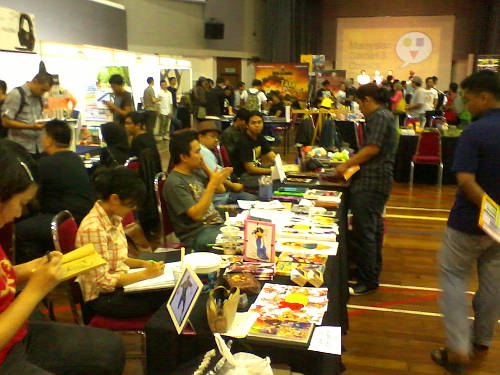 Artists’ Alley! In the middle of everything is Remy “Eisu” Mokhtar, creator of the No Pink Ponies webcomic. 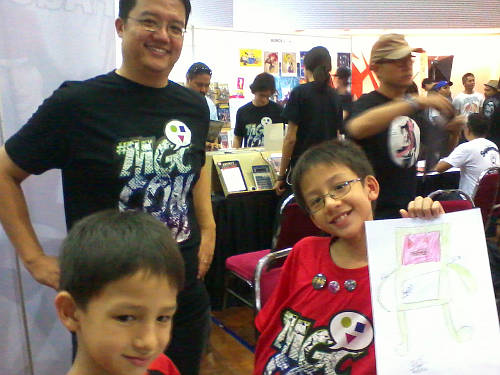 The young illustrators of Confused Monkey Studios show off the artwork I commissioned from them at their table as their dad Sheldon Goh look on. 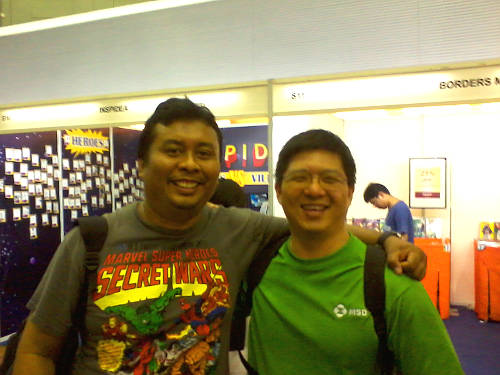 Anywhere there is a concentration of comic books, it is likely that you’d find other Sitiawanians there for some reason. I haven’t seen Khoo Khay Sern since the late 80s, but here we are bumping accidentally into each other at a comic convention. 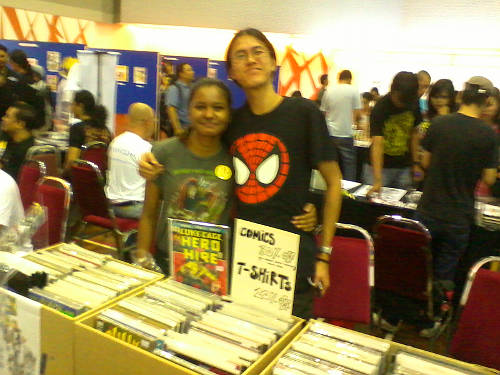 Finally, the hardworking folks of Earth 638 can be found selling their wares and networking at the main hall, right beside the table where the special guests were sketching for the public. The special guests included Billy Tan, Leinil Francis Yu and Carlo Pagulayan!

An hour or so before closing time, the MPH booth announced that selected titles they had were being sold at a 50% discount. I picked up Marvel’s Agents of Atlas trade paperback Turf Wars.It was only when I was en route home when I realized that the book had a cover by Leinil and some interiors by Carlo, but I didn’t even think to ask them for autographs on the book. Oh well, maybe next time. 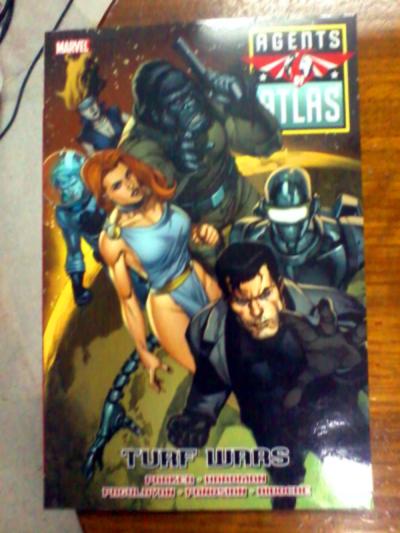 Meanwhile enjoy other photos from our foray to MGCCon 2012: 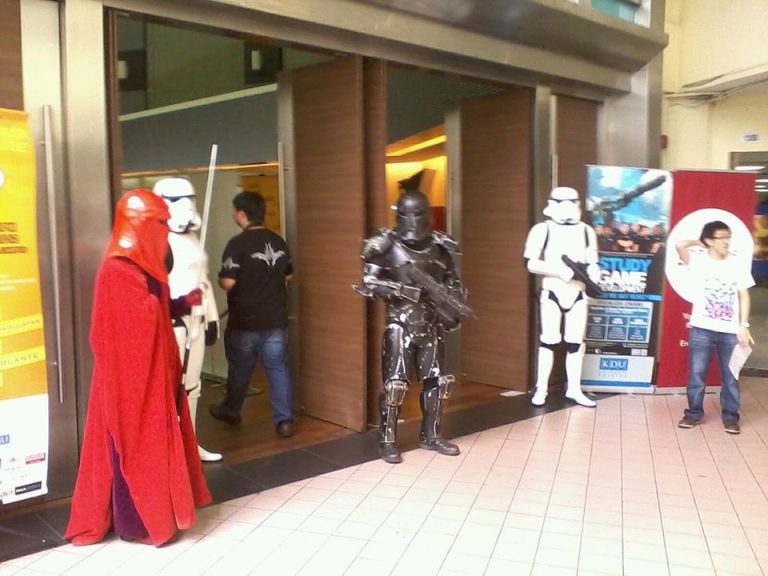 Entrance to MGCCon 2012Imperial troops have set up a blockade 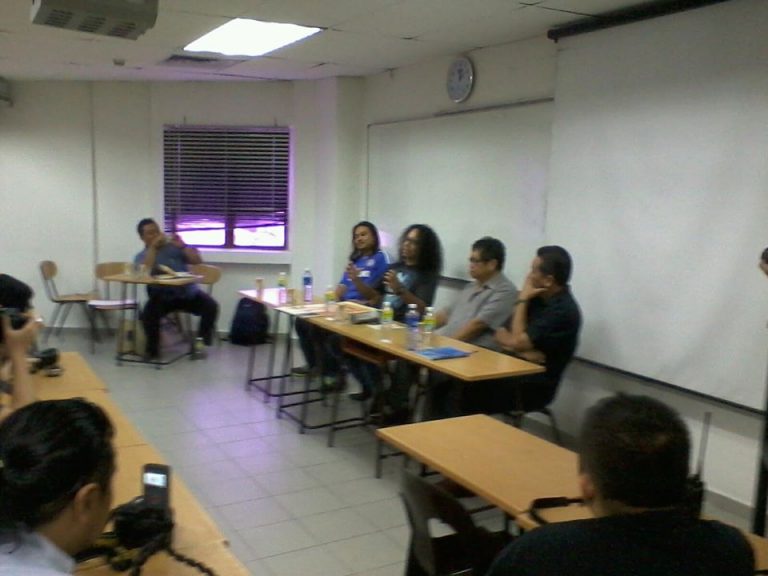 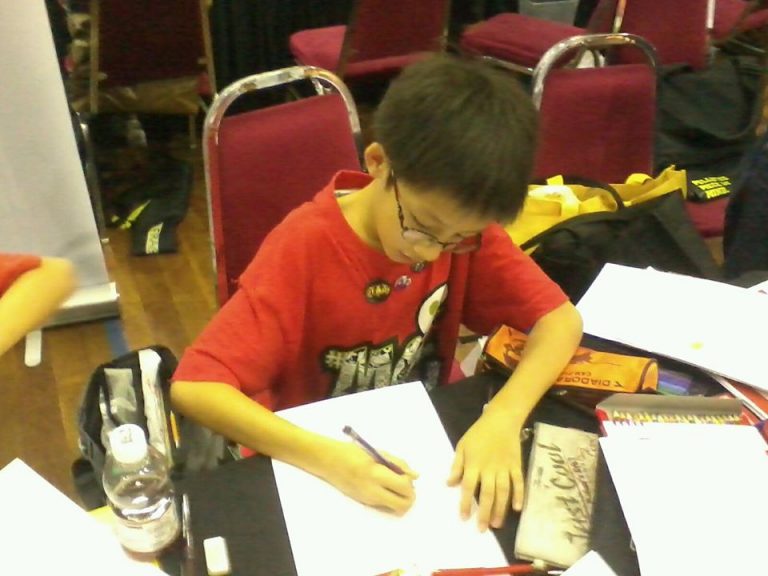 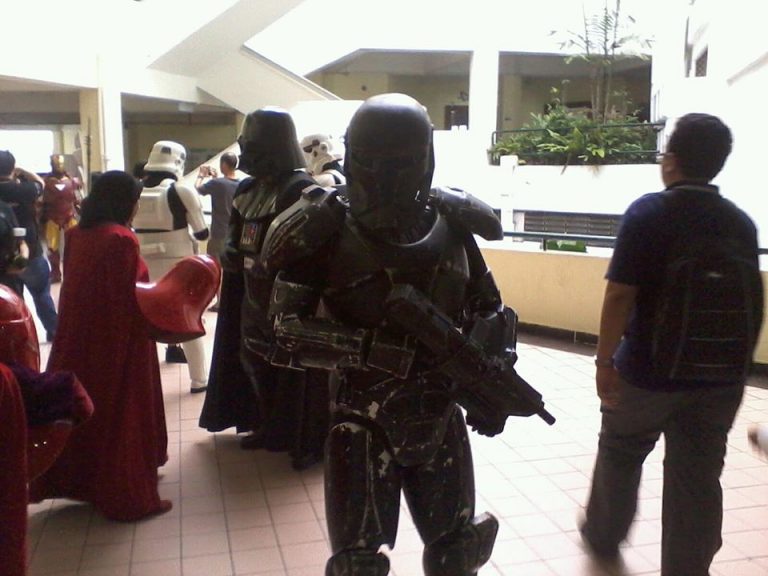 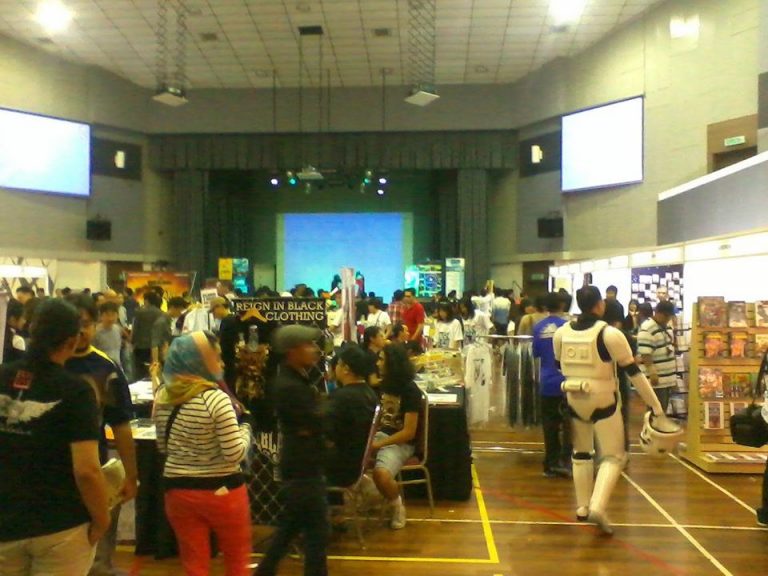 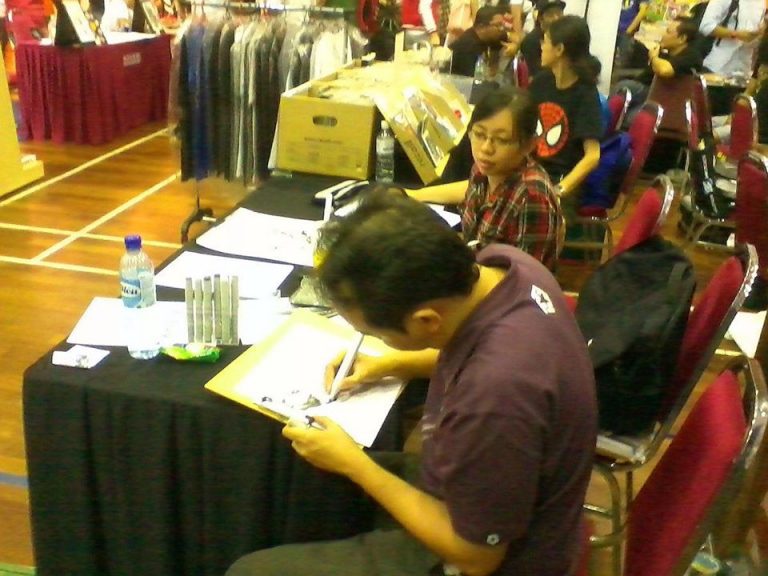 Carlo PagulayanSketching at his table 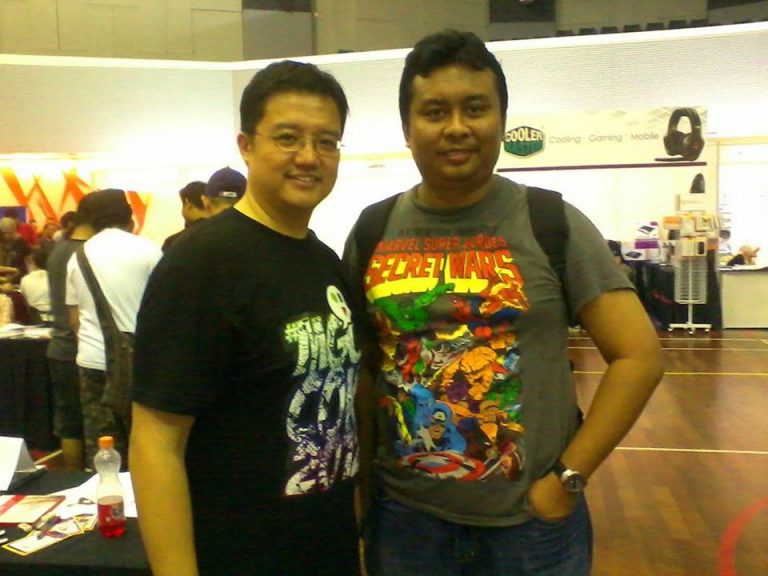 Sheldon and IGet back to work, comic artist! 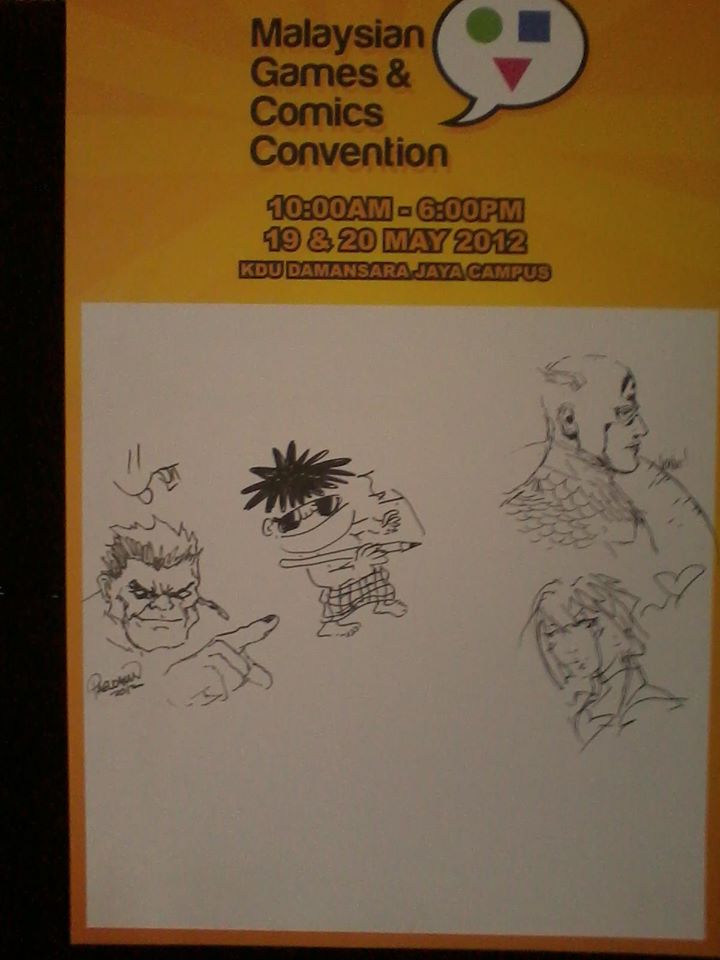 The special guests’ sketchboard at the entranceWith an original Lat sketch
Posted in Comics, Friends and tagged Comics, Earth 638, MGCCon.