The best thing ever that could happen is the discovery that this hotel I’ve staying at has a free wi-fi connection. This discovery is nothing less than imbuing me with the ability to post a couple of photos which I took earlier today, from Kuala Kedah to Kuah.

We had to leave the car with a shipping company that conveyed our mode of conveyance to Langkawi by ship. Unlike the ferry to Penang, we had to travel separately upon a passenger ferry.

The ferry played Resident Evil Apocalypse en route. I fell asleep soon after the movie began. I woke up 20 minutes before it ended. When the end credits played. the ferry was about to begin docking operations at the Kuah Jetty.

Here was the muddy banks of Kuala Kedah at low tide. As the water began to rise, mudskippers and crabs plied their trade under the pier. 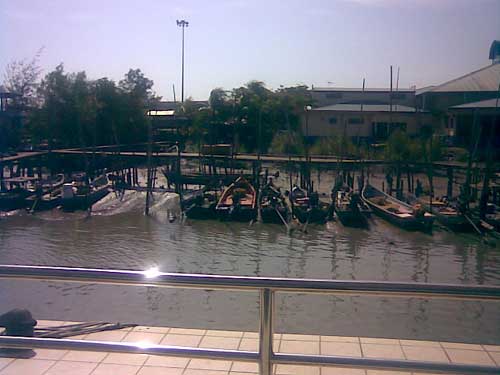 Here was the boat that I did not board to get to Kuah, Langkawi. That vessel would dock not long after this photo was taken. 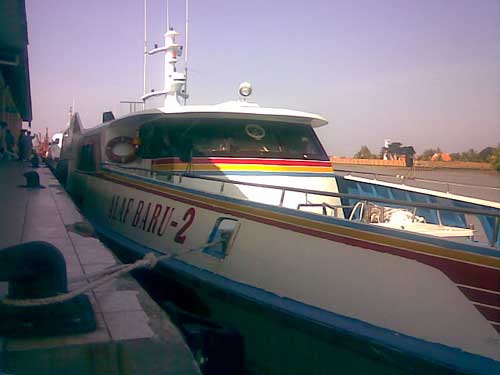 A docked ship! Dock that ship!

Then to make way for our ship, the ship pictured above (which has a name translated as New Millennium 2) began to leave the pier. 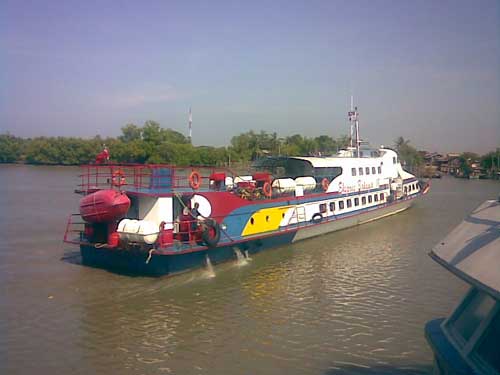 As we collected our car from the cargo docks, I saw a barge (which is just a collection of planks set upon hard plastic barrels) bearing construction materials being pulled by small tugboat. 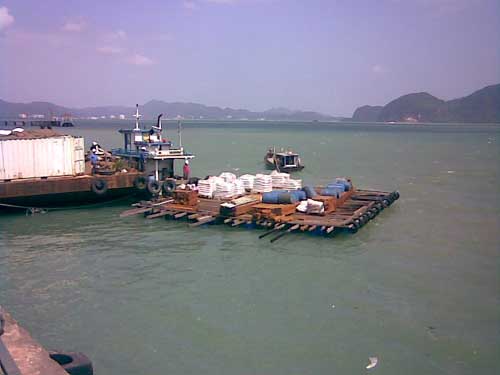 The sea was choppy

Gwaihir the Windlord is this. Thorondor his ancestor would be a dozen times larger. 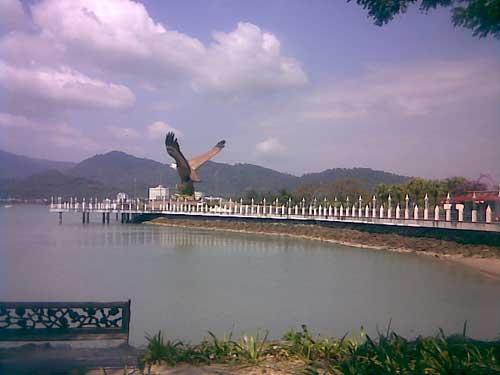