He was awakened an hour earlier than usual and was thrust under a shower much to his displeasure. But after a warm bottle of milk, he was all psyched up at the notion of going to school and meeting new friends. Among the shadows in the back, Irfan’s dad was hoping he’d learn about how to handle the darker side of humanity, such as jealousy, vengeance, rage and other disagreeable traits stemming from fear and the inability to deal with one’s emotions. And certainly a bunch of 4-6 year olds will teach him how to deal with those.

But getting back to getting ready for school, Irfan really loved his socks and shoes. He couldn’t wait to get into them and fly out the door. 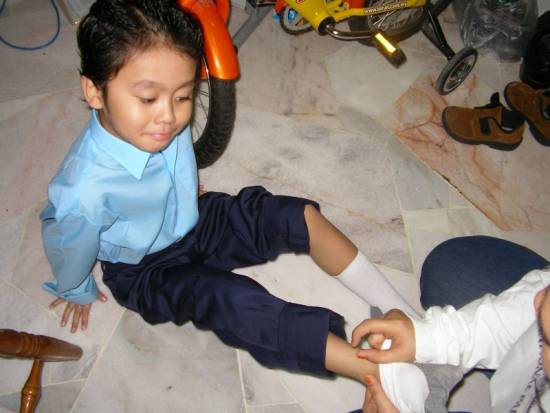 Here is Irfan showing off his new uniform and his Spider-Man backpack which I bought for him when I was in Stuttgart. 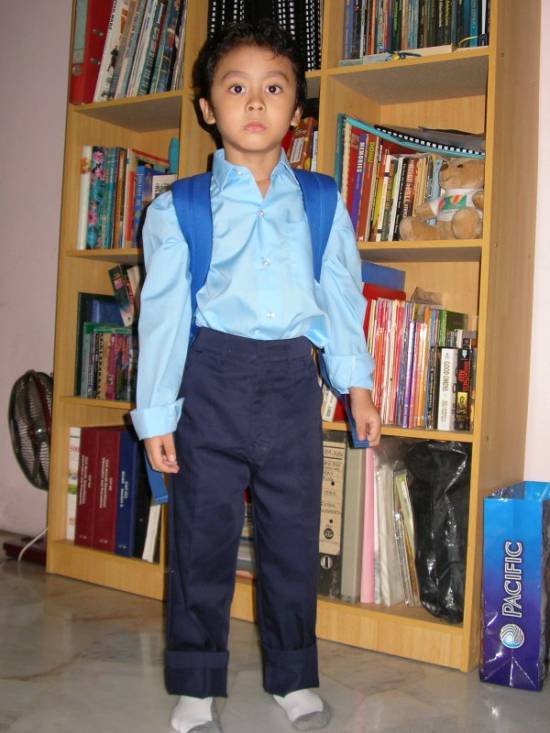 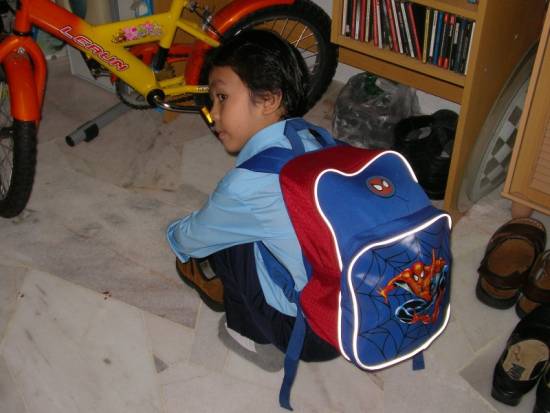 At the kindergarten’s yard, we had to tell him to stand still for a second so we could take this photograph. A nanosecond later he was inside the school. 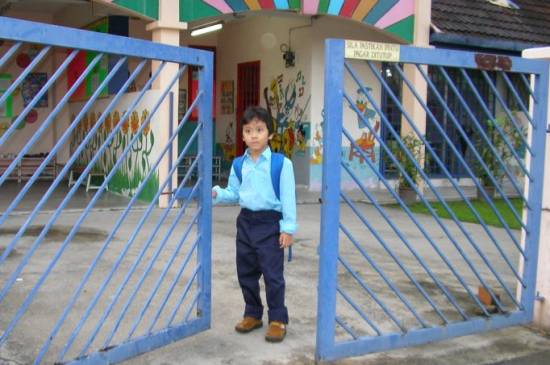 We waved goodbye at him as we left and hoped he’d want to leave when we come to pick him up at 5.00 this afternoon. 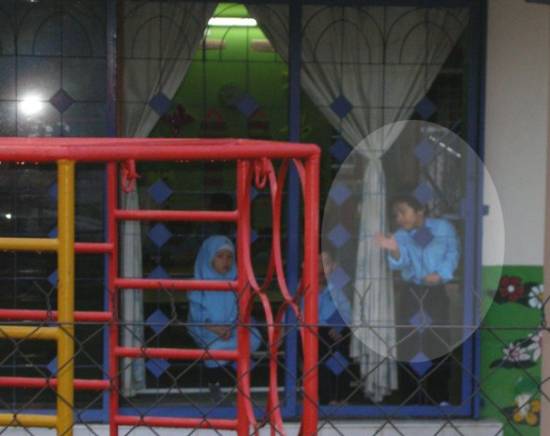