After I vowed to install Linux into this here home computer some time last October, this machine is now 100% Linux. The 100% part was because my old two hundred year old Windows installer CD had reached the end of its days and I needed an operating system quick. Why didn’t I retain the old Windows XP already installed in the computer and go dual boot? I broke it fiddling with dual boot, thank you very much.

The Linux distro installed is Ubuntu 6.06 Dapper Drake. Although its original desktop environment was GNOME, I’ve installed K Desktop Environment (KDE) over it, effectively turning it into Kubuntu.

So cutting through all the techinical details for now, here’s what the desktop and its associated applications looks like.

Take a look at the desktop. After years of using Windows, this took some time to get used to. The wallpaper is homebrewed with GIMP, using one of Tok Irfan’s high resolution close up photo of Irfan using this very same computer. 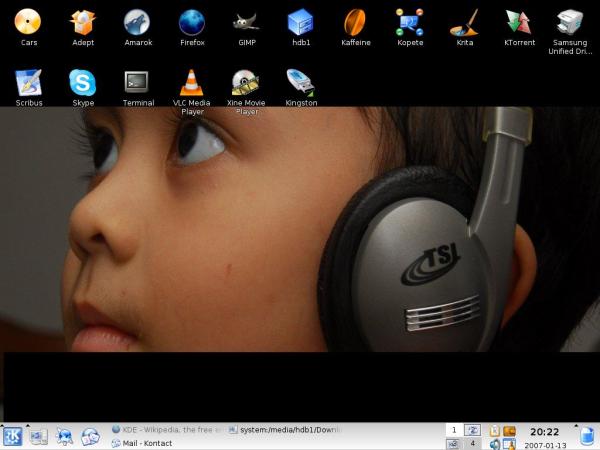 Irfan on the new desktop

As with Windows, I still prefer to surf the internet with Firefox. The Dapper default version is still 1.5. The newest version of Ubuntu dubbed Edgy Eft, I’m told, is geared for 2.0. KDE’s preferred browser is Konqueror, but I guess old habits die hard. 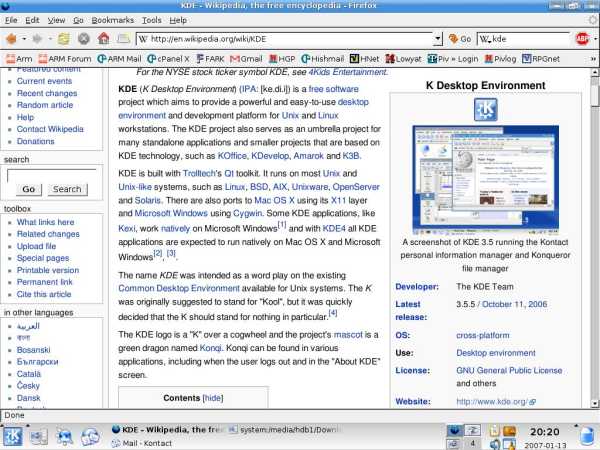 No more Windows Media Player or BSPlayer on Linux. I am forced to use Kaffeine which comes with KDE. Thanks to external codecs I am now able to view DivX and Quicktime movies now, such as this superlative stop motion music video of the song Flowers, sung by Emilie Simon. 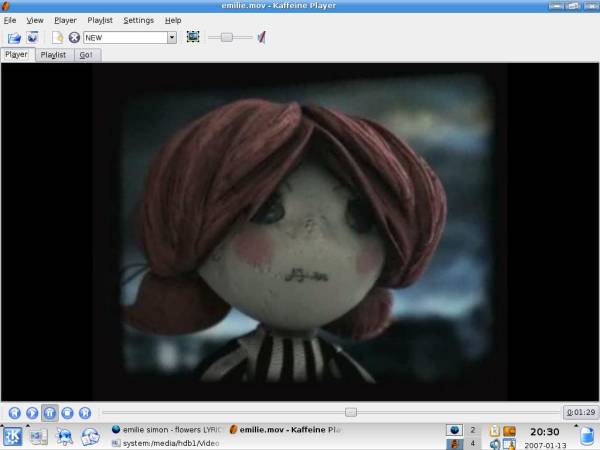 Apart from being a web browser, Konqueror is also a file browser like Windows Explorer is with Internet Explorer. Here’s a view of the folder in the new 80GB internal hard disk drive which houses my stash of Craig Mullins artwork. 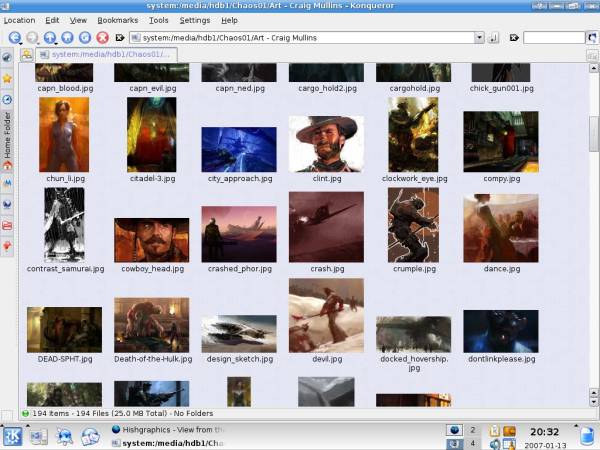 KDE also gives me Krita, a digital painting application. The good news is the Wacom graphics tablet can work with Ubuntu, plug and play. The bad news is I probably require extra drivers for the pressure sensitivity function. The following image is the first illustration I whipped up with Krita. 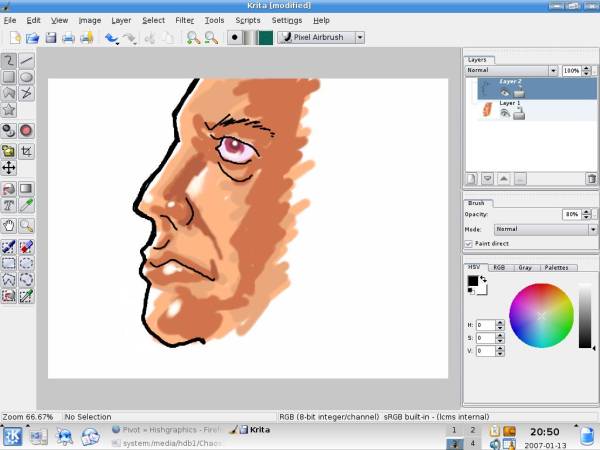 For tunes, Amarok now handles most of the duties. The native audio format for Ubuntu is Ogg Vorbis. However by updating some codecs, I can now play MP3 files which weren’t playable when I first installed the OS. 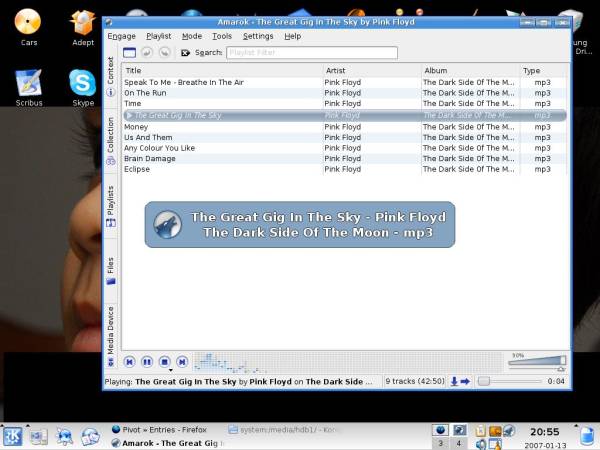 I was born the same time as this album

Another milestone for this weblog is the optimisation of images for screen resolution. For the first time ever, I’ve allowed an image size that’d screw up the entry page formatting of anyone on 800×600 pixels, but will fit better for 1024×768. (Sila’s done in more than a couple of times, though.)

The reason I’ve installed Ubuntu is not because of it’s better than Windows but because I thought I’d try out a new playground. All the slides, monkey bars, swings and see-saws are here, but they’re manufactured differently, assembled in a totally foreign configuration and painted to look alien. And I guess the exploration of the new playground is more than half the fun.

(Not to mention I need to spend three hundred ringgit or so to purchase a new Windows installer. But let’s not get into that.)