Once again, the arbitrary day based on an arbitrary timing system returns after a long cycle known as a year. Because we appear to honour the system, it was time just like last year to celebrate Irfan’s birthday. He turned 16 today. Atok and Opah visited from Perak to celebrate their grandson’s birthday with him.

Irfan’s birthday cake was an ice cream cake with lychees, peaches and cherries on top. 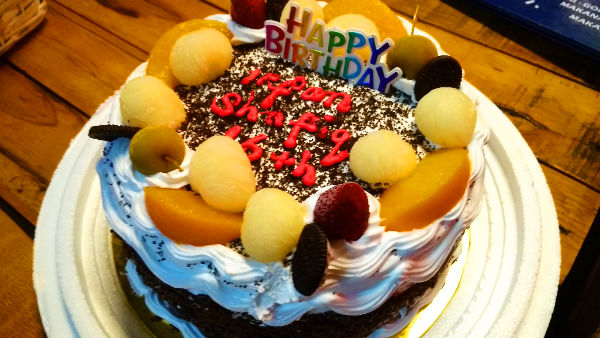 The thing about the cake during his birthday was that Irfan also shared it with other patrons of our eatery. He would have shared it with the local cat if cats ate cake. 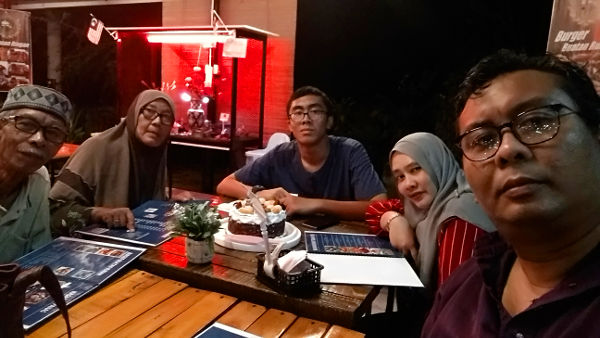 The table but no GM screen

We went to a restaurant whose name could be translated as “The Cafe Beside Our House”. 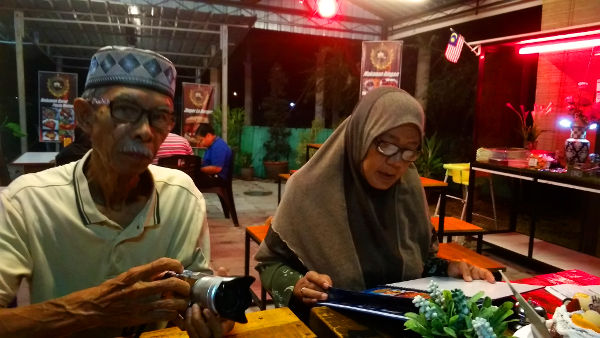 This was our second time at this restaurant. Earlier, we tried going to the pizza parlour that we celebrated Irfan’s 14th birthday at, but it appeared to be closed or undergoing renovations. 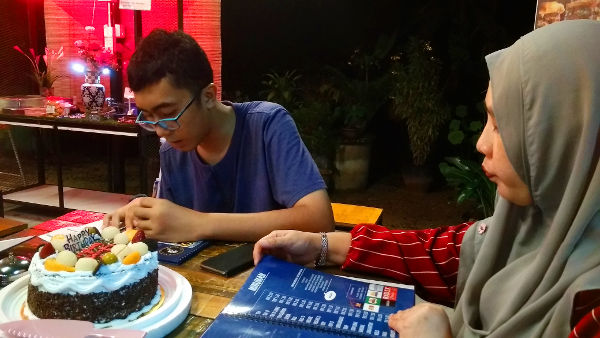 Irfan jotted down everyone’s orders and then hit the bell to submit the order slips. 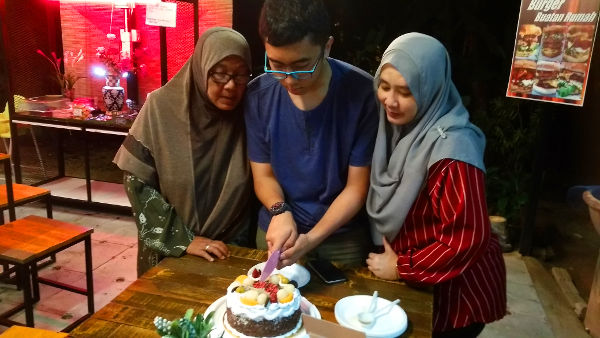 While waiting for our orders to arrive, Irfan cut his cake. Soon after our food and drinks arrived. They were delicious and Atok was surprised at how cheap they were, compared to dining back in Sitiawan. 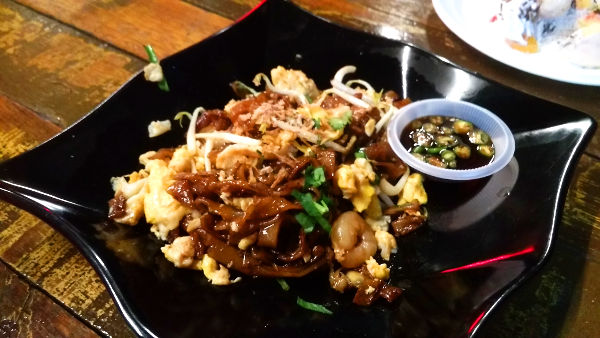 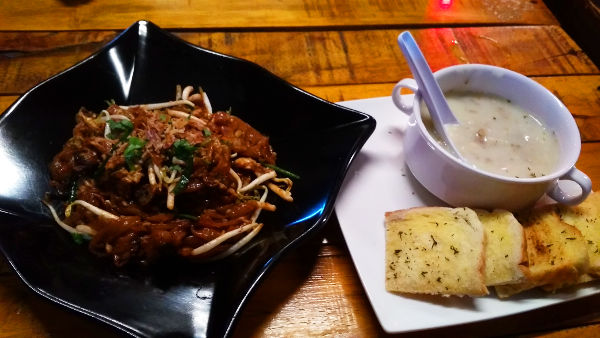 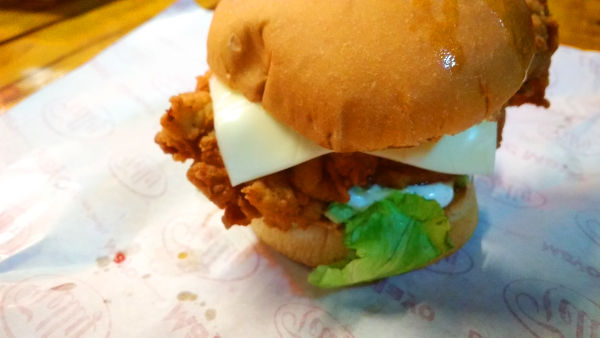 I got a hamburger 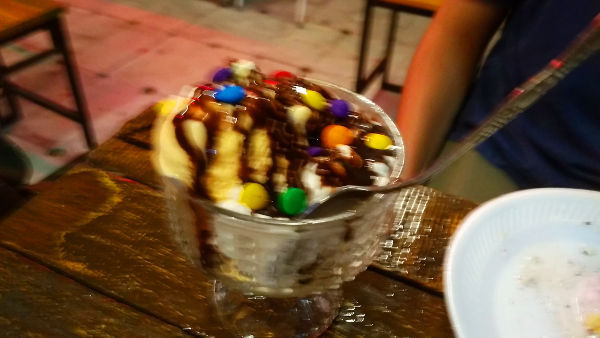 In the end, because her ayam panggang was a tad late, Opah changed her order to go.

Finally Irfan also received a complementary ice cream from the establishment because of his birthday. He was pleasantly surprised by the gift.