One fine day, Irfan Shafiq went a-walking about the hallways of the mall known as One Utama.

Movie Carnival 2007 weekend was just around the corner. So there were plenty of well-known characters loitering about the concourse of the new wing of the mall. One of the most remarkable things there would be this here thing in the following photo. A Transformers movie Optimus Prime! It’s not on sale yet for another two more days. Apparently the guy bought it off eBay. 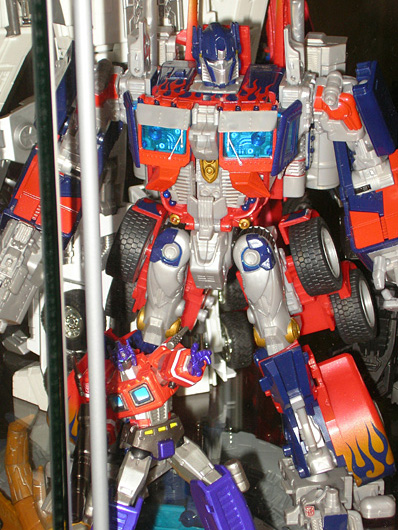 Looks as good as an Alternator

Not too far away, Irfan got his photo taken with some famous Cybertronians in their latest guises, Optimus Prime and Megatron… 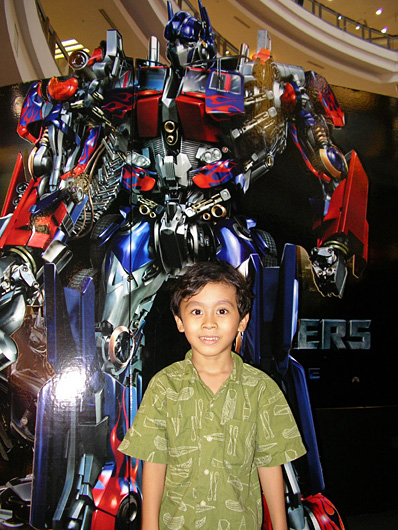 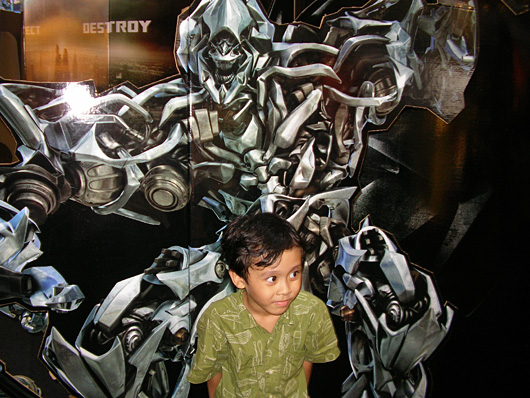 Evangelion Megatron on the other hand has other ideas

….as well as the gang from Far, Far Away Land… 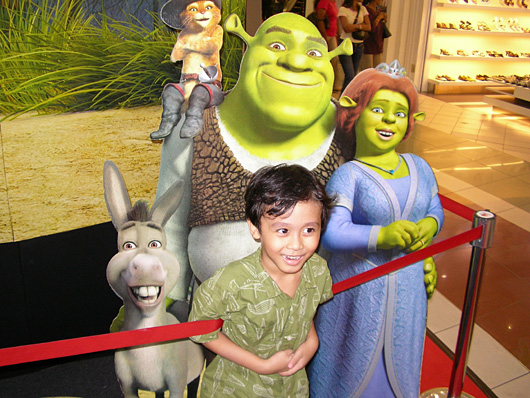 Well those guys are back

… and the family from the Evergreen Terrace in Springfield, USA. 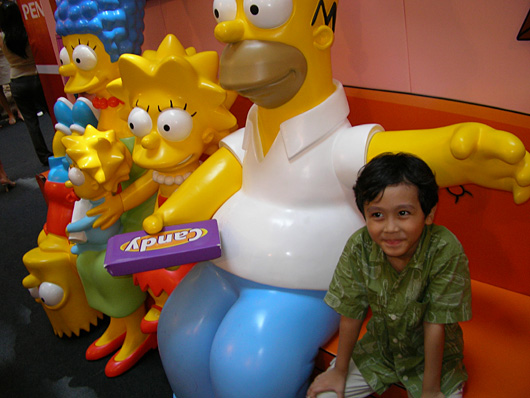 All the way from Zenn-La is the former astronomer turned Herald of Galactus, Norrin Radd. 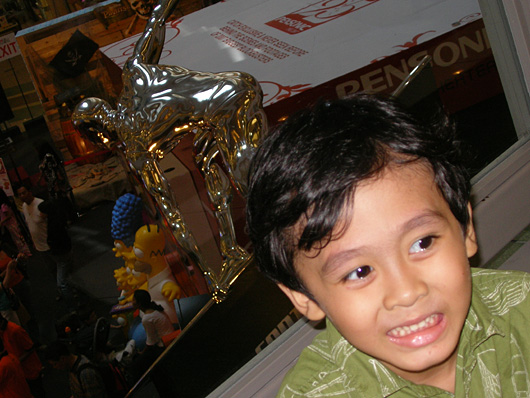 Because he was positioned at a high angle, it was difficult to take Mr. Radd’s picture easily with Irfan. So here’s a photo of him by his lonesome. 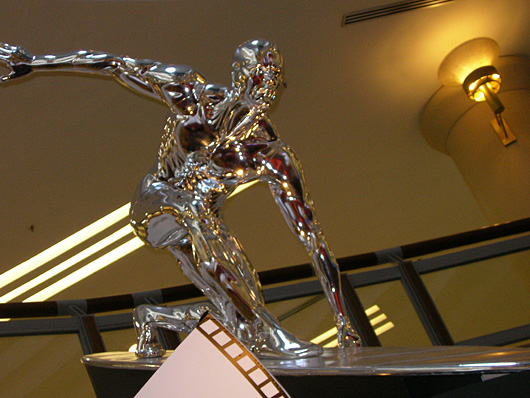 Elsewhere in the mall, Irfan takes a ride on the Batmobile. It’s quite an amazing piece of vehicle and required only a 50 sen coin for fuel. 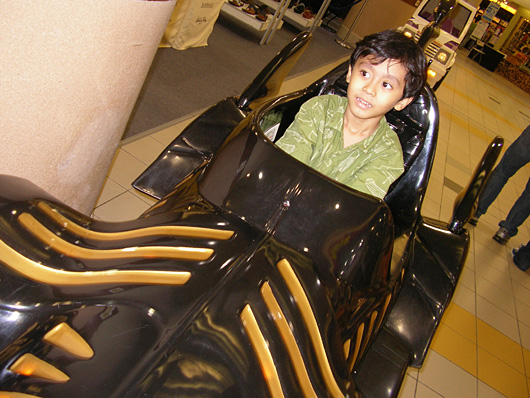 In MPH, Irfan spies the Pirates of the Caribbean: At World’s End movie storybook, which he saw on the big screen less than 24 hours ago. He left the bookstore after purchasing it. 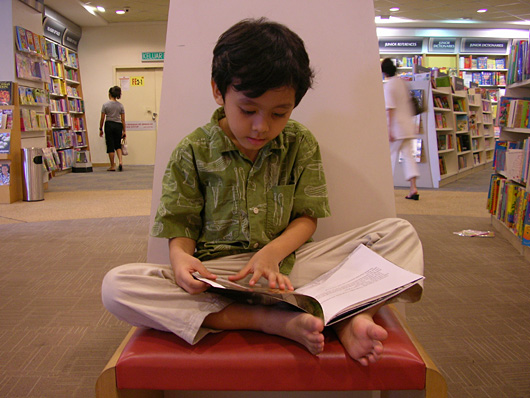 A reader of books

En route out of MPH, Irfan dances with joy at the sight of Mr. Men books, of which he has several. 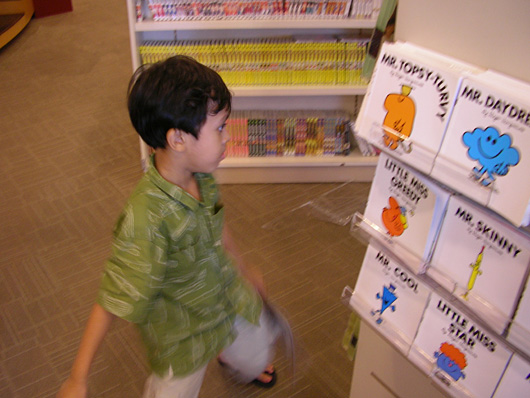 Dancing at the Mr. Men shelf

Another slide from my webinar last Friday for MAHS

Another slide from the webinar I spoke in Tabletop

Page 13 on my presentation slides for today's webi