Once upon a time, I marvelled at Irfan’s then-newfound abilities to reach a light switch.

These days he’s repairing the bicycle Atok bought for him last year all on his own. Here we see him attempting to remove his bike’s forward and rear lights which he had purchased and installed himself during the weekend. He even bought and installed the batteries for his lights himself. 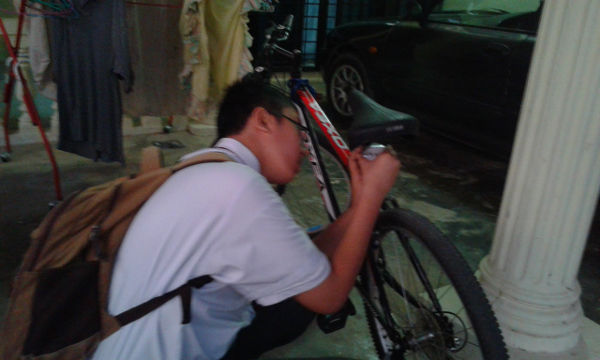 He even went to the bike shop alone to replace his seat, as 14-year-olds normally do. 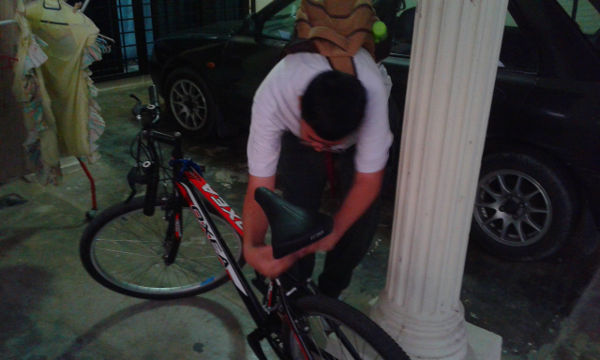 Maybe someday he’ll even repair communication satellites! I think he’s getting older by the second. Snif.

Posted in Family Pics and tagged Around the House, Irfan, School.