Last Saturday night’s Star Wars X-Wing Miniature game turned out well. It was Ain’s first game ever so Irfan and I decided to make this a straight up dogfight. No extra cards, no obstacles, no missions. Just blast each other out of the sky with what you have. 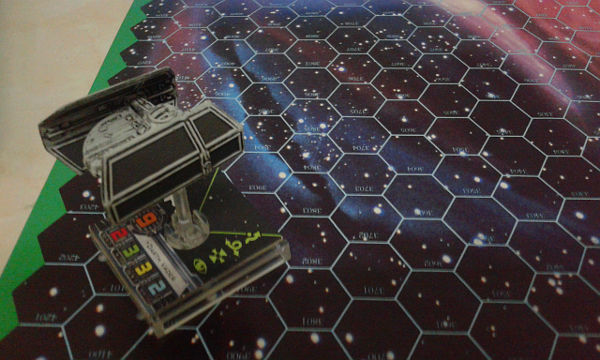 I played Darth Vader in the TIE Advanced. 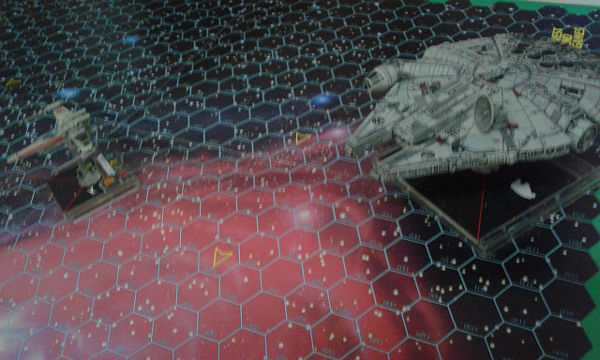 Irfan was Luke Skywalker in the T-65 X-wing fighter and Ain, to give her an edge over me, flew the YT-1300 freighter Millennium Falcon with the Han Solo card. 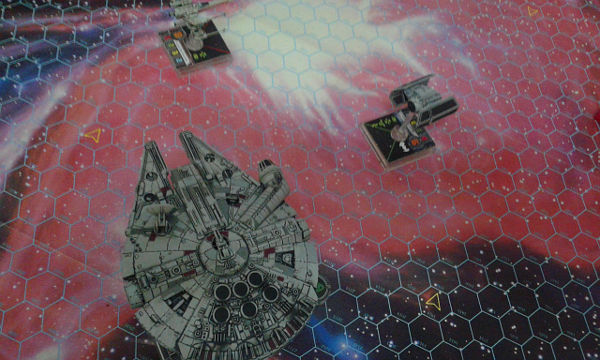 It turned out that even with Darth Vader’s high initiative number, the Falcon was quite a powerhouse in combat. At first I ignored it and went after the X-wing. We both passed each other at full speed and did a dropkick Koiogran turn, while the Falcon seemed to be swerving out toward the edge of the battlemat. Suddenly she banked right back into the fray. All my shots missed, thank you very much, totally useless Targeting Lock.

Because of the Falcon‘s 360 degree firing arc, it was easier for the freighter to hit me than me to hit it. My 2 Shields and 3 Hull were depleted pretty fast. 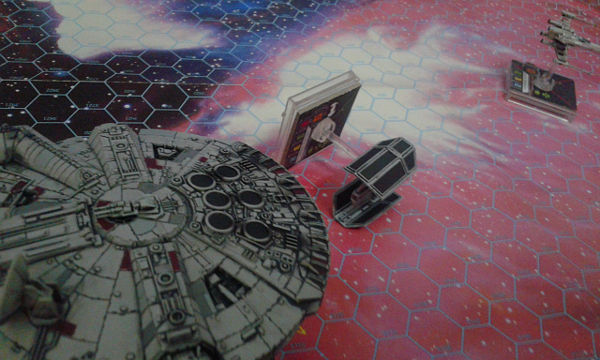 I am the worst Darth Vader ever.