And so it came to pass when Ain had to travel to KL to tend to Cikma’s surgery and recovery. (Spoilers: The surgery went well and she is recovering nicely.)

Irfan and I were unable to come with her as we had work to do that we were unable to put off. Irfan had tuition classes to attend while he underwent the SPM trial examinations.

I tried taking photos of Irfan and I having our meals and sent them to Ain while she was away. 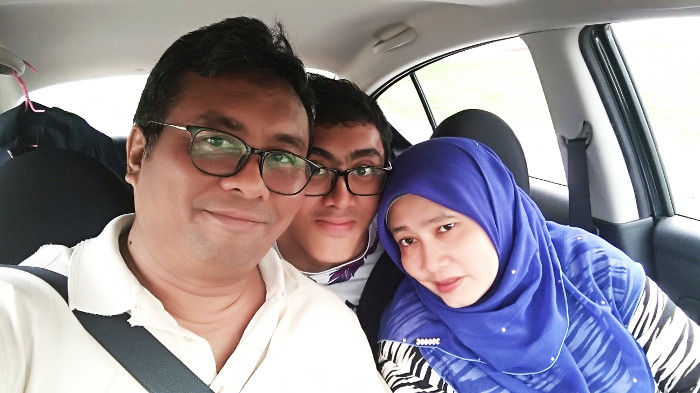 First day of splitting the party

Ain began her journey at the train station. It would take her about five hours for her to reach KL Sentral. On to the first meal that evening: 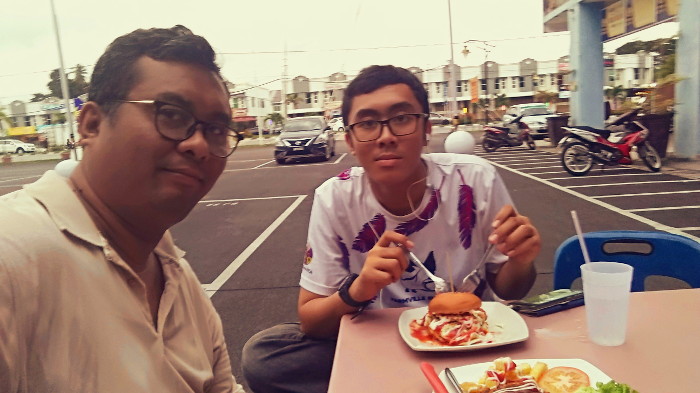 We ordered chicken chop and burger that first evening. 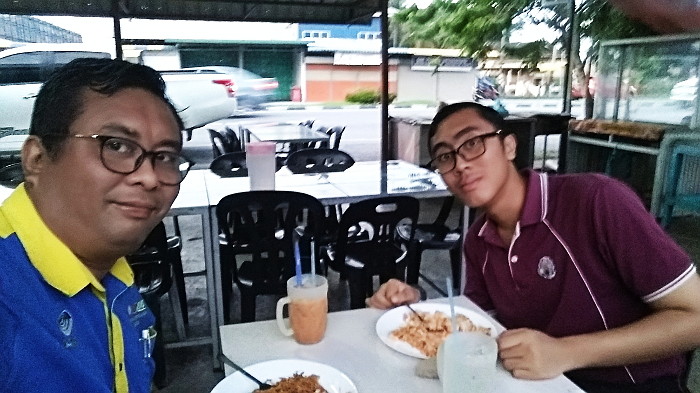 Next day, we had breakfast at Cik Nah’s. 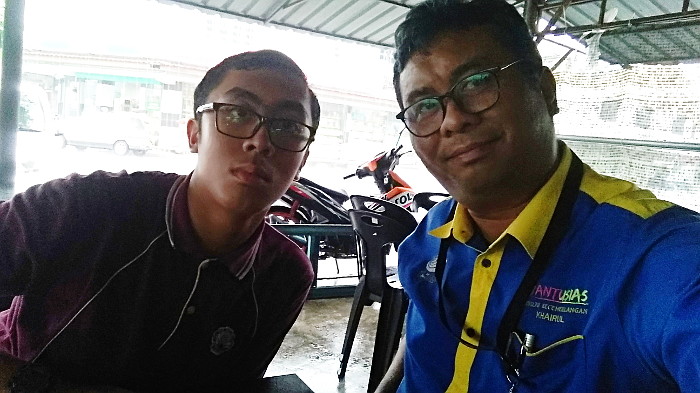 I picked Irfan up for a late lunch in Jejawi. 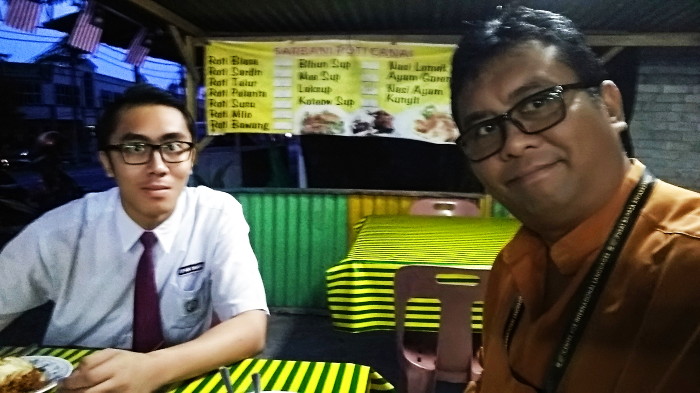 The next day we had breakfast further down the road in Jejawi. 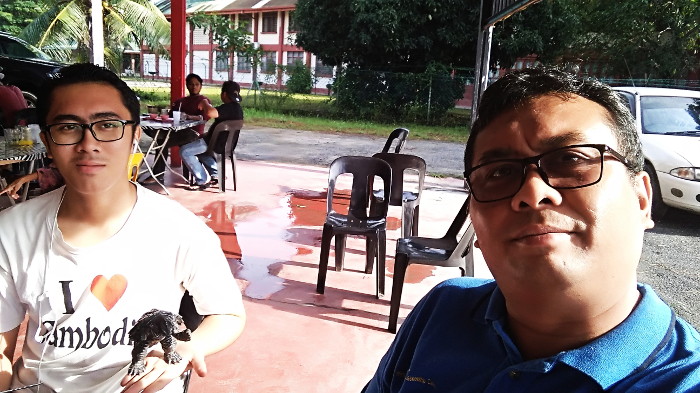 Then it was the Malaysian Independence Day. Gamera, Irfan and I had breakfast at Lyboy Corner. 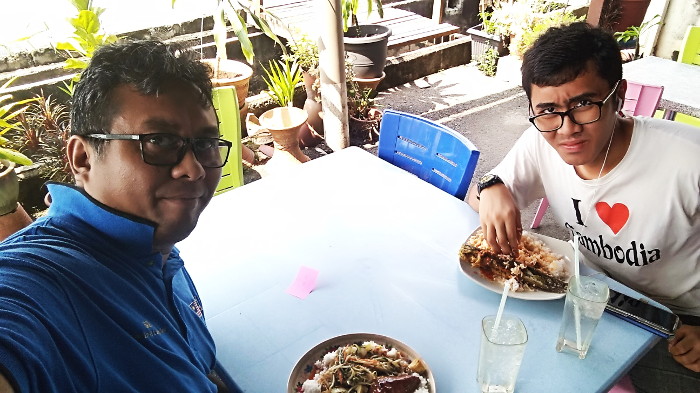 For lunch we went to a restaurant in Bintong. You might notice we did not have a lot of dinner photos as Irfan sometimes made us omelettes in the evenings. 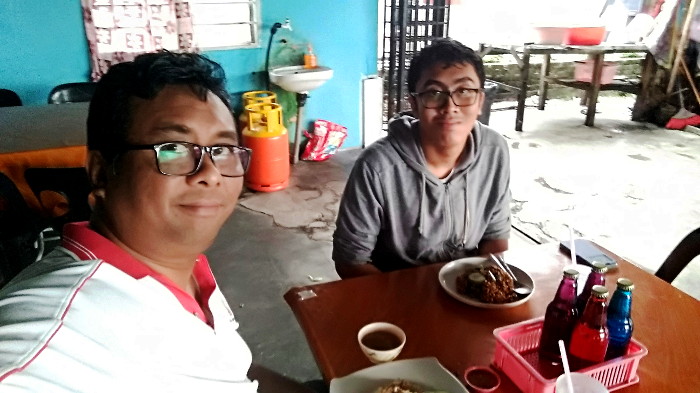 This was our penultimate day without Ain. 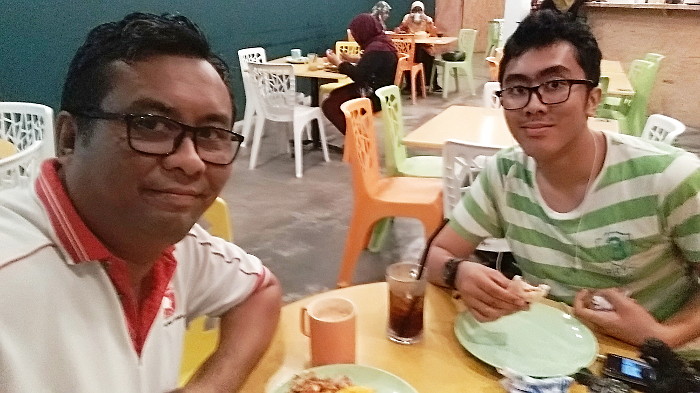 On our final day together, we had dinner outside at a new restaurant in Kangar. 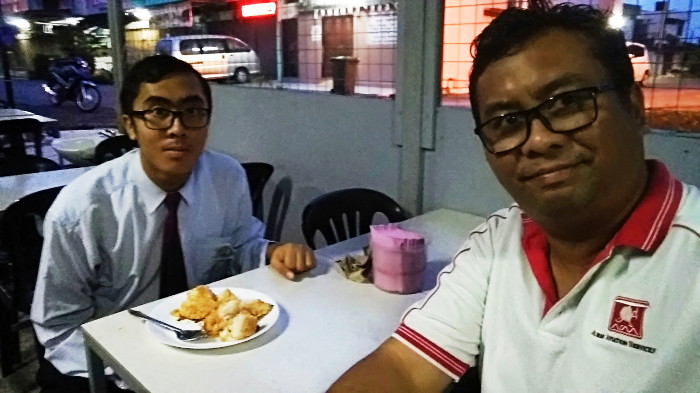 This would be our last breakfast as a duo as Ain would return home that very afternoon. 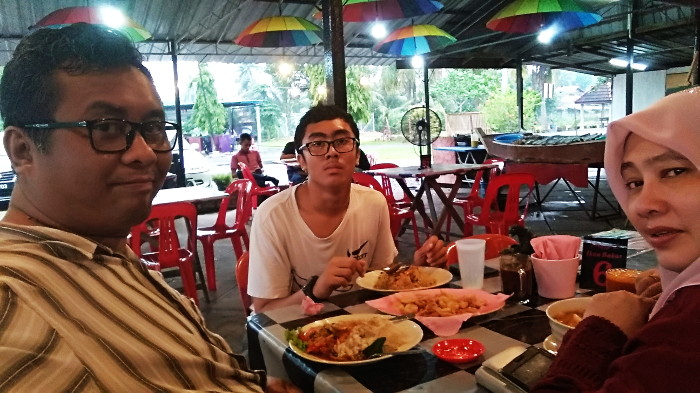 With Ain back with the Home Team, the cosmic order was restored.