Early Saturday morning we got into the car and headed out into the darkness towards Kelantan to avoid the festive season interstate traffic jam.

As usual when even when the sun began to rise we were thick in the middle of mountain mist. 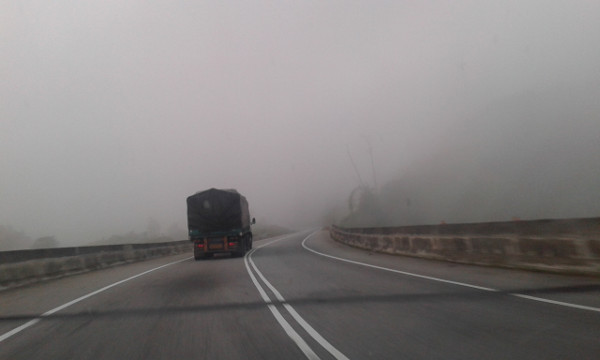 The roads after Baling had pockets of very thick water particles which we had to dive into. 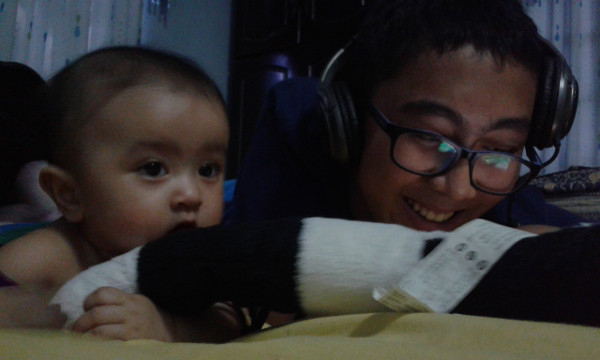 Sagoskatt and the two humans

Meanwhile, Rania and her parents got in front of us and reached Pasir Mas first. For two days, we played with her. She liked to hold conversations with us. I even babysat a couple of times her parents had to go downtown. 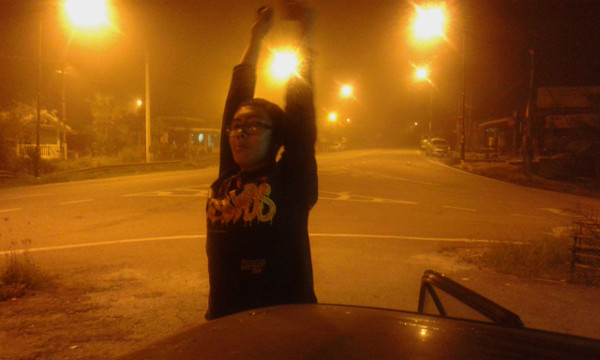 Early Monday morning, we headed for Sitiawan. After sahur at Ayer Lanas, we stopped for Subuh at the last village after Jeli before the road went up the mountains again. The surau and its adjoining public rest-rooms seemed to be uninhabited and no other travellers stopped while we were there… 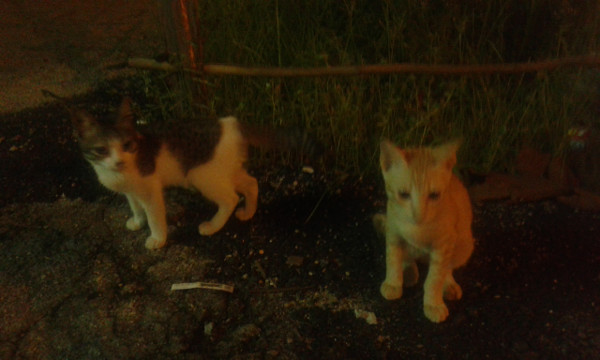 …except for some kitties. 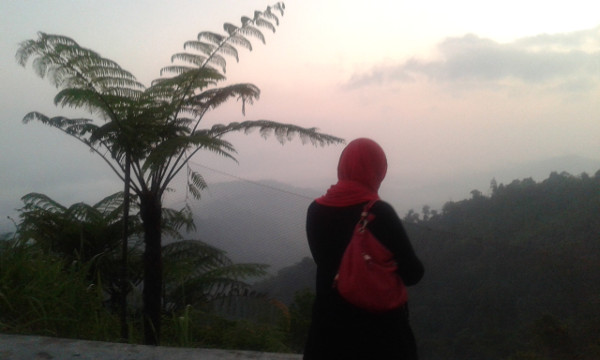 At the top of the mountains, we took a photo of the surroundings. Although there was a gigantic prehistoric tree fern there, we failed to spot any spinosaurid theropods in the vicinity. Neither were there any squadrons of flying elephants. 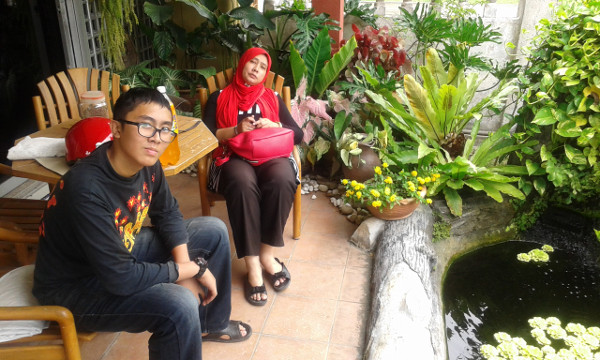 All too soon, we had arrived in Sitiawan two days before Aidilfitri.