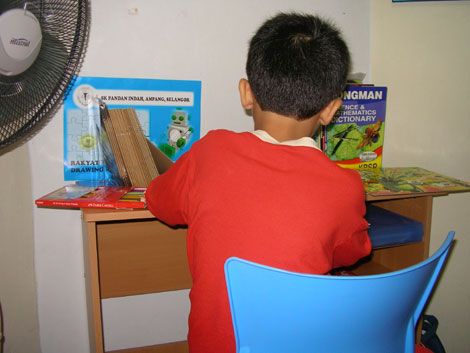 In anticipation of Irfan’s schooling days, we bought a new desk for him, which came by pretty cheap at Carrefour. After hauling the furniture, allowing it to percolate for 2 days before assembling it last weekend, Irfan finally had a Homework Desk. However, he didn’t seem too interested about it… until his first homework was assigned. Comparing with some of his photos in the rotating, blue-tinged header images on this blog, it seems like he’s really changing fast from being a little kid to a big kid.

We see him hard at work, in the picture above. He learned what the colour ochre looked like just minutes earlier.

After his homework, he planned on doing his Ben 10 jigsaw puzzle which is current favourite activity. He’d already done it twice before working on his homework. 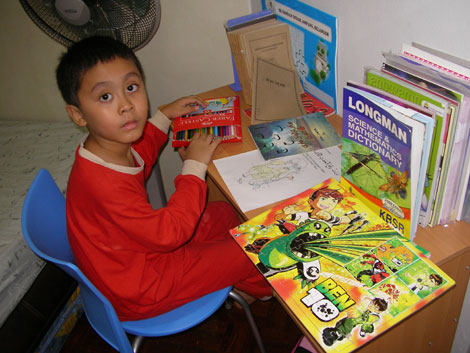 Working on the first school homework

But before he could start on the jigsaw puzzle, there was a knock on the door. It was Aiman armed with a hoodie. Irfan, naturally, deployed his toys for a late playtime with his cousin who enjoyed playing with them. 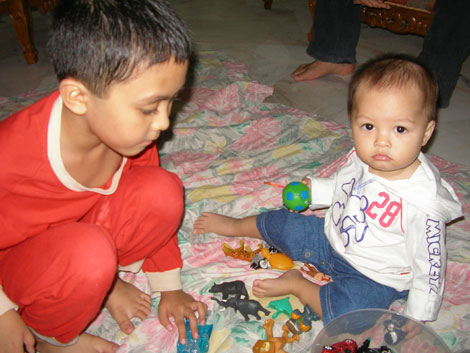 The sharing of toys

Finally, the duo attempted to play some music on the keyboard, but ended up with a somewhat discordant series of sforzando notes instead of Fur Elise. Also, there was some drooling involved in the course of making music. Many thanks to Irfan’s Cik Dik for the correct music terminology. 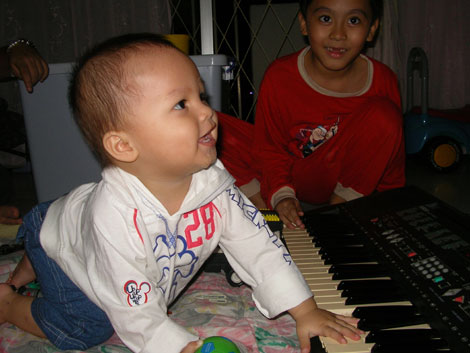 Arpeggio? I hardly think so!

Posted in Family Pics and tagged Around the House, Irfan, School.