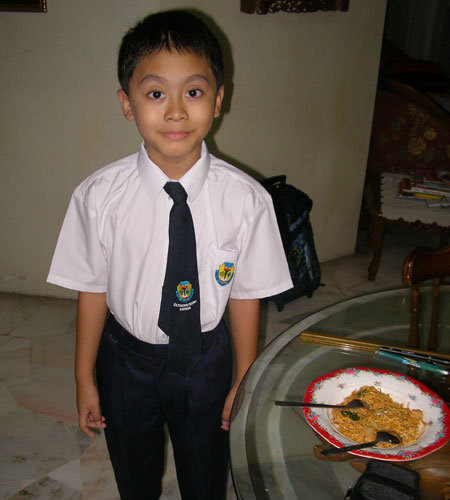 The Hour of the Wolf

Waking up earlier than he is wont to, Irfan took a bath, suited up and had some breakfast to eat, namely some freshly fried noodles. The previous night he tried togo to bed with wearing his tie.

Unfortunately, he fell asleep at the table before he could even grab a bite: 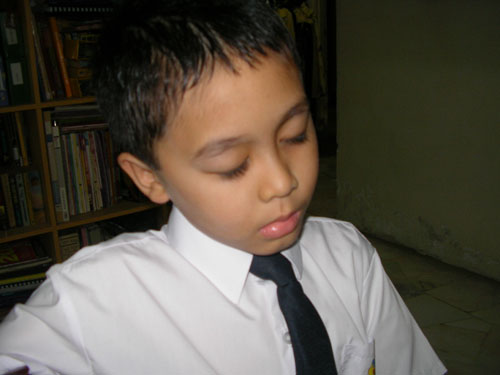 Then he rides down the elevator where the car awaits to take him to school. (Of course I had to drive the car, not him): 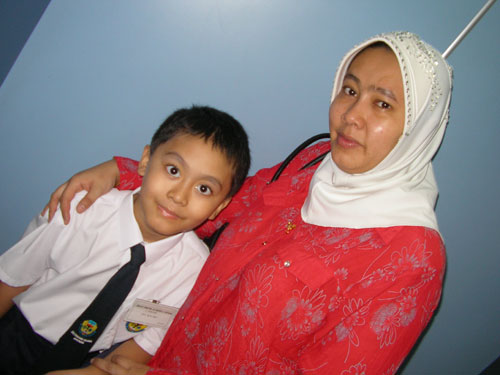 The Geometry of Shadows

He kisses his mother goodbye in his class before saying, “Mom. You and dad can go home now.” : 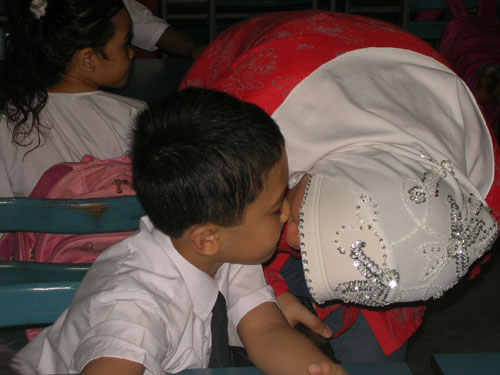 During the assembly, it’s not too difficult to spot Irfan in the crowd. It’s like he’s surrounded by Nelwyns: 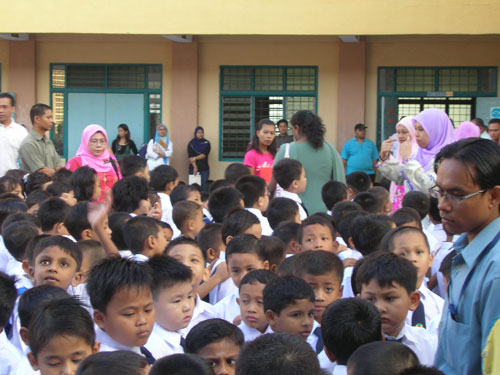 And the Rock Cried Out, No Hiding Place

We very much hope at this point he won’t captured by brownies, accosted by trolls and incinerated by an Eborsisk dragon.