I discovered an activity called Drawlloween that someone made up to draw things daily in October in conjunction with Halloween. There is a list of topics, which you can see at my Google Photo album. Naturally, instead of spooky stuff I turned it into an absolute nerdfest. 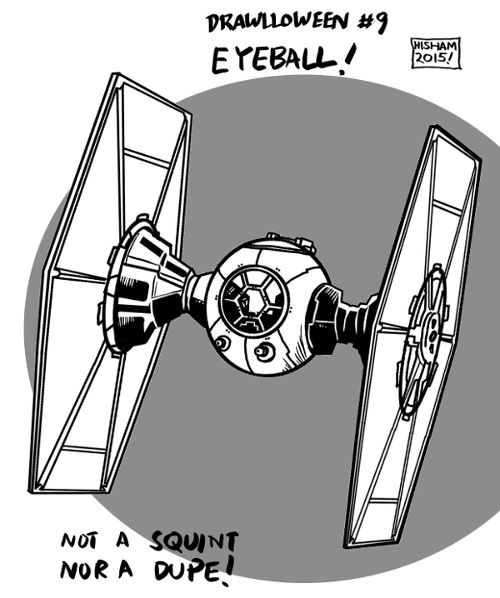 Eyeball is of course the pilot slang for an Imperial TIE fighter, just like squints are TIE interceptors, dupes TIE bombers and bright TIE Advanced. 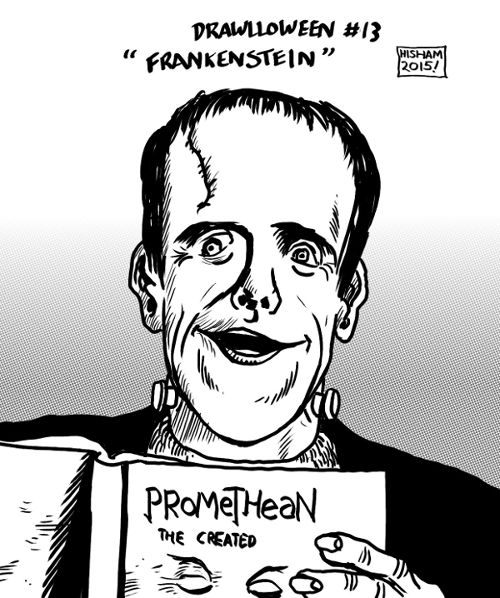 It’s actually Herman Munster reading Promethean The Created rule book. Elsewhere in the album (But not in this blog post) are Michael Morbius reading Vampire The Masquerade and Jacob Russell readying Werewolf The Forsaken. 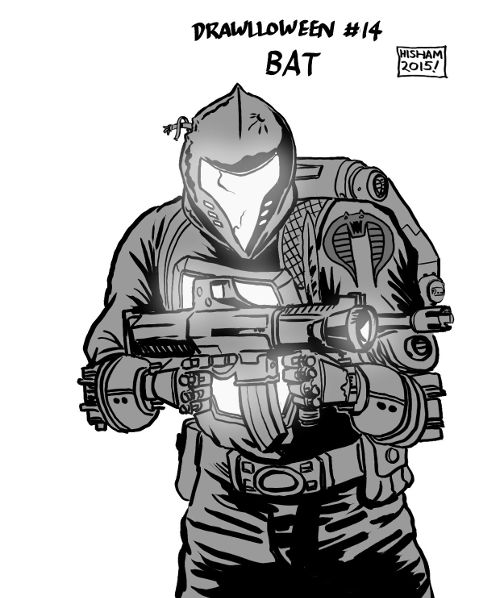 It’s not a nerdfest without at least one obscure G.I. Joe reference… 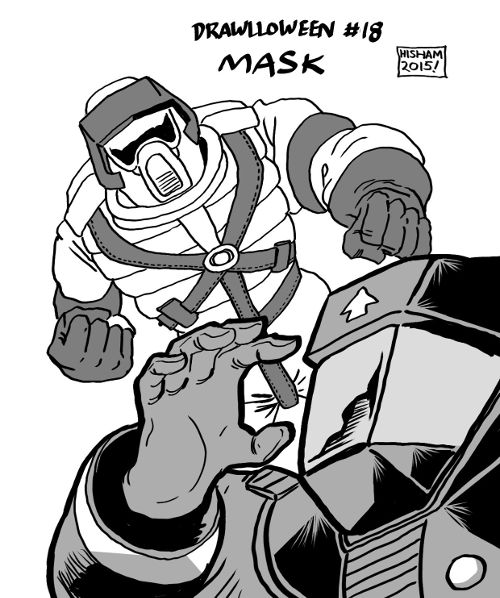 … nor without Matt Trakker and Miles Mayhem. 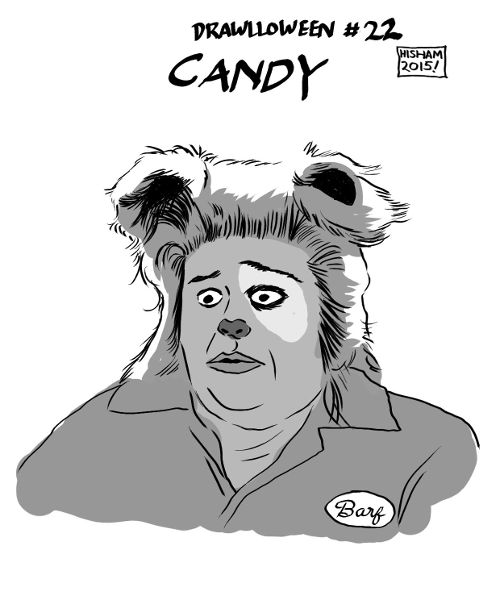 Barfolomew: “It’s not that we’re afraid, far from it, it’s just that we’ve got this thing about death… It’s not us.” 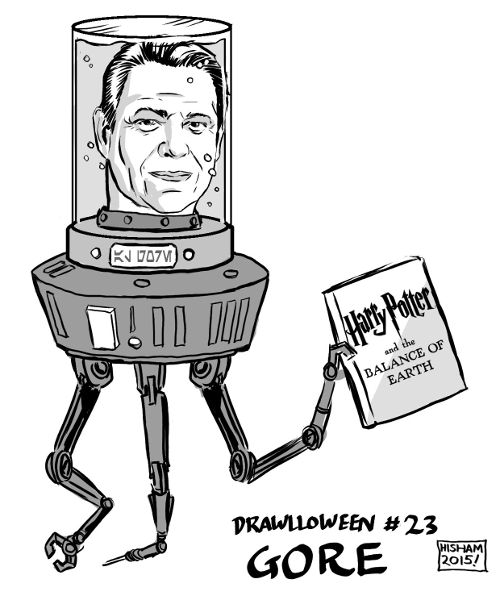 How many XPs do I get with a drawing that references Futurama which itself is referencing Star Wars and Harry Potter. 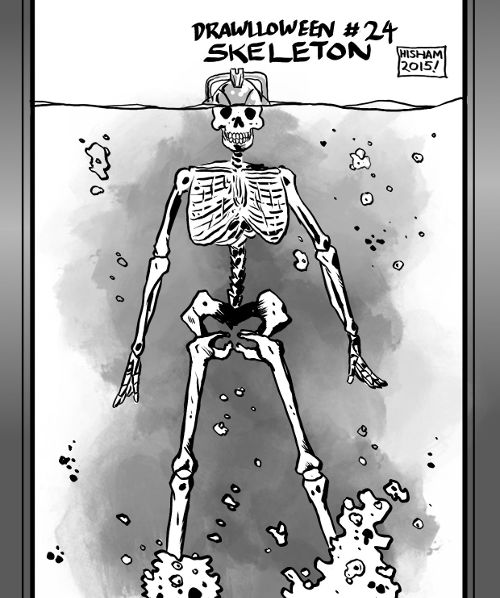 These aren’t really skeleton. The dark water is making anything inorganic invisible. 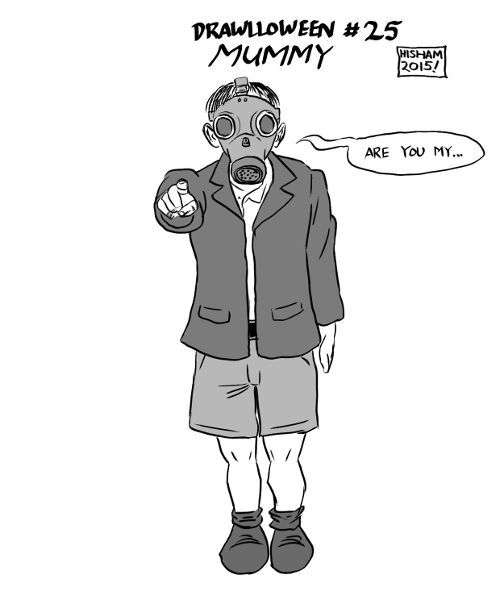 Could this child be any emptier? 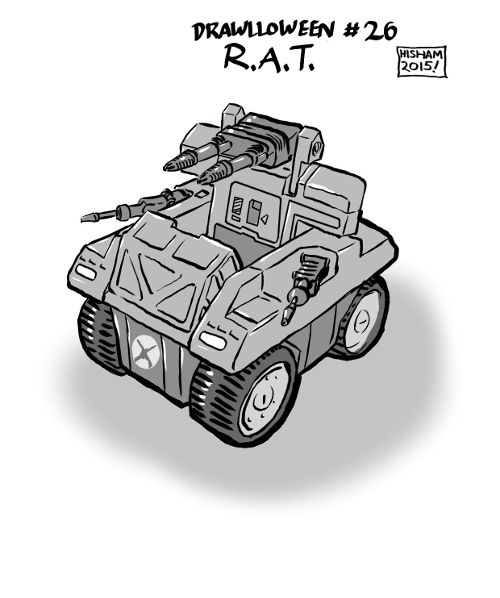 StarCom was a pretty good toy and animated series. They should bring it back and reboot it for a new generation. 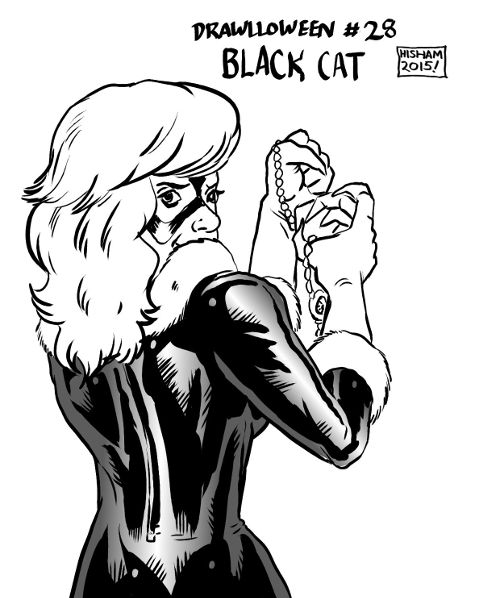 Next time I should do tryptiches so I can fit everything into 10 images. Click here to view the entire Drawlloween 2015 galery on Google Photos.