We had the opportunity to meet and play with Nia Nia again as Ayah Cik Farid and Cik Ma had a 24 hour or so overlap with our stay at Pasir Mas. The day before we had to depart, they arrived. 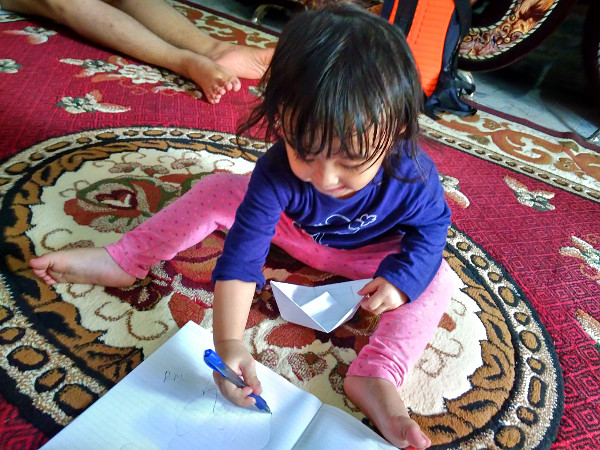 She showed us how to draw. Also, she asked us to read Irfan’s old Hippo book. 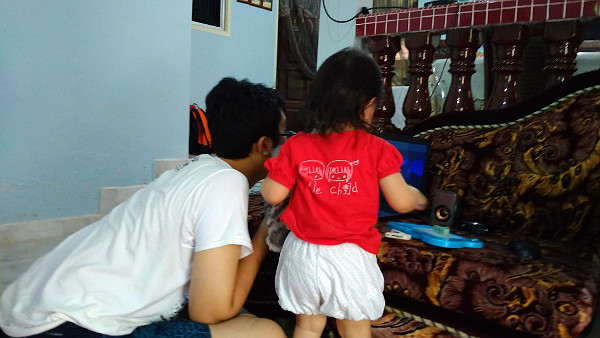 She especially liked dancing to the Mitchiri Neko toon on Youtube and picking out the odd cat out among the clusters of cute cat musicians on parade there. 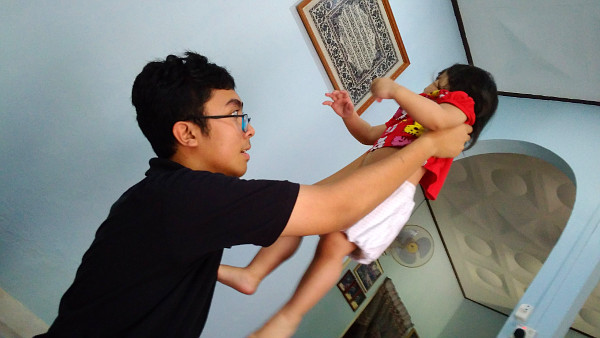 Irfan as usual was great with toddler-class cousins. 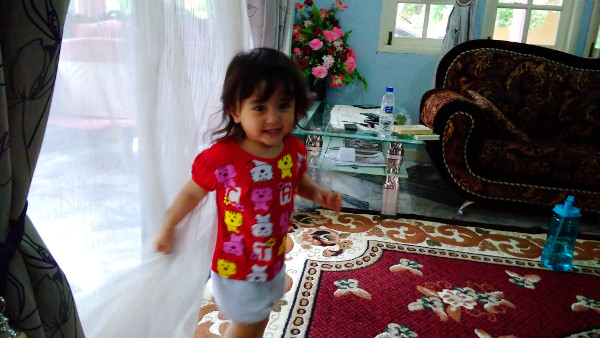 Nia of course loved playing hide and seek at Tok Ma’s drapes in the living room. 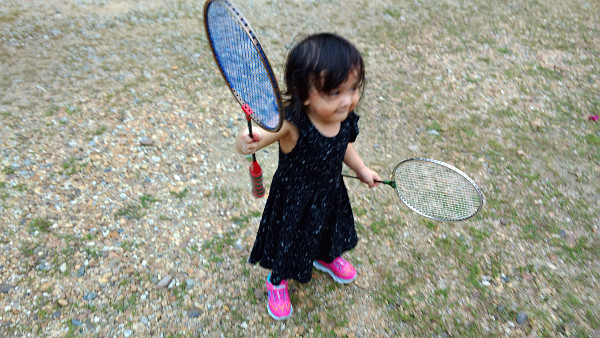 Later that afternoon, Nia Nia played badminton with her parents and Irfan. 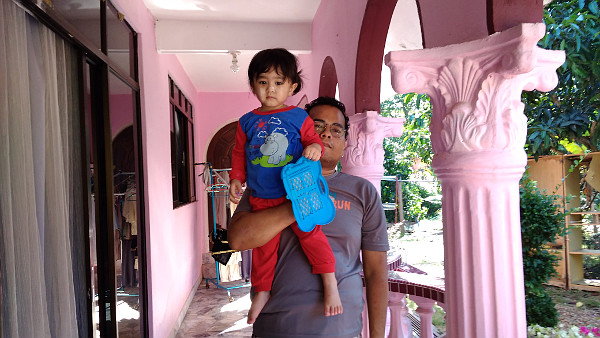 The next morning, we geared up for the return to Perlis. Nia played with her baby powder. She applied powder onto her cheeks and nose herself. 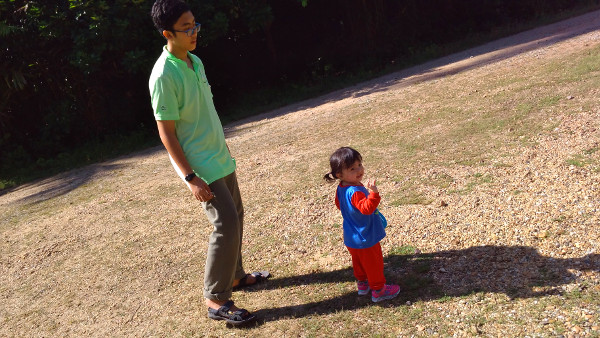 Irfan gladly became the shield against the morning sun for Nia as she explored the yard. Soon after, we said our goodbyes and headed over the mountains toward the Northwest. 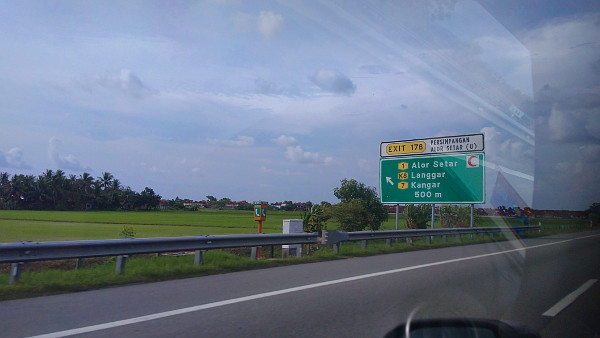 We were passing through the state of Kedah when this road sign declared quite a violent imperative. 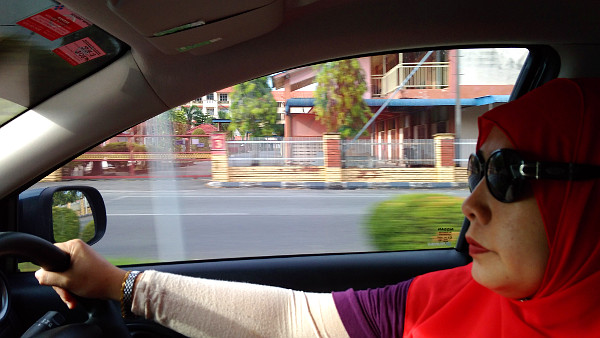 It was nearly journey’s end when Ain drove past Irfan’s school. (Ain took over the wheel at a masjid south of Jeniang.)