Last month, all of the sudden, I was tasked with writing a script for a short play for an English Language Carnival to be held at UUM. Not just that, but I had to coach the actors, who were all students of our business school. The theme was “peace”. So I wrote a script with 10 speaking roles (2 narrators included) entitled Requiem to War.

However the event was postponed on account of royal demise. Then we got word that a new date had been set. 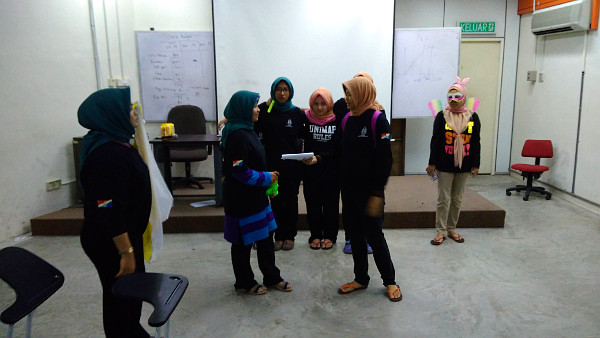 Some sort of requiem

All the actors got back into gear. I attended their final rehearsal. 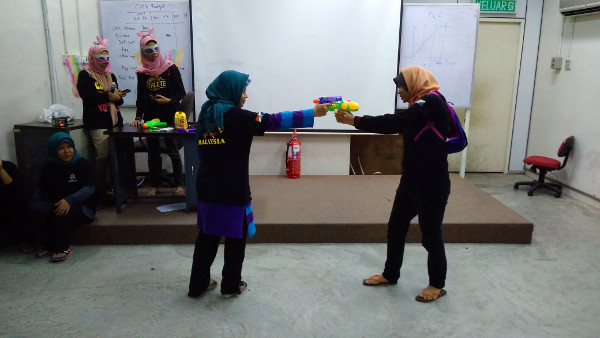 The lead actors tried to kill each other

I only handled the acting and staging part of the rehearsal. My colleague Yuzy did most of the heavy lifting with regards to costume, props and logistics for the troupe. 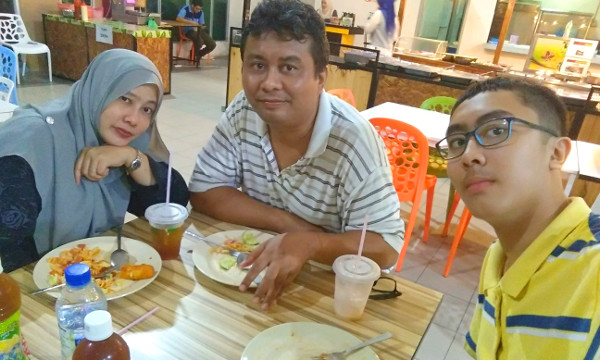 Friday evening, Irfan, Ain and I drove to UUM to check out the site of the event. We had dinner at the mall there. I wish we had a mall here. 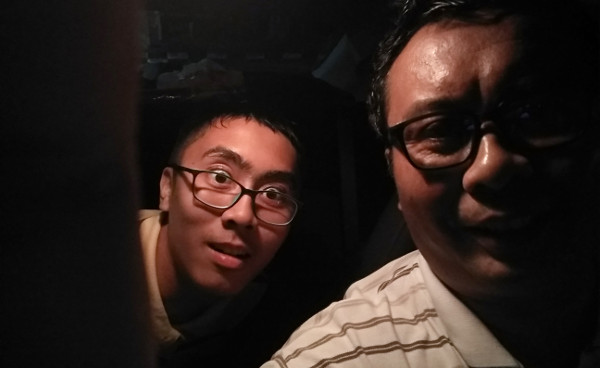 We also realised that the phone tried to determine our ages when we took this photo. The phone believes I am in my 30s while Irfan is in his 20s. 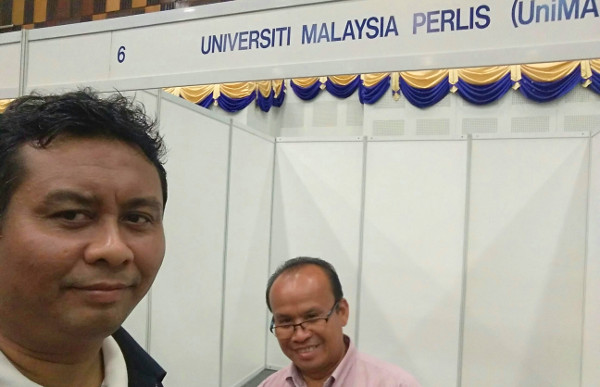 Ain dropped me off at the main hall where I rendezvoused with my colleague Nole. We found our booth, but where were the students? I joined the students who were undergoing briefing at a faculty some distance away. They were safe and sound. 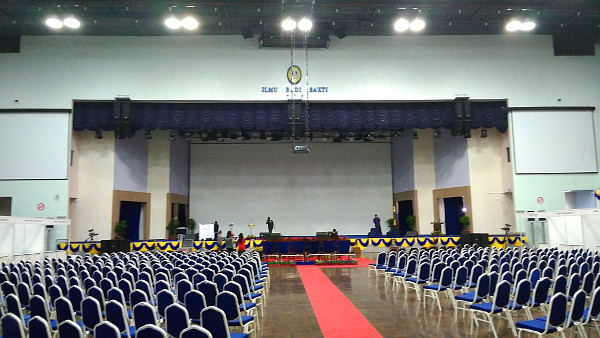 This stage would be where acting troupes from almost 20 public universities would perform the following day. 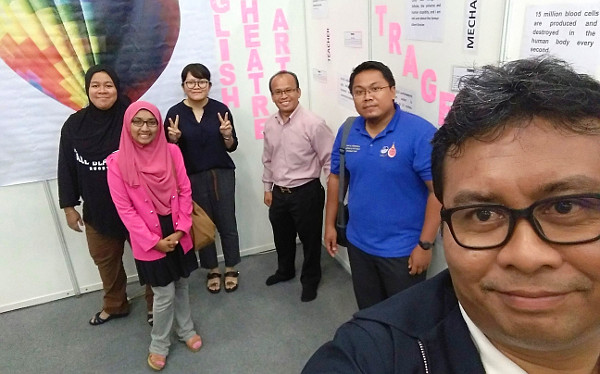 Our team of non-student participants posed for a photo at the booth before we headed home for the night. 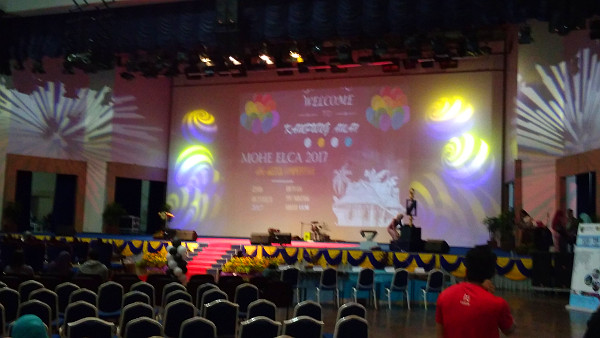 Sadly, our troupe did not make it to the finals. I was not able to attend the performances on Saturday as I had classes all day. I went in the evening to see the finals. The top winning troupes were quite outstanding. In any case our actors did the best that they could under the circumstances. 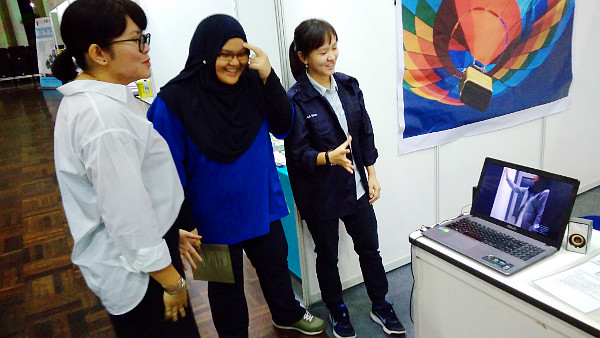 I also stitched together and displayed a video of my theatre acting co-curricular class for booth visitors to see. 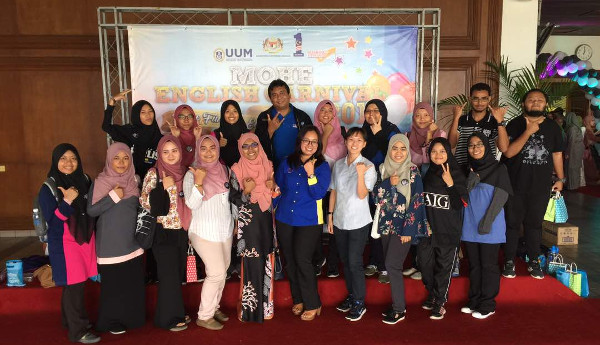 The carnival closing ceremony was held on Sunday morning. After the event the team (the ones that were in close vicinity) posed before the signage outside the hall. 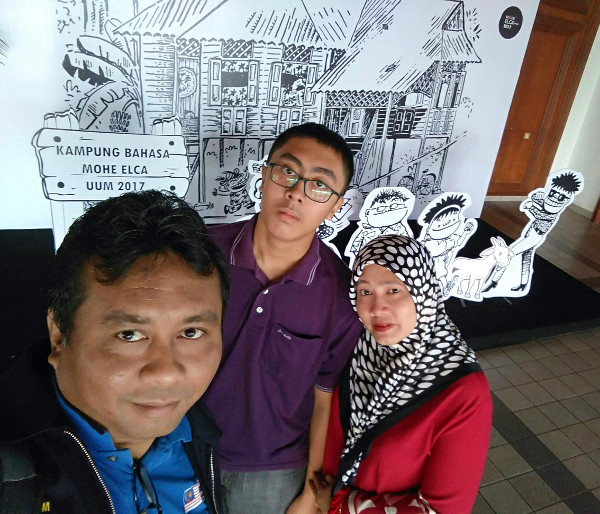 Lat art is the best art

Irfan, Ain and I managed to take a photo of the standee and backdrop signage. (Actually we took this photo when we first arrived Sunday morning.)

This had been a great experience in planning, preparing and coaching students for theatre. We learned a lot from this excursion to UUM. We believe we will be able to do a much better job next time.