When I was studying overseas back in the early 90s… very early 90s… I became acquainted by snail-mail to one Mary Jo Fox who was, with her friend James Addams, the publishers of the Star Wars fanzine Blue Harvest which ran for 21 “episodes”, another fine way of saying “issues”. They had a plethora of articles that you can read from, such as an interview with Michael Stackpole and A New Hope Special Edition review from way back when the EU was cooling down from its initial Big Bang.

Although it ran for years, I only provided art for the fanzine in its early days, mostly for its back cover right below the “Next Episode On Blue Harvest” blurb they usually have there. Here are two of the black and white artwork that were featured in the magazines: 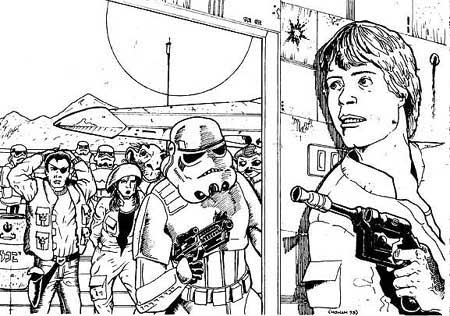 Luke and some people 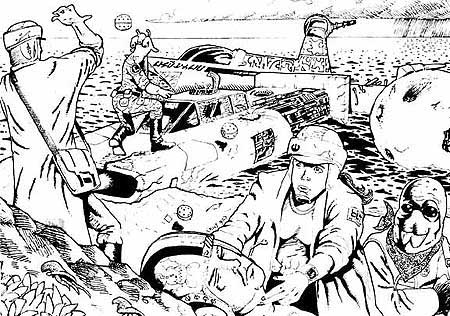 1993… man, that was a long time ago. These pieces were scanned by me from the magazines themselves. Since I mailed those pics to them and never kept copies, I’m pretty sure there are other illustrations that I’ve sent them and have since forgotten about. I wonder if they published those drawings in the episodes I don’t have…