One Friday morning we woke up discovered we had a water outage. We did not know how long the roof tanks would sustain us because driving through the town of Mata Ayer (ironic name in this case) nearby we noticed that the repair work being done, digging into the street there appeared to be major.

I thought that this would be a good time to have a sleep over at the office which was not affected by the repairs. After Irfan’s Bahasa Malaysia tuition, we headed for the office with our overnight bag. Also I actually also brought over some work from home back to the office.

I signed in with the guard and all. 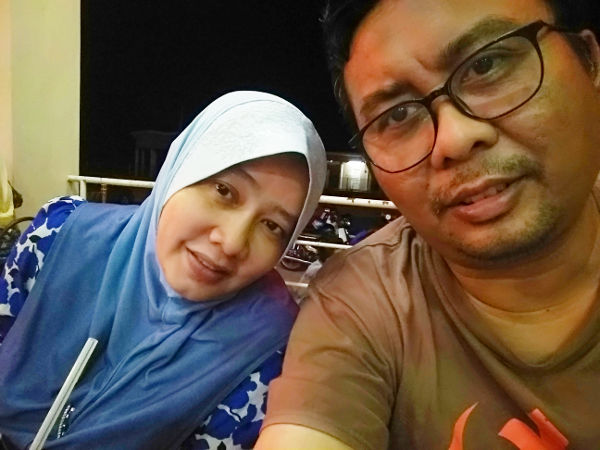 The R&R restaurants in front of the office were open, so we took away some food from there to my office. 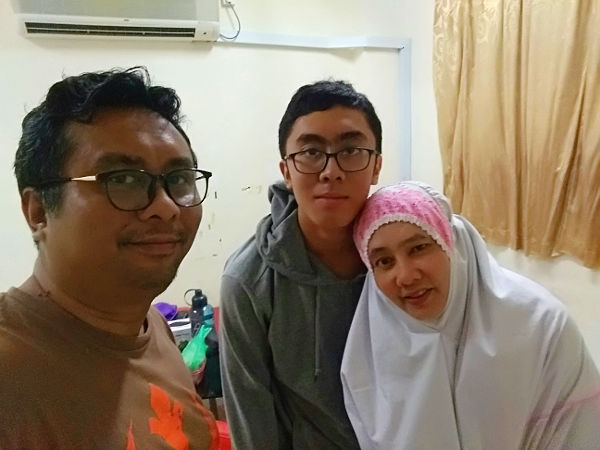 Soon we made ourselves at home at my office. The office is laid out like an apartment unit. My actual office space is one out of the three bedrooms in the unit. There are also a small common area with a table, a kitchen and a couple of showers and bathrooms. 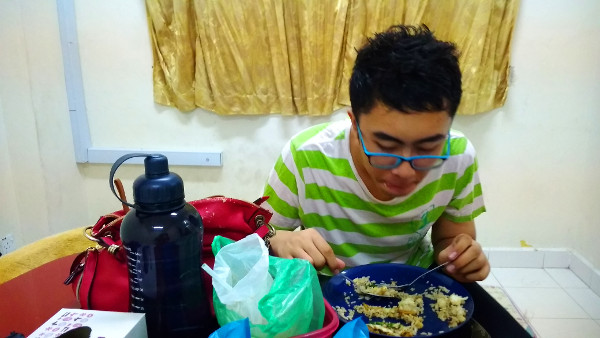 Irfan had his dinner after a shower at my unit’s bathroom. 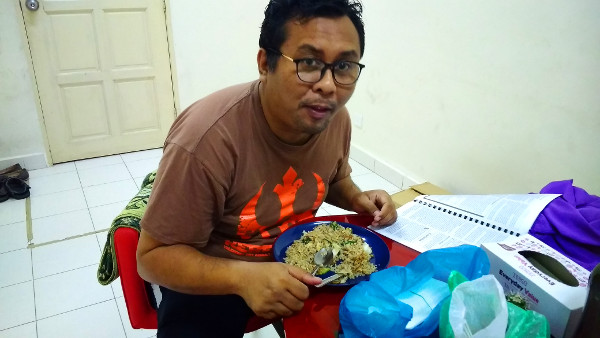 I had nasi goreng for dinner

We all had our dinner. 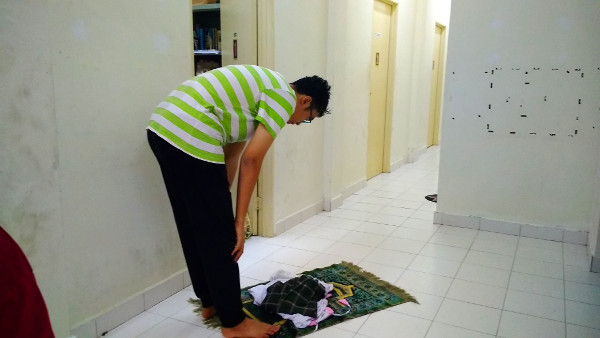 Qiblat was clearly marked so we knew which direction to pray. 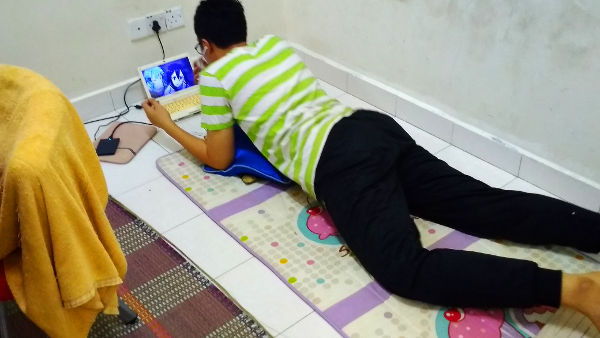 Anime is that way

Then, Irfan watched his anime. 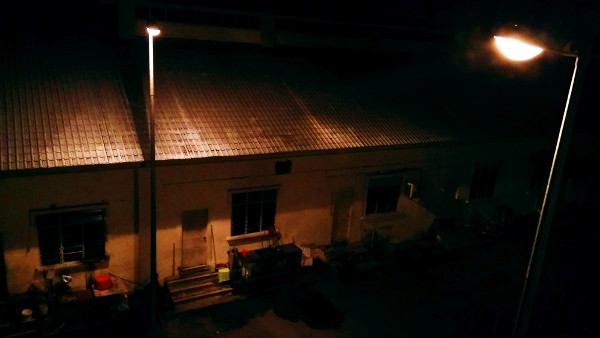 Past midnight when true darkness falls

After midnight, we saw via at the alley behind the restaurants that they had already closed. Everything was dark but for the streetlamps. We were the only ones in the building, except for the guard at the guard house. However, no Sanity checks had to be made. 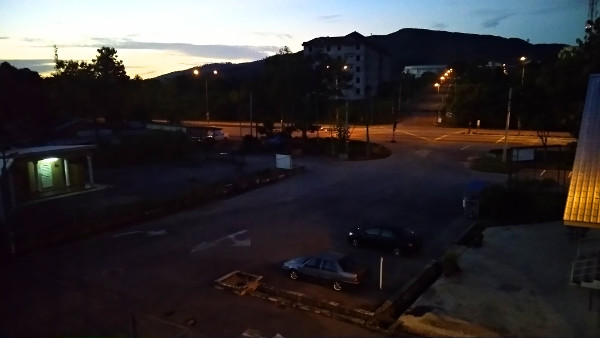 First light is the best kind of light

Next morning, a neighbour informed us by phone that water supply had returned to the houses the previous night. I admit there was not enough time to really enjoy ourselves overnight. No boardgames and other such activities. Maybe we should go camping next.