The ubiquitous Imperial Stormtrooper Corps is feared throughout the galaxy, which warrant their own set of paper minis. Here is a full 8-man stormtrooper squad. Are they Carida Academy graduates or GeNode clones? Who cares. I just want pie. 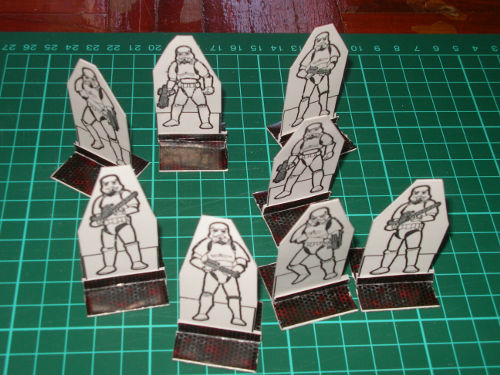 Stormtrooper Scouts a.k.a Scout Troopers are highly mobile and lightly armoured. Here they are aimless without their 74-Z speeder bikes and waiting for the bus. 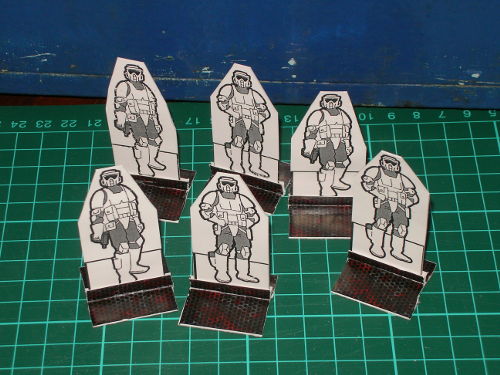 Meanwhile, on the frozen planet of Hoth, four Snowtroopers were about to form a band.However, they forgot their thermal underwear. 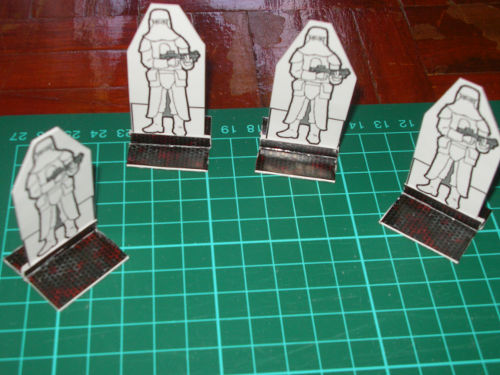 Storm Commandos use the Scout armour but painted black. So, I just inverted colours on the Scout minis, and voila! (Actually they’re not exactly identical, so these Commando minis aren’t really accurate.) 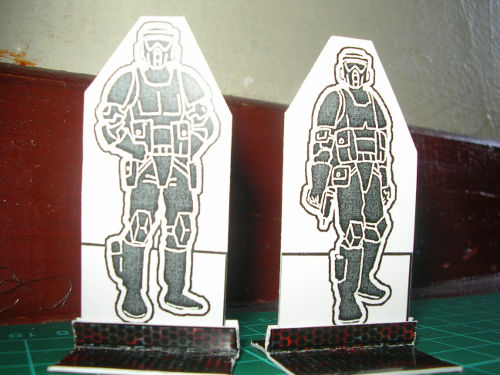 You can also save money by printing these suckers in monochrome. I made them all in black and white.